This is the third installment of our Topic of the Month: Towards a Hydrogen Economy 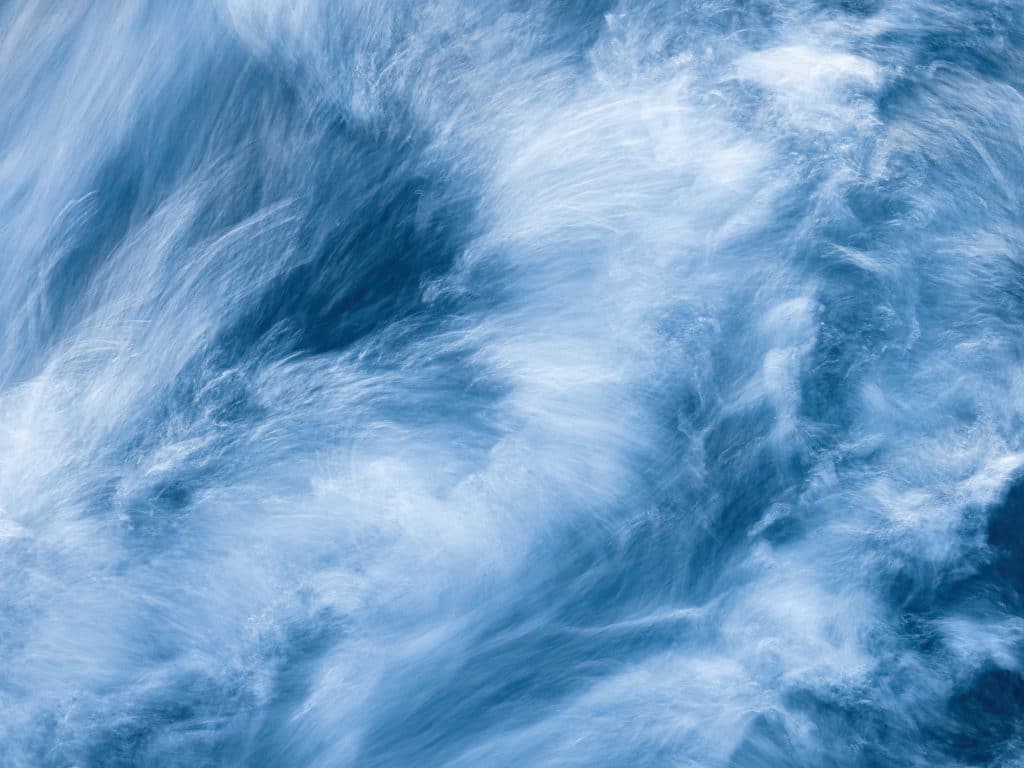 Related
Topic of the Month Hydrogen demand: several uses but significant uncertainty
Topic of the Month ‘Clean’ hydrogen production: a nascent market and several promising technologies
event When and how to regulate hydrogen networks? A European Energy Regulators’ White Paper

In the first two articles of this Topic of the Month,  we focused on hydrogen demand and hydrogen production. In this third installment, we will explore the regulatory framework for hydrogen.

A consensus has emerged that low and zero-carbon hydrogen will play an important role in Europe’s energy future. Commission President von der Leyen has stated that “Clean hydrogen demonstrates that we can reconcile our economy with the health of our planet. And this is precisely the spirit of the European Green Deal”[1].

In its Hydrogen Strategy[2], the European Commission has announced, as a goal, an annual production capacity for renewable hydrogen of one million tons by 2024 and ten million tons by 2030. This is somewhat more than the ‘grey’ (highly GHG intensive) hydrogen currently consumed as feedstock in the EU. The goal is ambitious. But it is also realistic: a recent FSR study[3] calculated the ETS prices required to catalyze low and zero-carbon hydrogen to substitute ‘grey’ feedstock hydrogen and there is also funding from the European Recovery Plan and national hydrogen strategies.

Whilst the EU is (again) taking a front-runner role here, we can also expect action across the globe, particularly with the election of President Biden.

The executive director of IEA Birol believes that to achieve Paris Climate Agreement goals global low carbon hydrogen production should reach 40 million tons by 2030 from 450000 tons today[4]. Again, this is ambitious, but also realistic and necessary.

The challenge is now to provide the right incentives and to choose the best regulatory framework to drive this change in a cost-effective manner that will benefit EU citizens. Some suggestions are provided by IRENA[5], but again the EU will need to lead. The Commission intends to table a legislative framework in October, and Member States are already designing their national support programs. EU legislation is unlikely to be adopted before 2023 and, on that timetable, will enter into force only in 2024.

The EU, both at the Community and Member State level, is also in a position to provide public finance support for hydrogen projects.

At least 250 billion euros from the NextGenerationEU Recovery Plan instrument, mobilized for the recovery of the EU economy, will be spent on actions for achieving the Green Deal. Together with energy efficiency for the ‘Renovation Wave’, and renewable energy investments, kick-starting the hydrogen economy is at the top of many Member States’ spending lists. EU instruments such as the ETS Innovation Fund and Horizon will focus on developing technological leadership in the EU. Hydrogen Valleys, Hydrogen Islands, and the European Hydrogen Backbone will emerge shortly.

The EU will, therefore, invest massively over the next years in kick-starting the clean hydrogen economy. What is urgent, then, is for the EU to pioneer the regulatory framework that will get the maximum benefit from public investment, in terms of GHG saved, technological leadership acquired, while putting the EU on a path to develop an efficient zero-carbon hydrogen market for the 2050 deadline.

The EU has already taken an important first step with the proposed revision of the TEN-E Regulation[6]. The TEN-E framework is a central instrument in the development of an internal energy market. In the future it will be instrumental in achieving the European Green Deal objectives, in the same way that it has played a decisive role in the past in promoting its energy security. An integrated hydrogen infrastructure network is an essential element in a competitive hydrogen market that only the single market can offer. The proposed Regulation includes new and repurposed hydrogen transmission infrastructure and storage, as well as cross-border electrolyser facilities within its scope. The planning and development of this grid will need to start immediately, and thus the TEN-E revision proposes that hydrogen infrastructure and storage will be included in the forthcoming Ten Year Network Development Plans, the TYNDP. The resultant PCIs – Projects of Common Interest – with cross-border relevance can then be financed under the Connecting Europe Facility, providing that they meet defined sustainability and other criteria. The EU legislative process is lengthy. The changes are, however, urgent. Planning needs to start today. We can, therefore, hope that the Council and Parliament will accelerate discussions, even if there remain some controversial issues, and we can expect the new framework to be in place by 2023.

Hydrogen infrastructure development is, however, still at an early stage.

A group of European companies have proposed to start planning the European Hydrogen Backbone[7]. They estimate that for hydrogen to develop to its full potential, a 6800 km pipeline network will need to be ready by 2030 and will need to grow to 23000 km by 2040. It is estimated that 75% of the network will be achieved by repurposing existing natural gas pipelines, in line with the findings in the Commission’s Hydrogen Strategy that this is the most cost-effective approach. They estimate the transport costs in the interval of 0.09-0.17 euros per kilogram of hydrogen per 1000 km.

We can thus expect massive public investments and financing to be committed to kick-starting the hydrogen market over the next few years. As such it is indispensable that we urgently reflect on the future regulatory regime for hydrogen. The conditions for access to the transmission networks and common rules for the internal market in hydrogen need to be designed, as well as the framework for how hydrogen should compete for demand.

In many respects, this is far from simple, particularly with respect to trading rules and guarantees of origin. There are many unknowns, and considerable technological development will occur in the next few years. For example, promising new manufacturing processes for zero and even negative carbon hydrogen are emerging, such as pyrolysis powered by renewable electricity. It is important not to create market structures and support mechanisms for financing what may become stranded assets: unless support is targeted to a particular technology with the aim of bringing it to a maturity/industrial scale.

Nonetheless, there are some issues that are relatively clear. The hydrogen grid will, largely, have the same characteristics as the natural gas grid. It will be an essential service for market actors, and it will transport molecules physically.

Therefore, at this stage, the best way to establish the basic future hydrogen market rules would be to follow the logic and principles established for the regulation of the natural gas market through the Gas Regulation[8] and Gas Directive[9]. Non-discriminatory access to networks and the unbundling rules have served well in establishing a dynamic market for natural gas. There are no reasons for believing that the same approach should not be followed for the regulation of hydrogen. Whilst a detailed examination of the gas rules is required in determining whether a ‘graduated approach’ is needed for balancing regulatory simplicity with effective regulation during the early years of the development of the grid, the principle of mirroring gas and hydrogen regulation makes sense. With respect to very detailed regulation, for example grid codes, one approach that merits consideration is delegating to the Commission the responsibility for implementing/adapting the gas grid codes for the emerging hydrogen market as and when required.

New trading rules and mechanisms for enabling the new hydrogen market to function efficiently will also be needed.

In particular, the development of a clean hydrogen market will require the use of guarantees of origin. Low and zero-carbon hydrogen is an identical commodity from the viewpoint of the consumer, irrespective of its source and manufacturing process. Again, there are many unknowns to factor in here. In the Commission’s Hydrogen Strategy, it is predicted that renewable hydrogen will be competitive with blue hydrogen by 2030. But this relies on assumptions of very low renewable electricity prices by that date which are, at best, uncertain; even if it is possible to produce low-cost renewable PV electricity, this is not an infinitely scalable resource over the short term, and producers would make greater profits by selling it into the higher-priced electricity market than producing cheap renewable hydrogen. Likewise, it is unknown which potential hydrogen consumers will be exposed to the ETS mechanism and the ETS price. Regulatory technology ‘cherry picking’ would appear, then, unwise in terms of guarantees of origin; these will need to objectively indicate the GHG levels of the hydrogen produced/sold (which would be available to all forms of low and zero-carbon hydrogen based on a life-cycle analysis). This means the creation of a robust system for the certification and the tracking of renewable hydrogen.

Finally, in the Commission’s Hydrogen Strategy, there is the idea of imposing a quota obligation for hydrogen actual/potential consumers, such as those that already use hydrogen as a feedstock (ammonia, methanol, steel) or as an energy source (cement, steel, chemicals, transport…). Whilst this would surely accelerate the transition to clean hydrogen, it would equally create serious distortions in the markets and potentially affect the global competitiveness of European industries. Given the new occupant of the White House, it might make more sense to  look for a global approach first.

Time is pressing. By 2050, Europe must be carbon neutral.

To be on a realistic decarbonisation pathway, the EU needs to achieve its 2030 55% GHG reduction target. Clean hydrogen is a key component in this change, and its regulation framework needs to be quickly created. A strong precedent via the Gas Directive provides the necessary framework. Nonetheless, new challenges exist, most importantly how should the market framework be designed for a product where we can expect important technological change? Such change can be expected both with respect to zero-carbon hydrogen production and its potential end use. In addition, we need to factor in many regulatory and market uncertainties including ETS price and industry coverage, renewable electricity prices and availability and fossil fuel prices (that hydrogen must displace). Setting the future regulatory framework for what is essentially a moving target requires recognition of these uncertainties.

In designing the future-market framework, for example, it is important to understand that in the not too distant future, the zero-carbon hydrogen market will be a simple commodity market. The cheapest form of zero-carbon hydrogen will prevail, whether it is produced in the EU or imported. Thus, the basic foundations of the Internal Energy Market will also need to be the most basic foundation of the future low and zero-carbon hydrogen market. It is equally the basis of energy sector integration: undistorted (as possible) competition between energy sources taking full account of their relevant externalities, and above all GHG levels. Designing a framework that facilitates and drives this competition towards lower GHG energy sources and vectors will bring the greatest benefits to EU citizens, drive innovation while avoiding stranded assts.