Hydrogen in the Energy Transition

In this cover the basics article, we answer some frequently asked questions about hydrogen and we explore how it contributes to the energy transition. 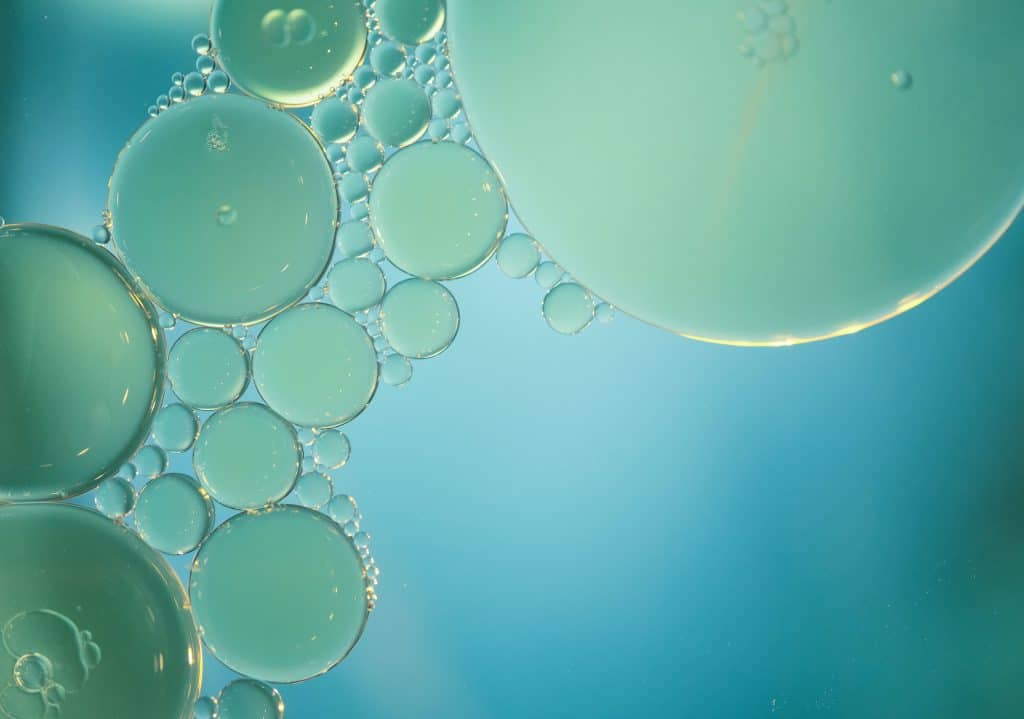 Achieving the ambitions of the EU Green Deal will require innovation and diversification across several key areas. One tool which is believed by many to be useful in addressing tricky decarbonisation issues in multiple sectors is clean hydrogen.

In this article, we aim to map the contemporary hydrogen landscape by responding to five common questions. What is hydrogen? What are the current and potential uses of hydrogen? How is it produced? What do hydrogen supply chains look like? Which strategies and laws are aimed at supporting a clean hydrogen economy in the EU?

Confusingly, we can talk about hydrogen in both its atomic and molecular forms. The hydrogen atom is by a huge margin the most common atom in the known universe, making up roughly three-quarters of its mass. However, hydrogen in molecular form, ‘H2,’ i.e. two hydrogen atoms bonded together, is scarce and on earth is only found in combination with other atoms, like oxygen in the case of water or carbon in the case of methane.

Hydrogen molecules are the focus of this section. At room temperature, hydrogen molecules are an odourless colourless gas with the lowest density of any gas. As we cannot directly extract gaseous hydrogen as we can with some other energy vectors, we must liberate it from other products such as methane, water, coal and biomass. This can be done through a variety of processes, which we will explore later.

What current and potential uses are there for hydrogen?

We focus on two broad applications of hydrogen (i) as an industrial feedstock and reductant, and as an (ii) energy vector in the power system.

More than 90% of the existing demand for hydrogen in the EU is related to industrial processes, in which hydrogen is a feedstock and a reductant.

In a decarbonised future we can imagine that demand for crude oil will drop considerably, reducing the demand for hydrogen in this sector, which is the biggest current consumer. What remains of current fossil hydrogen demand will need to be replaced with more sustainably produced hydrogen. However, in recent years hydrogen has also caught the attention of other sectors, most notably in applications as an energy vector. These uses remain very marginal in the EU today, constituting ~0.7 million tonnes (Mt) of the 8.4 Mt (IRENA, 2021) overall demand, with virtually all of this being of fossil origin. However, according to the International Renewable Energy Agency (IRENA, 2021) by 2050 hydrogen could represent as much as 12% of final global energy consumption.

How is hydrogen produced?

Here we explore how hydrogen is produced and how it can be made more sustainable (Figure 2).

As a reference, in 2018 the global production of grey hydrogen for industrial feedstock uses generated around 830 Mt of CO2 emissions, 2.5% of global CO2 emissions (IEA, 2019). In the same year, clean hydrogen production was nearly zero, with projects of meaningful scale only emerging since 2021 (IEA, 2020).

The vast majority of hydrogen currently consumed is produced at the point of consumption or nearby, typically connected via a private network. However, different forms of clean hydrogen require various conditions, such as abundant renewable electricity and suitable geological conditions for the storage of CO2. In these new value chains, there is a requirement for storage and transport infrastructure.

There are two overarching transportation options for hydrogen, with different implications:

Transport costs can greatly vary according to the volume of hydrogen demand and the distance required for it to be transported. Newly built and repurposed gas pipelines are widely believed to be the cheapest methods of transporting hydrogen under most circumstances (Agora Energiewende and AFRY, 2021; Wang et al, 2020). This is largely due to the cost of transforming hydrogen into a LOHC and the energy penalty for getting hydrogen to a low enough temperature to liquefy it (roughly 100°C lower than methane) compounded by equipment costs for handling such a cold and volatile product.

Blending relatively low volumes of hydrogen into the natural gas grid (<20%) is an option that is already available with current infrastructure, and it has been supported in the recent ‘Hydrogen and Decarbonised Gas Market Package’ (HDGMP), which we will discuss shortly. This approach has the advantage of providing immediate offtake options for producers, and potentially making a very marginal positive decarbonisation impact on the emission intensity of gas in the network. Nevertheless, the resulting gas mix will be of lower energy density than pure methane gas, create equipment interoperability issues beyond very low hydrogen volumes, be hugely energy inefficient when accounting for the energy input for hydrogen production, and will create challenges at end use, such as ‘de-blending’. This market evolution will mark a clear departure from the current configuration of gas supply chains, which almost exclusively transport pure methane or pure hydrogen (see also Dos Reis, P., 2021b).

What strategies and laws are most relevant to clean hydrogen in the EU?

The Hydrogen Strategy identifies cumulative investment needs and policies to promote the development of value chains for low-carbon and renewable hydrogen. These aims are broken down into the following three phases:

The ‘REPowerEU’ documents released in March and May 2022 in response to the Russian invasion of Ukraine increased these targets considerably with a view to leveraging hydrogen and other clean molecules to enhance energy security (EC, 2022a, EC, 2022b). The total production and import target for renewable and low carbon hydrogen rises to 20 million tonnes by 2030, in the hope that this can replace 25-50 billion cubic metres (BCM) of Russian gas. The Communications also emphasise the need to ramp up the development of corresponding infrastructure, including storage, and promised expedited assessment and processing of hydrogen projects under the ‘Important Projects of Common European Interest’ (IPCEI) and state aid procedures.

The ESI Strategy describes the “use of renewable and low-carbon fuels, including hydrogen, for end-use applications where direct heating or electrification are not feasible, nor efficient or have higher costs” as some of the important uses of hydrogen in the context of energy system integration. Moreover, electrolysers are one of the key tools for sector coupling between renewable electricity and renewable gas networks.

The ‘Hydrogen and Decarbonised Gas Market Package’ (HGMDP) (EC, 2021a) of December 2021 was perhaps the most important development since the ESI and Hydrogen Strategies, particularly in terms of setting the incentives and market conditions for the uptake of hydrogen and other clean molecules. The HGMDP was the fourth iteration of comprehensive legislation in the sector, following most recently the ‘Third Energy Package’ in 2009.

The two major components of the publication were a proposed recast of the Regulation (EC, 2021b) on conditions for access to natural gas transmission networks (715/2009) (‘Gas Regulation’) and a proposed recast of the Directive (EC, 2021c) on common rules for the internal market for natural gas (2009/73) (‘Gas Directive’). The core aims of the updates are to (i) establish the conditions for facilitating rapid and sustained uptake of renewable and low-carbon gases, (ii) improve market conditions and increase engagement of gas consumers, (iii) better account for the contemporary security of supply concerns, (iv) address price and supply concerns at the Union level and (v) recalibrate the structure and composition of regulatory bodies.

In May 2020, the European Commission’s recovery plan document ‘Europe’s moment: Repair and Prepare for the Next Generation’ (EC, 2020c) already identified hydrogen as one of the key technologies for the clean energy transition, for which investments would be reserved in the ‘Strategic Investment Facility.’ Later that year, EU leaders agreed that technologies based on ‘renewable’ and ‘low-carbon’ hydrogen and other synthetic fuels would also be one of the main potential recipients of the EU’s €750 billion recovery package.

Finally, many of the Member State National Energy and Climate Plans (NECPs) include hydrogen as a key component on the path to decarbonisation. Additionally, several EU member states have adopted national hydrogen strategies with varying perspectives on their roles in a European and global clean hydrogen economy (technology, exports, imports, etc.).

If you still have questions or doubts about the topic, do not hesitate to contact one of our academic experts:

Opinion | A first look at REPowerEU: The European Commission’s plan for energy independence from Russia by James Kneebone

Highlights from the FSR online debate| Between Green and Blue: a debate on Turquoise Hydrogen

Highlights from the FSR online debate | What needs to be done to deliver on enhanced hydrogen ambition in the EU? A timely debate between key stakeholders 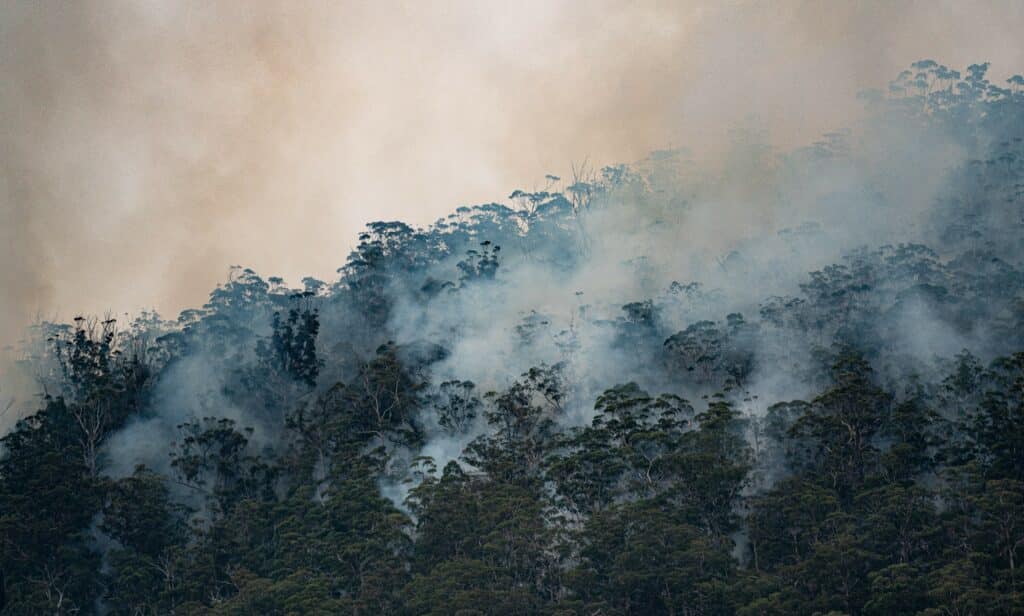