This seminar will address some of the highlights of COP24, including what is left for the next COPs, in consideration of the urgent need to increase ambition and strengthen countries’ commitments.

The Paris Agreement undoubtedly forms a milestone in the fight against climate change. It sets the framework for the long-term global common action against climate change by all nations. The coming period will tell whether its goals, structure and rules are sufficient to keep the global temperature rise well below 1,5C as required by the IPCC. COP24 in Katowice defined several details of the Paris Agreement operational rules, including on NDCs, transparency, global stocktake and compliance.

Download the presentation by Prof. Benito Müller and Leonardo Massai

Watch the video recording of the seminar:

Interviews with the speakers 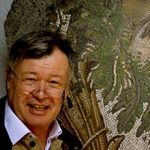 Professor Müller is Managing Director of Oxford Climate Policy (a not-for-profit company aimed at capacity building for developing country climate change negotiators), and Director of the European Capacity Building Initiative (ecbi), an international initiative for sustained capacity building in support of international climate change negotiations. At the University of Oxford, he serves as Convener International Climate Policy Research at the Environmental Change Institute, Visiting Professor at the Social Sciences Division, member of the Philosophy Faculty, and Supernumerary Fellow of Wolfson College, Oxford. He was Director Energy & Climate Change at the Oxford Institute for Energy Studies (1996 – 2014). He has been serving as Adviser to the LDC Group Chair (2011-18) and the Africa Group Chair (2012-13). He participated in the deliberations of the Transitional Committee (TC) for the Green Climate Fund (GCF) as Adviser to the LDC TC members, who he has also been also advising on the GCF Board and the UNFCCC Standing Committee on Finance. Professor Müller received his doctorate (D.Phil.) in Philosophy from the University of Oxford and was formerly a Research Fellow at Wolfson College and a Lecturer in Logic at the Queen’s College, Oxford. He has a Diploma in Mathematics from the Eidgenössische Technische Hochschule (ETH) in Zürich, Switzerland. 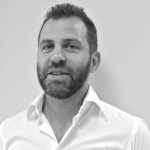 Leonardo Massai has 16 years of experience on international environmental law, climate change mitigation and adaptation, forestry, human rights, renewable energy and energy efficiency regulation. Leonardo is co-founder of Climalia, a consultancy providing specialized services on climate change policy and practice, including technical assistance to Least Developed Countries and Small Island Developing States on the UNFCCC, Paris Agreement, NDCs, transparency and adaptation. Leonardo is Legal and Policy Advisor for the Coalition for Rainforest Nations – CfRN where he provides direct counsel, assistance, advice and training to all rainforest nations on international environmental law, climate change governance, mitigation and adaptation, REDD+, climate compatible development plans and multilateral negotiations. Massai is also Assistant Professor in EU Law, International and EU Environmental Law, Climate Change Law, Human Rights and Environments, UN Multilateral Negotiations at the Catholic University of Lille in France. Since 2014, Massai is Alternate Member of the Enforcement Branch to the Compliance Committee of the Kyoto Protocol (elected as representative of the Asia-Pacific group), where he will serve until 31 December 2021.