The conference covered the main climate-related existing policies, at EU, national and subnational levels and  included four sessions, each of them with an invited speaker:

Jos Delbeke, Director General for Climate Action, European Commission, attended the conference and gave a keynote speech during the social dinner of the event.

The EU ETS and its followers: connecting the dots
Simone Borghesi, University of Siena

How critical is the CO2 price for the recovery of electricity prices in CWE? Johan Albrecht, Gent University, Lennert Thomas, Sam Hamels

The effect of carbon taxes on emissions and carbon leakage: evidence from the European Union Maria Alsina Pujols, University of Zurich

Second-best analysis of European energy policy: is one bird in the hand worth two in the bush? Carolyn Fischer, Michael Hübler, Oliver Schenker, Frankfurt School of Finance and Management

The EU ETS and its followers: connecting the dots
Simone Borghesi, University of Siena

Bios of keynote and invited speakers 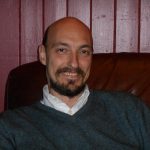 Simone Borghesi (M.Sc. University College London, Ph.D. European University Institute) is Associate Professor at the University of Siena. He worked at the International Monetary Fund, the Fondazione ENI Enrico Mattei and the University of Pescara. He is currently President-elect of the Italian Association of Environmental and Resource Economists (IAERE) and Co-director of the research group R4S (Regulation for Sustainability). He has been member/Unit coordinator of several Italian and European research projects and invited to the UN 2012 High-Level Meeting on Happiness and Wellbeing: Defining A New Economic Paradigm. He published over 50 articles in edited volumes and peer-reviewed international journals and three books. His main research areas are globalisation and sustainable development, the environmental Kuznets curve, emission trading, evolutionary game models. 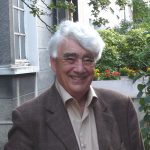 Roger Guesnerie has been Professor at Collège de France and Chairman of the Board of the Paris School of Economics until 2015. He has taught in France and abroad, (LSE and top American Universities) and served as coeditor of Econometrica (1984–1989). He has published more than a hundred academic articles and a dozen of books. His fields of interest include general equilibrium, public economics, incentives and mechanism design, and more recently the assessment of expectations formation and climate policies. He was elected President of several scholarly societies, notably the Econometric Society (1996), and the European Economic Association (1994). He is a Foreign Member of the American Academy of Arts and Science. 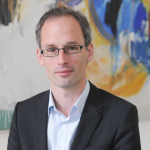 Karsten Neuhoff is head of the Department Climate Policy at the German Institute for Economic Research and Professor for Energy and Climate Policy at the Technical University Berlin. He has published 42 journal articles and 4 books on the topic of Power Market design, Technology Policy in the context of materials sector and renewables technologies, Emission Trading and International Climate Policy. He is leading research and advice projects for the EU Commission and governments for several EU member states. He holds a Diploma in Physics from the University of Heidelberg, an MSc in Economics from the London School of Economics, and a PhD in Economics from the University of Cambridge. 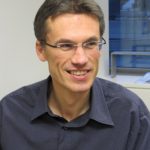 Joachim Schleich received economics degrees from University of Mannheim (Diploma), University of Florida (MSc) and Virginia Tech (PhD). He is Professor of Energy Economics at Grenoble Ecole de Management (France), where he leads the Energy Management Team. He is also employed at the Fraunhofer Institute for Systems and Innovation Research (Germany), and an Adjunct Professor at Virginia Tech (USA). Schleich has consulted for the European Commission and several national governments on energy efficiency policy, the EU ETS, and international climate policy. He has published more than forty articles in peer-reviewed journals. His current research focuses on conceptual and empirical analyses of factors driving company and household adoption of energy-efficient technologies, the evaluation of energy efficiency policies, and on corporate response to the EU ETS. 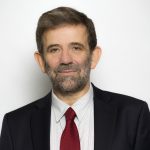 Thomas Sterner, is Professor of Environmental Economics at the University of Gothenburg. His research focuses on the design of policy instruments to deal with resource and environmental problems. Sterner has published more than a dozen books and a hundred articles in refereed journals, mainly on environmental policy instruments with applications to energy, climate, industry, transport economics and resource management in developing countries. With Gunnar Köhlin, he has founded the Environment for Development Initiative. Sterner is the recipient of the Myrdal Prize and has been President of the European Association of Environmental and Resource Economists. In 2012-2013 he served as Visiting Chief Economist of the Environmental Defense Fund in New York and in 2015-2016 he was guest professor at the Collège de France.