Recent terrorist attacks directly targeted the European transport system (Thalys – 21 August 2015, Brussels metro and airport – 22 March 2016). Public opinion is now particularly concerned, and companies, as well as institutions, have started to act to improve the security of the transport system. Major initiatives have been adopted by the European Commission (see, among others the new European Agenda on Security 2015-2020 to support better cooperation between Member States in the fight against terrorism, organised crime and cybercrime), yet the actions that have been taken by the different Member States in the area of security in the immediate aftermath of the terrorist attacks are not always consistent.

An airport style approach to security would not be feasible for rail transport because of its intrinsic nature: it is a mass transit system with several access points on the route and it is highly integrated within the urban environment.  Furthermore, in the railway sector – unlike in aviation and maritime transport – there is currently no legal basis for imposing EU measures on passenger security, and very detailed, prescriptive rules on security are not desirable. Soft measures to improve land transport security such as facilitating cooperation and exchange of best practices have been favoured, for instance thanks to the LANDSEC expert group and open discussions on rail passenger security (see, for instance, the conference held on May 10th on this topic). However, measures recently adopted by different Member States are creating a tension between the legitimate need to guarantee rail passenger security and the ultimate goal of establishing a Single European Railway Area (SERA) with common rules for the sector across the EU.

The aim of the 13th Florence Rail Forum is to look at the most controversial aspects creating tension between increasing the level of security and market opening in the railway sector. While we acknowledge that there is no one-size-fits-all approach to rail security in Europe, we will try to identify some common aspects that could and even should be dealt with at the European level. Following the usual format of the Florence Forums, in each session speakers and participants will have the chance to contribute to the discussion moderated by Prof Matthias Finger (École Polytechnique fédérale de Lausanne and European University Institute). Representatives of the European Commission, of major stakeholders as well as academics will engage in the discussion.

The Forum will look at four different aspects of railway security and their possible impact on the SERA and the competiveness of the sector:

Introduction to the Forum will be done by Carlos Mestre Zamarreno (Head of Unit “Security” – DG MOVE) and representatives of the FSR Transport Donors (Deutsche Bahn, EJRC, Ferrovie dello Stato Italiane, ÖBB, SBB, SNCF) as well as associations (UITP, EPF) and companies will be present.

To learn more about our activities in the railway sector please visit the dedicated webpage and/or contact FSR.Transport@eui.eu

Summary of the presentations

Pictures of the event 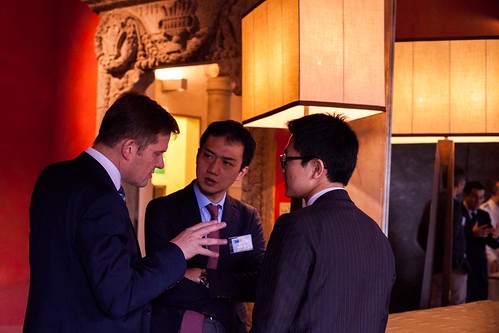 What can be done to improve staff training and to raise awareness among passengers? – ANNE-LAURE LE MERRE, Senior Advisor Regional and Suburban Rail, UITP

22nd Florence Rail Forum: Electricity and Infrastructure Managers - Is there a Need for Regulation?

Electricity is used for railway traction. With the 4th Railway Package, traction current became excluded from the Minimum Access Package…