This is the first installment of our Topic of the Month: Legal Challenges for Peer-to-Peer Energy Trading and Energy Communities 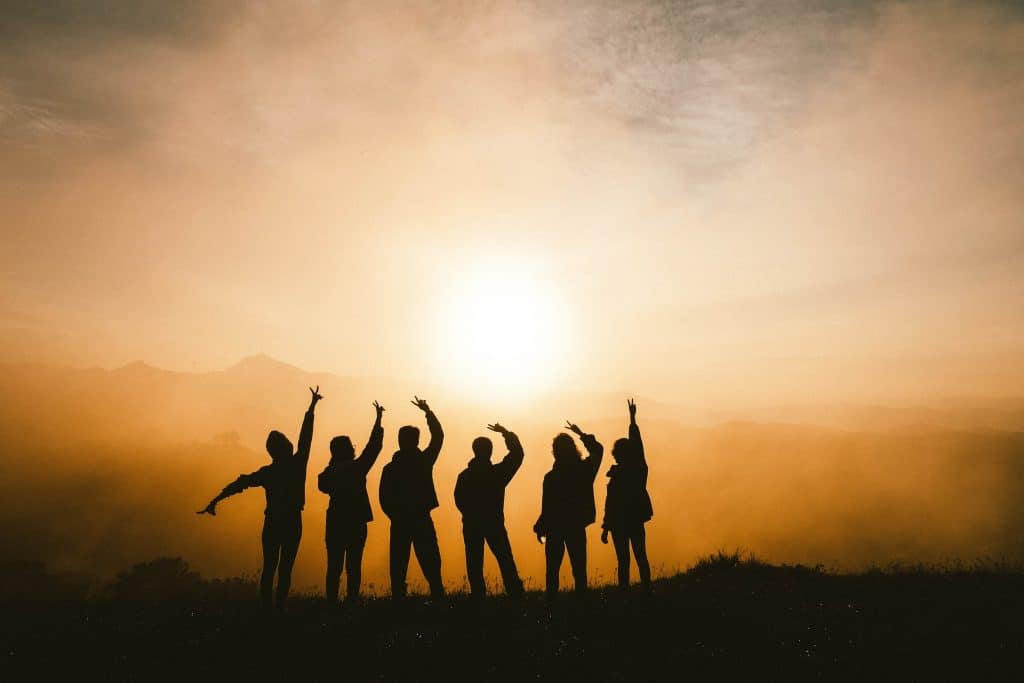 Related
Event Highlights Between new trading platforms and energy communities
News FSR participates in the launch of the Global Observatory on P2P, CSC, and TE models at UCL

The threat of climate change, significant growth in the number of prosumers and local energy generation, and the development of new technologies enabling new business models contribute to potential changes in the electricity market. Within this context, peer-to-peer (P2P) energy trading and energy community (EC) are emerging modes of transacting energy that could compete with the traditional hierarchies based on vertical agreements between energy providers at the retail level and consumers.

However, designing and implementing novel markets for Peer-to-peer (P2P) energy trading and Energy Communities (EC) entail complex legal challenges, which go beyond the solutions addressed by sector-specific regulation. The implementations of P2P and EC could be precluded because of conflicts with rules governing data privacy, consumer protection, contract or platform liability, or investors/shareholders liability.

Based on the literature review published by the EUI RSC Working Paper series, this Topic of the Month aims to streamline the legal challenges that could or will arise in the wake of P2P trading and EC.

This first week’s blog post, specifically, explains the legal challenges raised by the legal definition of P2P and ECs in the Clean Energy Package and the issues of ensuring market access. The second week’s blog post will cover legal challenges related to data management and data protection in P2P trading. The third week’s blog post will deal with the potential disputes related to the risk liability of P2P platforms not considered information society services. The last and fourth-week blog post will underline the potential conflicts between individuals’ dual nature as consumers and shareholders/investors in ECs.

1. Legal Definition and Consequences of the Conceptual Clarification through Law[1]

One of the main challenges in researching P2P trading and EC is the conceptual confusion that these terms still spark in debates among scholars and policymakers. There is neither a consensus nor a shared understanding of the kind of decentralised energy exchanges entailed in P2P trading or EC. For instance, while some include energy traded between final customers using intermediary online platforms in the definition of P2P trading, others would restrict it to trading between household consumers using blockchain technology. Similarly, while some refer to EC as any group of prosumers who self-generate electricity and share it among themselves, others would limit it to a group of prosumers who generate renewable electricity via a non-profit legal entity.

Given the range of conflicting definitions, one could assume that the role of law is to bring clarity by harmonising the most common used definition of what entails P2P energy trading and ECs through legislation.

The Clean Energy Package indeed innovated by introducing the definition of P2P trading and ‘renewable' or 'citizen' ECs, besides establishing obligation on the Member State to enable the entrance of these new actors in the market. However, the choice of strict defining P2P and ECs by the legislator has consequences, such as excluding some existing actors from the characterization.

2. P2P Energy ‘Trading’ – contract with pre-determined conditions governing the automated execution and settlement of the transaction

One could argue that ‘P2P trading’ is often seen as a characteristic of the sharing economy. The term uses to denote prosumers directly engaged with each other utilising digital platform tool to construct a marketplace on a local level or virtually. However, the European legislator takes its own approach to define P2P trading within Article 2(18) of RED II.[2]

The definition of P2P trading by the EU legislation could raise two legal challenges.

Firstly, the definition of peer-to-peer trading talks very generally about market participants as peers. At first sight, the EU definition might clash with the majority opinion in the literature, limiting P2P trading to the new horizontal contractual relationship between prosumers and consumers.  By not restricting the definition of P2P trading to trading between non-professional market actors, market participants involved in a business-to-consumers transaction via platforms could claim benefits entitled to peer-to-peer trading.

Secondly, P2P trading must abide by a contract with pre-determined conditions governing the automated execution and settlement of the transaction. Some authors see this as evidence that the legislation wanted to encompass trading models that are associated primarily with modern information technologies, such as blockchain. Blockchain has a high potential for automatisation due to so-called smart, self-governing contracts, making the use of a digital platform a requirement in practice. On the negative side, the definition of P2P trading as such could exclude energy exchange platforms that do not use pre-determined conditions governing the transaction’s automated execution and settlement from possible regulatory benefits – like platforms that are not based on automated execution.

Since the 1970s, the term EC has been linked to the advocacy of alternative technologies for local, small-scale and collective approaches to sustainable energy generation and against the mainstream energy policies of large-scale and centralised technical systems. However, there is an immense variety of ways by which those promoting community-scale energy have engaged with civil society and vice-versa.

Since the Clean Energy Package, the EU legislator introduced two very similar definitions of EC, contained in the RED II as ‘renewable energy community’[3] and the IMED as ‘citizen energy community’.[4] In both legal definitions, the organisational dimension has become an integral part of the definition of ECs. On the one hand, the EU legislations reinforces not only the process and the outcome dimensions but also the mandatory allocation of ownership of distributed energy resources in the hands of ECs. Therefore, ECs must display four critical features in common: (i) the organisational form as legal entities; (ii) the governance procedures to either access as members or manage the organisation; (iii) the ownership of organisational shares and assets and (iv) its purpose. On the other hand, a strict definition of ECs also could exclude existing community-scale energy model that does not meet one of these critical features.

4. Where do we come from? The necessity of market access and freedom[5]

Energy services no longer reach consumers exclusively from traditional incumbent energy companies. Consumers can simply generate electricity on their own and exchange it among themselves. Passive consumers are capable of becoming prosumers mainly because technological development allows them to operate the necessary technology for themselves. A new market dynamic is emerging. For a long time, however, anything like this would have been unthinkable in many states in Europe, before the European Union was founded. An evolution from consumers to energy suppliers would have been inconceivable, regardless of technological innovation. Such small actors simply wouldn’t have been able to resist and oppose the existing supply monopolies at the time. They would not have been able to access the grid infrastructure. Nor would they have been able to supply other consumers. There was simply not the necessary freedom within the market.

Innovation and new ideas need a sophisticated regulatory system that allows and carefully guides them. Only with the European Union liberalising the European energy market through regulations, supply monopolies were slowly loosened. A competitively organised wholesale and distribution market have emerged. Since then grid operation has been strictly regulated. Grid operators have to grant other players access to the infrastructure, prices for use are set by the authorities. A market environment designed by the legislator developed, which also granted new actors and new behaviours freedom and opportunities to develop: The first basis for peer-to-peer distribution and energy communities – but not enough.

When the European legislator has further shaped the “market design” within the framework of the energy transition and digitalisation policy, the expansion of renewable energies and the rollout of digital metering infrastructure have been given particular impetus. This also affects the market balance towards the entrance of smaller players. As a result, not only are new actors massively entering the energy supply market, but new behavioural patterns and business models are also becoming established. For example so-called virtual power plants, in which the output of many small plants is added together and marketed by a service provider, can be seen as the forerunner of peer to peer behaviour: The indirect provision of market access for small actors. Taking this development to its logical conclusion, peer-to-peer distribution and the establishment of energy communities could be widespread and natural developments in the energy markets of the future. As shown above, the European Union recognised the concepts in the Clean Energy Package and gave them a place in the legal framework. Now it is up to the member states to keep up.

Peer-To-Peer Trading and Energy Community in the Electricity Market: Analysing the Literature on Law and Regulation and Looking ahead to Future Challenges by Lucila de Almeida, Viola Cappelli, Nikolas Klausmann, and Henri van Soest (15 March 2021).

Acknowledgment: the publication is part of the work of the Global Observatory on Peer-to-Peer, Community Self-Consumption and Transactive Energy Models (GO-P2P), part of the User-Centred Energy Systems Technology Collaboration Programme (Users TCP) run under the auspices of the International Energy Agency (IEA). GO-P2P benefits from the support of Australia, Belgium, Ireland, Italy, The Netherlands, Switzerland, the United Kingdom and the United States

[2] Article 2(19), ‘Peer-to-peer trading of renewable energy means the sale of renewable energy between market participants by means of a contract with pre-determined conditions governing the automated execution and settlement of the transaction, either directly between market participants or indirectly through a certified third-party market participant, such as an aggregator. The right to conduct peer-to-peer trading shall be without prejudice to the rights and obligations of the parties involved as final customers, producers, suppliers or aggregators.’ Directive (EU) 2018/2001 of the European Parliament and of the Council of 11 December 2018 on the promotion of the use of energy from renewable sources (Text with EEA relevance.).

[3] Article 2(16), ‘renewable energy community’ means a legal entity (a) which, in accordance with the applicable national law, is based on open and voluntary participation, is autonomous, and is effectively controlled by shareholders or members that are located in the proximity of the renewable energy projects that are owned and developed by the legal entity; (b) the shareholders or members are natural persons, SMEs or local authorities including municipalities; (c) the primary purpose of which is to provide environmental, economic or social community benefits for its shareholders or members or for the local area where it operates, rather than financial profits. Directive (EU) 2018/2001.

[4] Article 2(11) od DIME, ‘citizen energy community’ means a legal entity that (a) is based on a voluntary and open participation and is effectively controlled by members or shareholders that are natural persons, local authorities, including municipalities, or small enterprises; (b) has for its primary purpose to provide environmental, economic or social benefits to its members or shareholders or to local areas where it operates rather than generate financial profits; and (c) may engage in generation, including from renewable sources, distribution, supply, consumption, aggregation, energy storage, energy efficiency services or charging services for electric vehicles or provide energy services to its members or shareholders’. Directive (EU) 2019/944 of the European Parliament and of the Council of 5 June 2019 on common rules for the internal market for electricity and amending Directive 2012/27/EU (Text with EEA relevance).