Brazil’s growing population is straining its energy capacity, to effectively address this demand and modernize its energy sector, multi-level coordination is necessary. 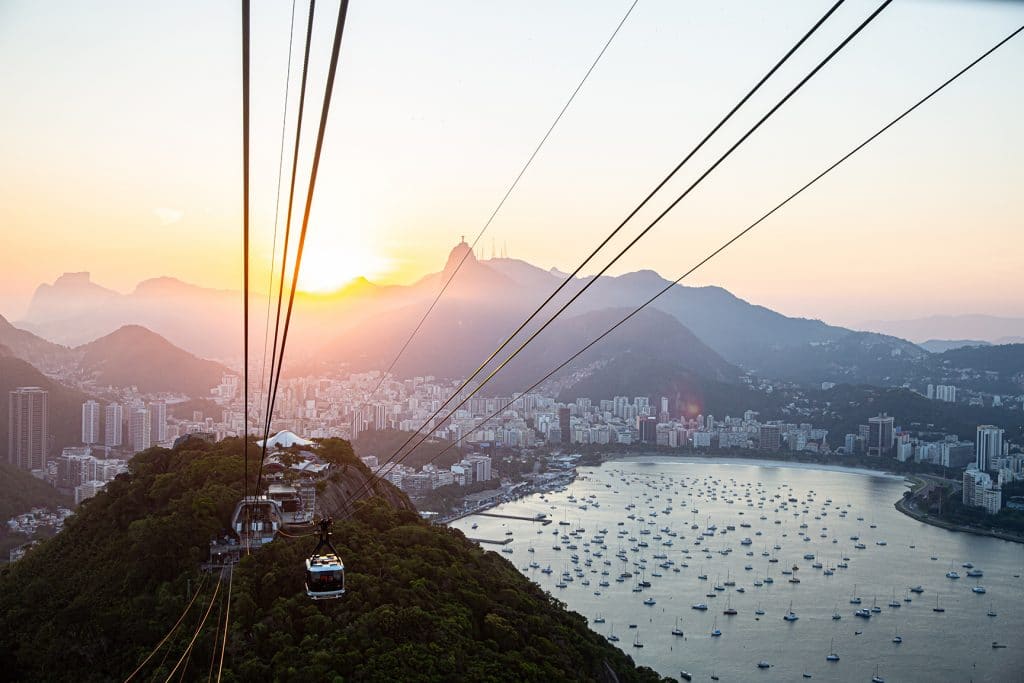 Changing tires on a moving car: an allegory for Brazil’s efforts to modernize its energy industry

In this article, Camila Schoti shares insights on Brazil’s ongoing efforts and experiences of modernizing its energy industry.

She dives into the current energy market structure, what shaped it, the major (and necessary) changes in the outlook, where Brazil is heading and how it is moving forward. Finally, this article concludes with a reflection on the prospect of a successfully complete energy industry reform from a regulatory, institutional and technical perspective given the bottlenecks that keep this process incomplete.

Brazil and its power sector

Brazil is a country with continental dimensions equivalent to all of Europe, excluding Russia. With a population of 209 million people, it is the sixth most populous country in the world.  Over the last 20 years, it has had an average annual GDP growth of 2,3% and its energy consumption increased by 70% from 2001 to 2009. Currently, Brazil’s energy consumption is about 500 TWh/year and its installed capacity is of 170,000 MW, figures compared to PJM and to the Nordic countries altogether.

Ensuring the security of Brazil’s energy supply at a competitive cost for such growing demand is a significant challenge in and of itself. High-interest rates (about 13% per year, while inflation rates were on average 6% per year), a highly concentrated banking system and a limited private debt market present quite a large challenge in financing green projects. Moreover, Brazil has large hydroelectricity potential. However, power generation assets (“HPPs”) owned by different shareholders in the same river basin (cascaded plants) create an additional layer of complexity, especially in system operation and competition[1]. (In this system, historically HPPs are the basis of supply (nowadays 64%), thermal power plants (TPPs) are used mostly when the weather fails to deliver its average volume of water on reservoirs  and it represents 14% of the electricity matrix and wind and solar are just becoming relevant (10%) according to Empresa de Pesquisa Energética.)

Under the conditions listed above, it becomes clear that policymakers must ensure enough (and competitive) energy to support GDP growth.

As a consequence of an energy supply shortage in 2001 caused by low investments, and a severe drought that led to a rationing goal of 20% in energy consumption, policymakers, sector institutions, consultants and market players structured a new policy[2] (for a complete policy framework, please refer to “Modelo Institucional do Setor Elétrico, Ministério de Minas e Energia, 11 de Dezembro de 2003”) with three main measures:

Measures one and two are intrinsically related. Local distribution companies would be responsible for providing and managing energy contracts for most of the (“regulated”) consumers, informing the government how much energy is necessary to supply its demand in the next five years. The government would then organize centralized auctions where energy companies could bid for a long-term energy contract (“PPA”) that would be guaranteed by those regulated consumers. The spot market and free-market prices (short and medium terms) are based on the costs (or expectations on costs) that come from the dispatch models of the third measure mentioned above. This process has low input data governance, high volatility and low predictability, a combination of factors that hinders the project financing from banks. Actions mentioned in the first and second measures provided conditions for long term loans that would hardly happen otherwise and solved the financing challenge for new energy assets.

Despite the inefficiencies of this framework – in particular, large cross-subsidies, fragile governance of price setting and inefficient risk allocation – the main goal of policymakers, which was to guarantee supply and avoid shortages, has been achieved since it was put in place 17 years ago.

Changing the route towards a liberal environment

Currently, about 67% of energy consumption in Brazil is regulated and managed by distribution companies. This part of the market has mostly supported the expansion of the electricity matrix (this group supports long term energy contracts that are required for financing projects).

As this market segment could not choose its energy supplier, it bought everything that was considered important by the central planner (the government): HPPs, TPPs, small hydro and wind. In Brazil, there is no explicit or specific pricing of the different attributes valued by system planning to ensure the full security of supply, such as energy, capacity and ancillary services. Consequently, competition between different technologies is not fully “fair” and renewables are artificially cheaper than TPPs.

In this context, what happens to expansion (which is still needed in Brazil) if consumers are allowed to choose their own energy suppliers freely? How can a growing energy system, built over central decision making and poor price signals, safely transition to a market mechanisms-oriented environment that induces a balanced or safe energy mix?

Navigating a change of direction

These questions were addressed in 2017 by policymakers in Brazil. Since then, the process has been very open and transparent. First, the Brazilian government launched a survey to understand market players’ principles and preferences, then a technical team created a conceptual proposal of reform, which was again discussed with market players and largely approved by them. This process facilitated a relevant convergence around what should be done next.

Remember measures one, two and three above? They can be rewritten according to the solution proposed (find a complete version of the reform here) by Brazilian Ministry of Mines and Energy in 2017 and incorporated in the  Bill 232/2016 as follows:

1.a.) The number of consumers that could migrate to the free market would increase gradually over time until every consumer is fully “deregulated.” The transition would be slow but could be complete, going to full retail competition.

2.b.) A reliability market should be created so there would be at least two products in the market: energy and reliability. In addition, the reliability product would be mandatory for every consumer, regulated and deregulated.

3.c.) Price signals would first be more granular and then less centralized, improving its quality and credibility with explicit pricing of other attributes as ancillary services.

Item 1.a.) would meet the sector request for a more liberal market, allowing even smaller consumers to buy energy from different sources. Item 2.b) would guarantee that there is a market for a reliability product, and at least for that kind of product long-term contracts would be mandatory. Item 3.c.) would make sure the price market and credit risks are set correctly by the market. If the terms of energy contracts become shorter and more exposed to credit risk, then it would have a reliable energy market. Additionally, the creation of power exchanges and clearing house was in the Bill too.

Many other adjustments have been proposed since then, but these three are the most topical ones in Brazil. This conceptual framework has been widely accepted by market players, and this step of the reform was quite successful.

The next adjustments, which all market players are now waiting for, are still under implementation.

A change of course seems possible, but it demands a clear view and strong coordination.

Pushing the accelerator …or not

Detailing and implementing those conceptual measures efficiently, while maintaining their original concept, is the challenge today.

It is challenging for three main reasons. Firstly, agents tend to agree with a conceptual model but get more risk-averse when they are unable to precisely calculate the impacts of the changes on their businesses. Secondly, most contracts are long-term, so transitioning without changing/adapting pre-existing contracts is not possible, which adds another layer of risk aversion and legacy contracts. Thirdly, even though the overall effect of the reform is expected to be positive for society, there will be winners and losers, creating nodes of resistance to different parts of the proposed conceptual framework.

Because of this, the pace of implementation seems to be the main challenge now. Time will tell whether the plan will be executed as it was drafted. But it would be helpful to keep pointing north and quickly address the sources of uncertainty and risk aversion that emerged at this stage in order to move the reforms towards the planned direction.

The initial question is still open: how can we successfully complete a power sector reform from a regulatory, institutional and technical perspective?

Takeaways from Brazil suggest a possible (non-exhaustive) short answer: engage all relevant stakeholders, align incentives as much as possible based on fully technical and transparent discussions, set one clear direction without hesitating nor interrupting this process until the new rules and mechanisms are fully designed. A change, of course, seems possible, but it demands a clear view and strong coordination.

How COVID-19 has impacted Brazils Electricity sector? Read our article ‘COVID-19 and the Brazilian Electricity Sector‘ by Alex Feil 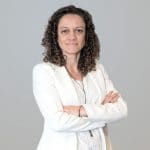 Camila Schoti is currently the Energy Trading & Origination General Manager at Eneva following her time working as the companies Head of Regulatory and Government Affairs. Ms Schoti is the Former Energy Director at the Brazilian Association of Large Industrial Energy Consumers and Free Consumers (ABRACE).

Ms Schoti has also acted as a coordinator of the Forum of Business Associations for the Development of the Natural Gas Market (“Natural Gas Forum”), Coordinator at the Technical Subcommittee of Natural Gas Transmission at the “Gas to Grow Initiative” and a member of the Energy Efficiency Steering Committee, both from the Federal Government. She holds a Master’s degree in Economics from the University of Brasília with extensions at Harvard University, INSEAD Business School and the Florence School of Regulation.