COVID-19 and the Brazilian Electricity Sector

What is the impact of COVID-19 on the Brazilian electricity sector and where do we go from here? 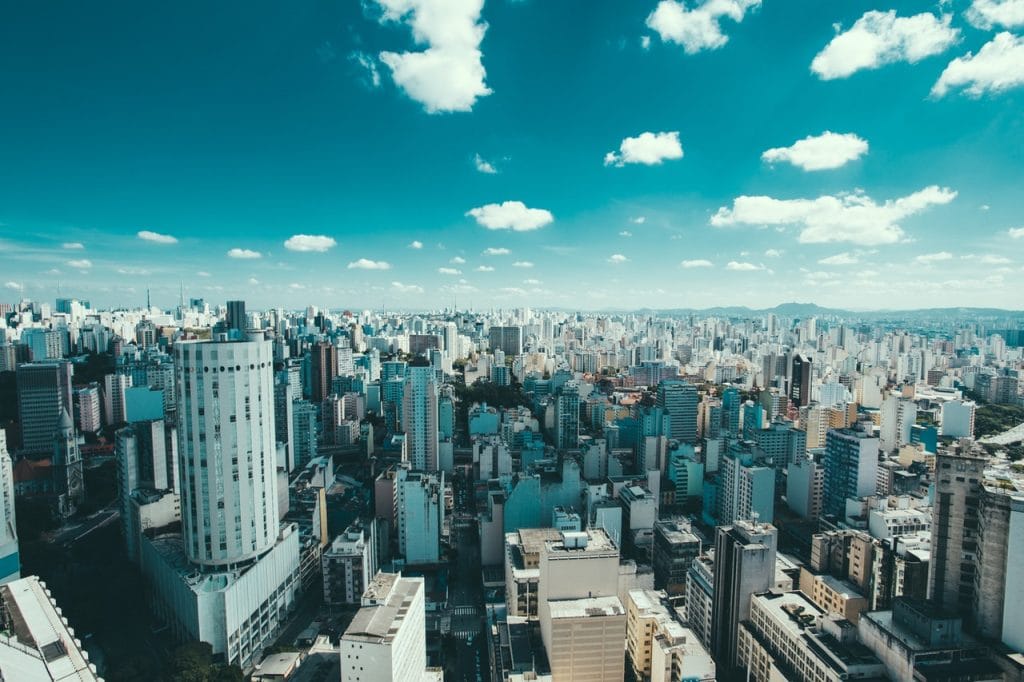 This article aims to present a preliminary assessment of the impact of COVID-19 on the Brazilian electricity sector and provides a basis for future studies.

Although the spread of the COVID-19 pandemic generates an important primary concern with the lives of those directly and indirectly affected and the capacity of health systems, we cannot leave aside the widespread and unprecedented impacts on virtually all aspects of our society.

It is still too early to make any concrete predictions, but here and there, some professionals are already brave enough to kick start the debate on these impacts and whether the recovery will be a “V”, a “U” or something else.

Brazil is one of the more recently affected countries (late February). Consequently, there is still an ongoing debate about the economic and social impacts of applying the orthodox COVID-19 mitigation measures such as complete lockdowns. Nevertheless, perhaps one of the most appropriate symbols of the temporary change of priorities in Brazil is the transformation of the iconic Pacaembú football stadium, in São Paulo, into a field hospital.

Impacts of COVID – 19 on the Brazilian Electricity Sector

Brazil’s electricity sector has begun to feel the impacts of the demand shock caused by the reduction in consumption, especially in the industrial and services segment. Since the Senate approved the state of emergency on March 20, a noticeable difference in load behaviour has been observed in comparison to the equivalent period of the previous year (Fig. 1). According to the Brazilian Electric Energy Trade Chamber (CCEE, the entity responsible for the registration and settlement of electricity contracts), the consumption reduction is already close to 20%.

The general perception is that residential consumption has risen due to the stay at home orders. However, there is still limited data available to verify this perception. An interesting issue that is already visible is a change that occurred in the daily load curve. In a business-as-usual year, the peak during this period would occur in the mid-afternoon (especially on warmer days, due to the use of air conditioning). Now, this peak has shifted to the evening, resembling the typical behaviour of winter days.

According to data from the Brazilian National Electric System Operator (ONS), Brazil currently has almost 167 GW of installed capacity and just over 141,000 km of transmission lines with a capacity equal to or greater than 230 kV. What makes it particularly unique is the massive presence of hydroelectric plants with storage capacity. To properly take into account the future influx and storage of water, the multiple plants in cascades and the operative interdependence between the plants of different hydrographic basins, the operation of the system in Brazil is the result of optimisation stochastic dual dynamic programming-based algorithms. The marginal cost of operation is therefore obtained differently from countries that have predominantly thermal generation, as in many of Europe.The first and perhaps the most apparent concern so far is the impact of the reduction in demand on utilities’ cash flows. Distribution companies are already evaluating possible measures to counterbalance this effect.

In this context, the average marginal cost of operation calculated by ONS for the operating week of April 04-10 was R$ 0.08/MWh (or less than US$ 0.02/MWh, assuming 5.00 R$/US$ for the conversion throughout this text) for the Southeast/Midwest and South submarkets (decreasing even more recent days) and R$ 0.00/MWh for the North and Northeast submarkets. This indicates that most of the energy generated came from sources without fuel cost (solar, wind, and hydro), except for a small portion of inflexible or dispatched in order of merit thermal (nuclear, gas, coal, biomass, and other sources).

The low marginal cost of operation is reflected in the Difference Settlement Price (PLD), calculated ex-ante and used to settle contractual differences registered at CCEE. Today the PLD stands at R$ 39.68/MWh (7.94 US$/MWh), which is the current floor, as defined by regulation based on the optimisation tariff of the Itaipu Binacional powerplant, and it will continue like that at least until April 17, as published by the CCEE on April 9.

This means that electricity which is not sold by distributors will be remunerated at a significantly lower price than the average tariffs paid by consumers and even lower than the cost of purchase itself. And here lies another piece of the puzzle.

Since the regulated market in Brazil operates with long-term power purchase contracts and distributors must operate with their market 100% contracted, there will be excess contracted energy. If a characterisation of force majeure perseveres, which is not an immediate interpretation of the current written contractual terms, contractual renegotiation and regulator approval may be required. This would have a spillover effect on the generation sector, specifically on the financial equations of loans taken for the expansion of the system.

There will also be effects on the electricity free-market (which today accounts for nearly a third of the traded electricity). The contracts in this market are typically shorter (3-5 years), but negotiated freely; therefore adjustments will most likely be discussed bilaterally.

The reduction in electricity consumption also represents a proportional decline in the collection of taxes and other charges by the Government, with repercussions at the federal, state and municipal levels.

Additionally, restrictions on movement have affected on going construction of transmission lines and required changes in the service structures of distributors. The extent of these impacts is yet to be measured and evaluated.

It should also be remembered that the COVID-19 crisis is accompanied by others, such as the instability of oil prices, the fluctuation in stock markets and especially in the foreign exchange rates. A significant devaluation of the Brazilian Real against the U.S. Dollar has occurred since January (Fig. 2). This has made all existing financing in U.S. Dollars more expensive and also raised the costs of importing machinery and equipment. The appreciation of the U.S. Dollar directly impacts the cost of energy generated by Itaipu Binacional, quoted in this currency. This cost is divided among distributors in the South, Southeast and Midwest regions and puts great pressure on the revision of future distribution tariffs.

Response of regulators and policymakers

Fortunately, based on past experiences, Brazil has developed expertise in dealing with such situations (Fig. 3). In 2001, Brazil underwent rationing that temporarily forced a 20% reduction in consumption in almost the entire country. In 2008 the Brazilian electricity sector also suffered from the global financial crisis and in 2015 endured the effects of a domestic political-economic crisis. These crises in the electricity sector have different origins (the first a shock in supply, the second and the third in demand), but the experience gained, and remedies used will certainly be useful in dealing with the current one.

An example of this is the concern regarding the potential transfer of costs to consumers through increased tariffs to compensate for income losses. The current debate includes the possible use of existing sectoral funds and/or the federal budget to avoid the transfer of full cost to future tariffs. But there is still much uncertainty (especially regarding the duration and size of impact) to settle with a single solution.

The Brazilian Electricity Regulatory Agency (ANEEL,  the independent regulator of the Brazilian electricity sector and responsible for, among other issues, the implementation of the public policies related to the sector, tariffs, oversight, and conflict resolution) has proactively established some temporary measures to protect consumers and to offer some operating parameters for distributors. Among other provisions, such as the creation of a monitoring cabinet, the Agency prohibited, for 90 days, the suspension of the supply resulting from payment default from urban and rural residential consumers, as well as of services and activities considered essential. In another decision, on April 07, the scheduled tariff adjustments for some distributors in the State of São Paulo were also suspended for 90 days by ANEEL, at the request of the distribution utilities.

More recently, on April 08, the Brazilian Federal Government published a new policy, exempting the low-income residential consumers who are eligible for the social tariff, with less than 200 kWh of monthly consumption, from the payment of tariffs between April and June. The corresponding amount will come out from a sector fund, the Energy Development Account (CDE). Any gap up to R$ 900 million (US$ 180 million) will be funded through the federal budget.

These measures temporarily reduce the burden on consumers, especially the low-income residential ones. However, there is concern about increased default risk and pressure on the level of non-technical losses in the system, particularly in the case of long-lasting economic impacts from the pandemic.

The Ministry of Mines and Energy – MME, has already established on March 18 a sectorial committee for crisis management. The measures adopted will influence the actions already under consideration regarding the modernisation of the sector and probably stimulate changes in the current regulatory framework.

Conclusion – On a more positive note

The impact of COVID-19 on the Brazilian Electricity Sector, and in other countries, around the world, happen within a broader context in which the human drama is overwhelming, should be our primary concern, and cannot be forgotten.

Although it is already possible to evaluate some of the first impacts of COVID-19 on the electricity sector, as it is the objective of this brief analysis, it is also worth remembering that the observed scenario still carries high uncertainty and risk.

The expected impacts, however, are not only negative.

The reduction in consumption improves the storage level of the reservoirs, increasing the safety of the system and the future availability of electricity at low cost. Digitalisation efforts to stimulate more active consumers will certainly gain momentum, which can already be observed in our daily lives outside the electricity sector. Even the exchange rate issue can present a positive side, as it favours foreign investment and business opportunities. As popularly originated from the Chinese language, and curiously applicable to the present context, a crisis is a risk plus opportunity.

More on the impact of the COVID-19 pandemic:

Over the past month, the FSR team has worked to analyze and share information about the impact of the COVID-19 pandemic. Check out more here:

Identifying impacts of COVID-19 on the Indian Power Sector

Looking at COVID-19 crisis from the EU electricity wholesale market