/  Energy & Climate /  Electricity /  Looking at our (decarbonised) future: EU policies and costs towards 2050

Looking at our (decarbonised) future: EU policies and costs towards 2050

Highlights from the online event: What do we know about the costs of EU decarbonisation? 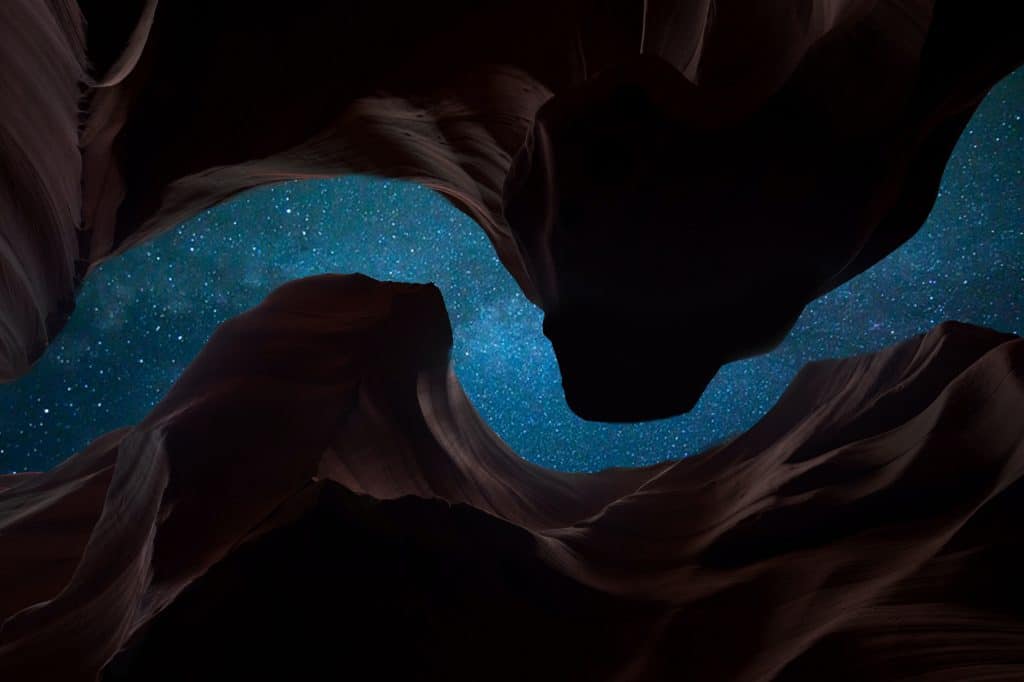 In the third event of the new #FSRinsights series, Anne Houtman (Science Po) and Ronnie Belmans (KU Leuven) joined the FSR Research team to discuss recent research on EU decarbonisation towards 2050 both in terms of energy policies and technological costs (in particular, relative to renewable electricity technologies and hydrogen technologies). This research will soon be released in the form of a report (“Cost-effective decarbonisation study”) and some policy briefs.

Takeaways from the event

The 2020 framework did set three main targets to be reached by 2020: a) 20% GHG emissions reduction compared to 1990 levels, b) 20% share of RES in the final energy consumption and c) 20% reduction in final and primary energy consumption. As of 2018 only the GHG emissions target has been met with a 23% reduction measure. The RES target is most likely to be met by end of 2020 as its measure was equal to 18.9% in 2018. But achieving the Energy Efficiency target seems to be more challenging as it was only reached 15% by 2018. At the Member State level the trend is the same: while most Member States are challenging with meeting their Energy Efficiency targets, they have either met or going to meet their RES target by 2020.

The success with the RES to some extend can be attributed to allocation of large amount of subsidies to RES integration (mostly RES-E) in the past decade. Only in 2016 €75bn/year was spent on RES in form of subsidies and financial supports (slightly decreased to €69bn/year in 2018). We asked our audience to participate in the first poll and to give us their opinion on whether they thought that a less costly approach could have been adopted or whether they think the benefits of RES integration justify the costs. 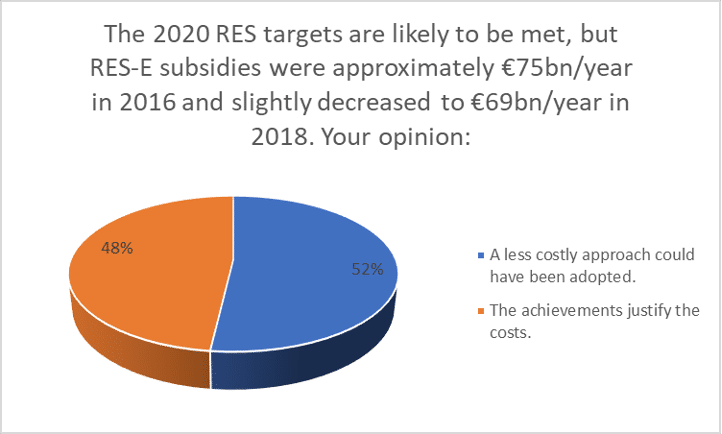 The Clean Energy Package targets for  2030 are more ambitious and to reach them, several existing policy instruments were revised/amended and several new instruments were introduced, including the Governance Mechanism to make sure that efforts at the national level will lead to reaching the Union-level targets collectively.

The Green Deal was proposed by the European Commission in December 2019 and is meant to tackle EU’s ambition of becoming the first carbon-neutral economy by 2050. It is also considered as a growth strategy that covers not only the energy climate sectors and but also six other economic and social policy areas. Thus, not only the revision of several existing policy instruments was proposed under the Green Deal but also several new strategies in different economic sectors were proposed for the first time to move towards carbon neutrality.

Achieving carbon neutrality by 2050,  will require increasing the 2030 GHG emissions target. The Commission has proposed to increase this target from the current 40% to 55%. This will inevitably require increasing the 2030 targets on the share of RES and Energy Efficiency too. Thus, to reach these targets a comprehensive framework that covers many policy areas is needed. We point out three key elements that should be treated with priority within such a framework: a) integration of RES; b) Electrification and c) adoption of ‘green molecules’.

Does the Green Deal take these elements into account?

The Green Deal proposes a number of policies to target these key topics to achieve the carbon neutrality objective both in time and in a cost-effective manner:

We also exchanged views with the two discussants and the audience and the following points emerged as a result:

Reviewing the costs of RES-E and of hydrogen

We reviewed a sample of authoritative studies on the current costs of renewable electricity technologies and hydrogen technologies. These two sets of technologies were chosen because of the increasing debate on their costs and on the policy support needed towards the 2050 EU decarbonisation. However, we do not want to reduce the importance of other technologies not studied, such as energy efficiency technologies. The following emerges from this review:

Confronted with these different hydrogen supply options, we asked our audience what do they believe will be the cheapest one in EU by 2030. Below you can find the results of the polling.

Assumptions on future costs of different hydrogen supply options by 2030 are highly uncertain and depend on multiple critical sub-assumptions. Therefore, it is easy for assumptions by different sources to differ also significantly.

Our exchange of views with the discussants and the audience brought some interesting insights:

These views highlight the value of the methodological approach and of the findings of the study, which offers a system-level of thinking and analysis.

Renewable energy in the European Union

Don’t miss the next #FSRInsights event: