The Athens conference on European Energy Law is the first joint initiative between the Hellenic Energy Regulation Institute and the Energy Law & Policy Area of the Florence School of Regulation.

The conference will be opened with a keynote speech on the future of the EU Energy Market and the major challenges ahead. This will be followed by four sessions in which academics, institutional representatives, and key market players will consider the pressing questions which have arisen from recent developments in the energy sector.

Watch the recording of the live stream 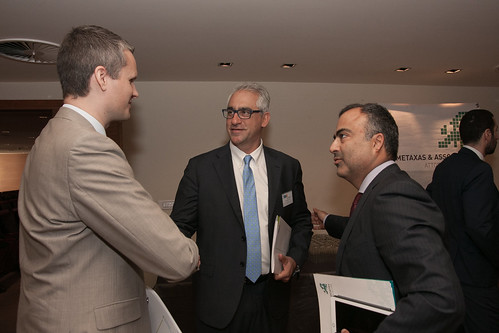 I. The future of coal and lignite in the EU after the Paris Agreement

This session will address the implications of the commitments made under the Paris Agreement to phase out CO2 emissions, which will include divesting from projects involved in fossil fuel-related activities, adopting binding carbon budgets for all fossil-fired power plants, and banning new opencast lignite mines. As the EU will have to further intensify its efforts towards decarbonisation, how can it mitigate the impact of decarbonisation on energy security and supply?

II. The Liberalisation of the Gas and Electricity Markets

The liberalisation of the European gas and electricity markets is a long-standing process which continues to face obstacles and trade barriers. Initiated in 1996 and developed through three energy packages with continuously renewed targets reaching to 2050 and beyond, the process of liberalisation aims to ensure a functioning market and fair market access, a high level of consumer protection as well as adequate levels of interconnection and generation capacity within an internal energy market. The accomplishment of a harmonised approach towards a secure, sustainable and competitive energy for Europe requires high level target setting, such as the Target Model, the rules of which, defined by Framework Guidelines and Network Codes, allow for a coordinated approach and thus efficient results. What have been the achievements so far and how have they been realised? What challenges lie ahead?

Following the lively debate over the Nord Stream 2 pipeline and the question of the applicability of EU energy law to the importation of gas from third countries, this session will examine several crucial issues which have emerged from the case. For example, what do the divergent opinions of the Directorate General and the Commission’s legal service reveal about the complexities of transnational pipelines? How should energy security be considered in this context? What are the implications of the Commission’s new Energy Security Package?

IV. Renewable Energy: what could, and should, happen after 2020?

V. The future role of the DSO and its regulation

In 2014, the Council of European Energy Regulators (CEER) launched a consultation on the future role of Distribution System Operators (DSOs). In its Conclusions Paper of 13 July 2015, the CEER stated that there cannot be a single model for the role of the DSOs, given their various and often country-specific features across Europe. In light of this, the CEER provided guiding principles to which the DSOs should comply. But, with these instructions come several questions. What does the DSOs’ role as neutral market facilitators entail? What regulatory provisions need to be made with regard to data management? And, what should be the relationship between the DSOs and the TSOs?

The Athens conference is kindly supported by: