/  FSR Global /  A Sustainable Approach to Mining in Peru

In this article, Suamy Gabriela Pérez Ortega explores how renewable energy enables a more sustainable approach to mining in Peru. 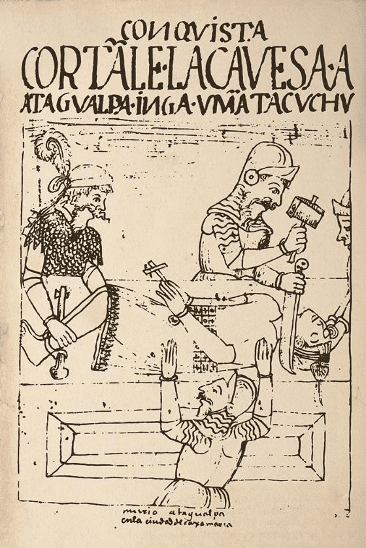 “On the afternoon of November 15th, 1532, Francisco Pizarro and a group of 168 Spanish people arrived to Cajamarca city. The following day, Atahualpa Inca, lord of Tahuantinsuyo, the most powerful indigenous kingdom in America, was imprisoned. From his prison, Atahualpa saw that the Spanish collected gold and that the metal was a matter of dispute. He understood that to get rid of the situation he was in, it was necessary to collect gold in exchange for his freedom. The Inca filled the room in which he was imprisoned with gold, ‘a room 25 feet long by 15 wide.’ The amount of the treasure accumulated by Atahualpa and that the Spanish melted and distributed was a weight of approximately 6000 kg that included various precious pieces (pitchers, plates, cups, glasses, figures of men and animals). Some of these pieces were not cast and were sent to the Spanish Crown. The gold of Peru was admired for the industry and art of the work which was superior to metal. When Atahualpa’s offer was fulfilled, he was acquitted. However, Pizarro ordered that they give him a club and, after he died, burn him. In the indigenous and popular version, Atahualpa was slaughtered in the Plaza de Cajamarca on August 29th, 1533.

Today’s Peru was born from the Cajamarca tragedy.”

For centuries, the relationship between Peruvians and metals has been a dichotomy of love and hate, which has laid the foundations of their identity and economy. This position arises due to the great mineral wealth that Peru possesses. It is the sixth-largest gold producer worldwide and the second-largest silver and copper producer. For this reason, mining activities have become the national economic support, contributing 14% of its Gross Domestic Product (CONFIEP, 2020). However, despite the economic growth that mining brings to Peru, this activity has been strongly criticized due to the social and environmental confrontations that have been unleashed to date. On the one hand, mining allows for national economic balance; on the other hand, Peruvian communities and current laws request that this activity promote adequate mechanisms to conserve natural resources and benefit people. It is necessary to find an efficient solution that favours the performance and savings while reducing Peru’s carbon footprint and fostering the generation of basic services (electricity, water, access to education, TICs and employment diversification) for the surrounding communities. Perhaps a starting point to detect this solution is found in energy management within the mining activity. With this, renewable energies take centre stage as a sustainable business case that may be able to harmonize the relationship between mining activity and Peruvians.

The imminent need for renewable energy in Peruvian mining

Mining and energy are compatible. They work together as the mining activity categorically needs the energy to extract, process, melt and refine metals. This need is visible through the current Peruvian energy consumption figures that the Energy and Mining Investment Agency Supervisor (OSINERGMIN) identifies: 56% of national energy production is consumed by the mining industry, leaving 23% for residential consumption, 18% for the commercial sector and 2% for public lighting. Likewise, it should be considered that the energy matrix of Peru is not very diversified due to its majority composition of traditional water resources (45.8%) and natural gas (46.3%); meanwhile, renewable energies represent only 4.8% of national production (OSINERGMIN, 2017).

In the exclusive case of energy consumption in mines (mainly composed of the public grid and gas and diesel thermal power farms), this activity accounts for at least 10% of the total carbon emissions. In addition, the agreed energy costs in the Power Purchase Agreements

In this sense, if the previous premises are considered, it is valid to point out that the inclusion of clean energy that satisfies the energy demand throughout the mining process is an efficient way of generating value in the mining activity, diversifying and decarbonizing the Peruvian energy matrix. On the other hand, entities such as International Council on Mining and Minerals (ICMM) consider the use of renewable energies and the application of energy efficiency practices in mining activities as one of their challenges for mitigating the effects of climate change and reducing the carbon footprint (ICMM, 2019). Likewise, in February of this year, the Presidency of the Council of Ministers of Peru (PCM) published the Final Report of the Commission for Sustainable Mining Development, which provides a roadmap of public policies that emphasize the use of renewable energies within mining activities in order to strengthen sustainability in the Peruvian mining sector (PCM, 2020).

Pleasantly, Peru is rich on natural resources, it has an average solar potential of 5.8  on the coast and mountains of the country, wind speeds above 10 m/s on the central coast and north and has an abundance of biomass resources in the Peruvian jungle. However, despite having natural resources, the progress of renewable energy in Peru has been slow. The existing 6 wind farms and 7 solar farms were developed through government tendered auctions; it is expected that there will be no more tenders for this type of project (OSINERGMIN, 2019). 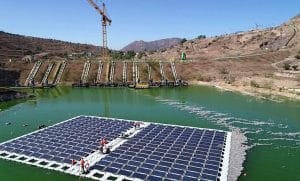 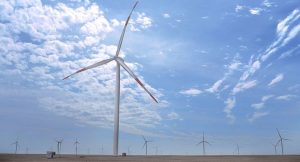 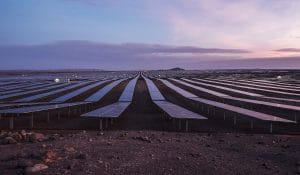 That is why the development of today’s renewable energy depends on the impulse that the private sector contributes in favour of energy decarbonization. In this scenario, the mining industry plays an important role because it can star in the Peruvian energy transition due to the high amount of energy it demands, its efforts to reduce greenhouse gas emissions, consolidate peaceful relationships with populations and enter a new case of business: being generators of their own electricity and selling their surpluses to the national interconnected system (as occurs in other countries). The deployment of this impulse will not only favour the country’s mines in economic and environmental aspects and provide energy diversification in the energy sector, but it will also be a lever for promoting technology, in which electric mobility is located, as well as process automation, use of second-generation renewable energy such as hydrogen gas, among others.

This type of initiative has been applied in other parts of the world. One of the closest cases is Chile, also a mining country, where Codelco, Antofagasta Minerals, Anglo-American and Glencore miners have incorporated solar and wind solutions to provide energy to their mining activities.

The inclusion of clean energy sources can also become a form of reconciliation between the community and the mining industry. The self-generation of renewable energy within the mine can make way for rural electrification projects through the Works for Tax (OXI) process. With this process, a mining company provides a basic service to a population in exchange for exemption from the income tax paid by the mining companies. This solution would be an ideal way to support the government in its national electrification program, providing a better quality of life for the populations and appeasing the tense relationship that sometimes arises between mining and the community.

Both mining and energy activities in Peru should be considered as two closely related historical processes that can generate great advantages during the development of public sustainability policies. This occurs because part of the energy expansion in Peru was due to the need for electricity that the mines demanded. One of the first cases is Cerro de Pasco Copper Corporation that, since 1915, built hydroelectric farms (La Oroya, Pachachaca and Malpaso) for mining consumption, which many years later favoured the electrification of the communities of Cerro de Pasco and La Oroya (MINEM, 2007). So, if both activities complement each other and meet common objectives, it is possible to think of a renewable energy transition in Peru promoted by the sector loved and hated at the same time, mining. 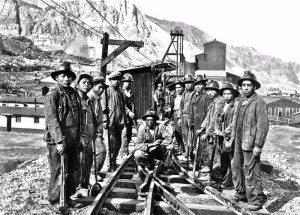 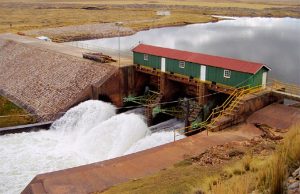 Colloquially, Peru is known as a country of “metal and melancholy,” since minerals have been part of its pre-Columbian, colonial and republican history, granting considerable economic income that maintains monetary stability and, at some point, saved Peru from national economic deficit. However, this benefit generated a high cost in the management of natural resources and the relationship with the communities. For this reason, thinking about a more sustainable way of carrying out mining activities is also promoting a low-carbon culture, with high technological dynamics and empathy with the population. And, in this task, renewable energies play the leading role in generating clean and safe energy for the mines and surrounding communities, allowing the reduction of the carbon footprint to 0% in mining activities and opening up to automation and expansion technological in mines. For its part, the energy sector and Peru thrives on a source of sustainable employment, while diversifying and decarbonizing the energy matrix. This scenario becomes a kind of flashback, where, once again, mining and energy come together in favour of a more developed and, now, more sustainable Peru.

Electricity microeconomics does not change: only the use we make of it