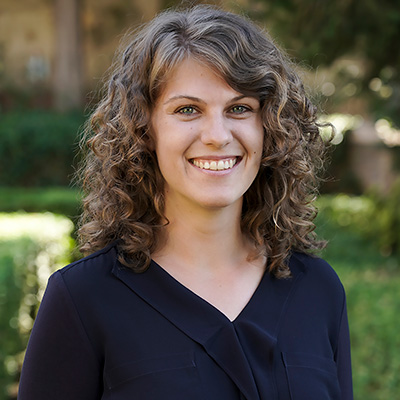 A new deal for energy consumers

The research FSR Energy conducts on these areas is done in the context of the European H2020 project INTERRFACE (“TSO-DSO-Consumer INTERFACE aRchitecture to provide innovative grid services for an efficient power system”). INTERRFACE brings together more than 40 partners from all across the electricity sector. Besides thinking about future regulation, several pilots are also being set up as a part of the project.

What is it about?

Consumers have been given the right to access and share their own energy data by recent EU legislation from the Third Energy Package and the General Data Protection Regulation (GDPR) to the Clean Energy Package (CEP). As part of the CEP, the recast of the e-Directive (Directive (EU) 2019/944) lays down general principles for how Member States should deal with consumer data. Among others, they require Member States to create an adequate regulatory framework to organise the management of consumer data.

In many Member States, the choice between centralised and decentralised models can be assumed to be a mere result of the existing legacy systems. While traditionally, consumer data was exchanged bilaterally, now more and more MS are transitioning from a decentralised to a more centralised approach. However, large disparities remain across Member States. When assessing these large disparities in DMMs across Member States in its Impact Assessment for the Market Design Initiative in 2016, the European Commission identified three options for future DMMs: (i) sole responsibility by the Member State, (ii) common criteria and principles and (iii) a common EU model. Both the European Commission and network companies (both TSOs and DSOs) share the view that option number two, common criteria and principles, is the most suitable way forward.

What does the Clean Energy Package say?

Despite the widespread agreement that the best solution for managing and exchanging consumer data must be assessed for each national context, it is acknowledged that a lack of standardisation and interoperability can pose barriers to retail competition [2]. More precisely, it can create entry barriers to mainly national retail markets for established suppliers who want to expand their business to other Member States [3]. The need for interoperable solutions is also reflected in the provisions of the Clean Energy Package.

Article 23 of the e-Directive states that Member States shall organise the management of data to ensure efficient and secure data access and exchange, as well as data protection and data security. It is important to note that the Clean Energy Package expresses no preference of one DMM over the other. Instead, the principles laid down apply independently of the DMM. To ensure compliance with the requirements of the e-Directive, the Member State or a designated competent authority shall authorise and certify, or where applicable, supervise, the parties responsible for the data management.

Further, Article 24 of the e-Directive addresses the need for Member States to facilitate the full interoperability of energy services within the Union to promote competition in the retail market and to avoid excessive administrative costs.

Which Network Code and Guideline Areas are relevant?

In the area of consumer data management and exchange, none of the designated areas for new network codes listed in Article 59 of the e-Regulation can be applied.

However, regarding interoperability, Article 24 of the e-Directive states that the Commission shall adopt, by means of implementing acts, interoperability requirements as well as non-discriminatory and transparent procedures for access to data. ‘Data’ is understood to include metering and consumption data as well as data required for customer switching, demand response and other services data in accordance with Art. 23(1) of the e-Directive. It is important to note that those requirements and procedures shall be based on existing national practices. At the Florence Forum 2019, the European Commission presented such implementing acts to be among the legislative priorities based on the empowermenets the Clean Energy Package.

[1] As explained in the report on TSO-DSO Data Management by ENTSO-E, Eurelectric, EDSO, GEODE and CEDEC, a data management model refers to ‘the framework of roles and responsibilities assigned to any party within the electricity system and market and the subsequent duties related to data collection, processing, delivery, exchanges, publishing and access.’

[2] The e-Directive defines interoperability, in the context of smart metering, as ‘the ability of two or more energy or communication networks, systems, devices, applications or components to interwork to exchange and use information in order to perform required functions.’

[3] One example in this context are the Nordic countries that have been working towards harmonising their electricity retail markets since 2005. NordREG states that the aim is not to implement one single retail market, but among others to reduce market entry barriers for retailers who want to extend their business to other Nordic countries. To facilitate harmonisation, all Nordic countries are moving towards the implementation of data hubs for metering data and market processes. The harmonisation of business processes is largely completed. However, on the more technical level a supplier currently needs to comply with one interface for each hub, which constitutes a market barrier due to the need and costs to operate four IT subsystems in parallel.