In this article, Andris Piebalgs and Maria Olczak explain why loosening US methane rules could sound like a gift for the industry now but will hurt its competitiveness in the long-run. 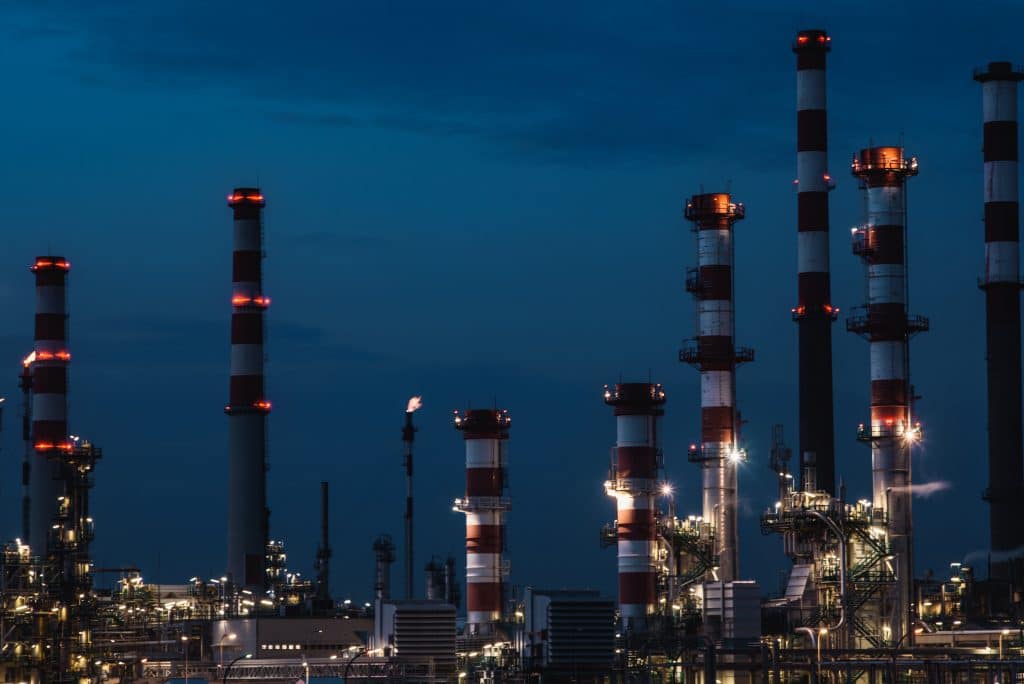 On 13 August 2020, US Environmental Protection Agency Administrator (EPA) Andrew Wheeler announced the final rollback of the 2016 standards (NSPS) aimed at curbing methane emissions from the oil and gas sectors. This means that it took three years and a half for the Trump administration to reverse the rules established by his predecessor, Barack Obama. The decision comes in the midst of the COVID-19 pandemic, which ended the period of shale gas bonanza in the US.

In this article, we explain why loosening the methane rules could sound like a gift for the industry now but will hurt its competitiveness in the long-run.

In mid-August 2020, the US Environmental Protection Agency (EPA) has finalised amendments to the 2016 New Source Performance Standards (NSPS) – the federal standards regulating methane emissions from new and modified sources in the oil and gas industry.

So what has changed and what has remained the same?

The EPA expects that this move will yield net benefits of USD 750 to 850 million between 2021 and 2030, or about  USD 100 million a year. During his Pittsburgh speech, Andrew Wheeler emphasised that the expected savings related to the regulatory compliance costs will reach between USD 17-19 million per year.

The assumptions under the cost-benefit analysis have been highly criticised, due to the fact that the Trump’s administration estimation only took into account the domestic social cost of methane without considering economic damage occurring outside the US.

2016 The NSPS: the good, the bad and the uncertain

One has to admit that despite the good intentions behind the adoption of the NSPSs, they were imperfect, to begin with.

One of the major weaknesses of the 2016 regulations is that they impeded the development of emerging methane detection and measurement technologies. The 2016 rule allowed the use of two methods to detect methane leaks: the EPA Method 21 or Optical Gas Imaging  (OGI) instruments. It also allowed for the use of Alternative Means of Emission Limitation (AMEL) subject to EPA’s approval.

However, the restrictions put on companies seeking EPA decisions discouraged them from seeking the approval of AMEL. Also, the EPA Method 21 and OGI are not suitable to discover disproportionally high sources of methane emissions, the co-called ‘super-emitters’. As a consequence, the industry ended up paying high costs to find and repair many small emissions sources, which had little significance.

The reason for 2016 NSPS inadequacy may lie in the fact that scientific research and understanding of fugitive methane emissions, as well as more robust estimates of emissions, progressed considerably only after the rules came into force.

Moreover, the regulatory framework in the US did not properly address one of the emerging problems back in 2016 – which has come to be one of the most palpable today that is the flaring of associated gas. The only exception was the 2016 Waste Prevention Rule issued by the Bureau of Land Management, which regulated flaring, venting and leaks on public lands. Similarly to the NSPSs, the Rule has been reversed by the Trump administration. Then, the reversal was challenged through a series of legal lawsuits. As a result, the 2016 Waste Prevention Rule will come into effect in mid-October 2020, if not stayed or vacated by another court before that date.

According to the World Bank data, the volumes of natural gas flared in the US increased by 46% (from 11.85 bcm to 17.29 bcm) between 2015 and 2019. The only time when the emissions decreased was actually between 2015 and 2016, when the volumes dropped by 3 bcm. The US was also a major contributor to the global increase in natural gas flaring in 2019.

The flaring of associated gas is mostly an (infra)structural problem in the US. The shortage of infrastructure linking the producing and consuming regions together with rather loose regulatory restrictions at the state level made a decision to flare or vent the associated gas much easier for many oil producers. The US is currently in third place, after Russia and Iraq, and before Iran and Venezuela in terms of gas flaring volumes.

The rollback of methane rules demonstrates the division among the oil and gas companies. The announcement was welcomed by small and medium sized companies which, even without the Covid-19 pandemic, were struggling to stay afloat. The American Petroleum Institute (API) representing many small and medium entities called the new rules introduced by the current US administration “smart regulations”.

It should be noted that the new rules did not bring about significant changes in terms of the regulatory burden for these companies, as they are still obliged to follow the regulations to reduce VOCs. However, had the 2016 rule stayed in place, they might have ended up regulating already-existing wells (as the EPA initially intended in their drafts) and it would have been much more costly for the companies to comply.

On the other spectrum of the industry, the Oil Majors support stricter methane rules. The President of BP America, Susan Dio, wrote in a 2019 op-ed: “The best way to help further reduce and ultimately eliminate methane emissions industry-wide is through direct federal regulation of new and existing sources”. We can find very similar suggestions coming from Shell and ExxonMobil.

Having methane regulations in place is considered essential for those companies to be able to continue to sell gas in an increasingly decarbonised world. That’s because one set of federal standards is considered less troublesome for them than having to deal with a patchwork of state regulations (i.e. New Mexico is developing their own set of regulations in the absence of federal rules).

In response to the lack of unified federal standards, the Oil Majors themselves have organized in a consortium, the Oil and Gas Climate Initiative (OGCI) and set a collective methane reduction target. The consortium is aiming at reducing the collective average methane intensity of its aggregated upstream gas and oil operations by one fifth (to below 0.25%) by 2025, and has ambitions to reduce it even more (to 0.20%). Following the joint target, many companies have decided to set their individual methane reduction targets with the scope to accelerate the industry response to climate change. Earlier this year, the OGCI also set a joint carbon intensity target for their aggregated upstream oil and gas operations.

In the meantime, other countries and regions are implementing policies and regulations to reduce methane emissions from the oil and gas operations. Canada and Mexico, which back in 2016 announced a joint trilateral pledge with the US to reduce methane emissions from hydrocarbons by 40-45% from 2012 levels by 2025, adopted methane regulations in 2018 and now focus on their implementation.

Other regions, like the European Union, a major natural gas importer – including liquefied natural gas (LNG) from the U.S. – is expected to publish its Methane Strategy this fall.

Even in the case the strategy will not include methane intensity targets for natural gas imports, as suggested by the leaked versions, it will definitely establish robust transparency standards and support the development of emerging methane detection technologies such as satellites. The suggested Methane Supply Index will also help to distinguish different supply routes according to their methane intensity

In any case, the forthcoming EU methane regulations may influence the attractiveness of the US LNG. The European Union is taking serious steps towards the targets set in its European Green Deal and towards climate neutrality. Curbing methane emissions is a fundamental part of the process to get there.

The President of the European Commission – Ursula von der Leyen – confirmed this direction during her first State of the Union speech by proposing to increase the  2030  target for emission reduction to at least 55% and earmarking 30% of its $880bn COVID-19 recovery plan for climate initiatives.

The recently completed rollback of methane rules should be interpreted in the context of the upcoming presidential elections in the US in November. As Trump’s re-election is far from certain, the current US president is seeking additional support from companies constituting a backbone of the US oil and gas sector using a relatively simple and low-risk approach.

Two months prior to the Andrew Wheeler’s announcement, the group of Democratic members of the House of Representatives unveiled a comprehensive report presenting policy recommendations on how to tackle climate change promoting economic growth and job creation. The report is similar in scope to the action plan of the European Union and it the European Green Deal. Similarly to the EGD, the US Climate Crisis Action Plan calls for achieving net-zero greenhouse gas emissions by 2050.

A recent Pew Research survey revealed that 65% of Americans, including more than half of Republicans, think that the government should do more on climate change. It is likely that action on climate change will become one of the major topics of the presidential campaign.

The regulatory rollback of the methane rules shows a tendency to favour short-term political gains over the long-term competitiveness of the US energy companies. Had the Trump administration’s objective been to really support the US oil and gas sector, as they declare, they would have never put the sector through a 4-year period of regulatory uncertainty.

The regulatory rollback of the methane rules shows a tendency to favour short-term political gains over the long-term competitiveness of the US energy companies. Had the Trump administration's objective been to really support the US oil and gas sector, as they declare, they would have never put the sector through a 4-year period of regulatory uncertainty.

Despite the shortcomings of the 2016 NSPS, there were better ways to deal with imperfect regulation than just reversing it completely.  The rules could – and should – instead be regularly improved to incorporate the rapid advancements in scientific knowledge.

The regulatory tinkering was a great occasion to create the right incentives for the oil and gas companies to innovate and to make their operations more efficient. The US companies have the potential to lead the technology development in the field of methane emissions detection and reduction, however, it seems that the Canadian companies were much faster in grasping this opportunity. The Montreal-based GHGSat, supported by the Canadian government through the Sustainable Development Technology Canada, is now leading global GHG monitoring services with the use of satellite imagery.

Investment in the development of new technologies and services – not loosen legislation on methane – would have put the US oil and gas industry in a much better position to cope with the great uncertainty brought about by COVID-19 – which, even by itself, could very well be the harbinger of the end of the oil age.