This is the third installment of our Topic of the Month: Legal Challenges for Peer-to-Peer Energy Trading and Energy Communities 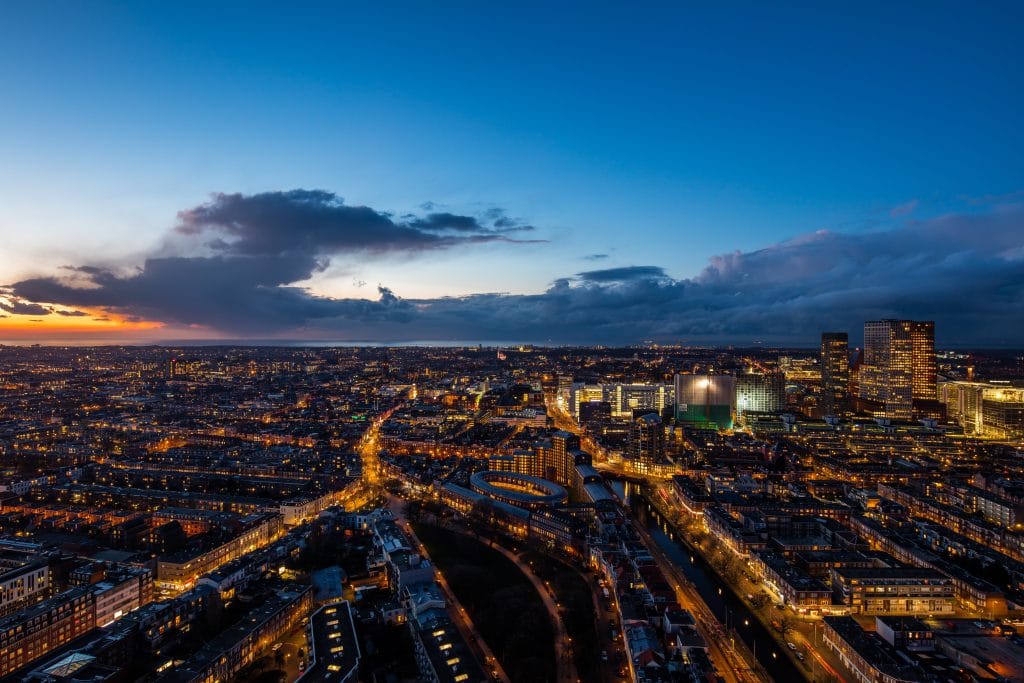 The decentralisation of renewable energy production combined with the digitalisation of the electricity sector has created the ideal environment for the rise of new marketplaces, where non-professional actors – prosumers (producers and users of renewable energy at the same time) and consumers – can exchange energy directly: the peer-to-peer (P2P) platforms for electricity trading. These platforms have the same features as traditional collaborative business models and fit perfectly with the definition of the collaborative economy contained in the Commission Communication “A European agenda for the collaborative economy“. They offer an offline service, the sale of electricity, through the means of a digital platform that matches the demand with the supply and interconnects prosumers and consumers in an automated and horizontal way.

Jean-Michel Glachant has argued that three pillars are necessary to implement P2P energy transactions: a pricing mechanism that defines the price of the energy exchanged; a digital transaction loop that allows the encounter of supply and demand of energy; a delivery loop that ensures the security of supply. [i] These pillars are common in many other economic sectors, but the specific characteristics of electricity generate a series of legal challenges for the existing regulatory framework. In particular, three key issues grounded in legal measures outside sector-specific regulation merit further attention: consumer law, e-commerce, and liability.

Based on the EUI RSC Working Paper series, the third installment of our Topic of the Month deals with the potential disputes related to the risk liability of P2P online platforms depending on being information society services or energy suppliers.

1. When the peers are household consumers – Unfair commercial Practice

In our first installment of the topic of the month, we argue that the legal definition of P2P trading adopted in the Renewable Energy Directive (RED II) neither restricts peers to energy end-users nor to household consumers. On the contrary, it defines P2P trading as “the sale of renewable energy between market participants by means of a contract with pre-determined conditions governing the automated execution and settlement of the transaction”. Although the Clean Energy Package opted for a broad definition, knowing who the peers are in P2P trading is important to define the rules that govern the transactions.

If peers are consumers as defined by general consumer law – meaning, individuals or householders – a price mechanism must conform with the unfairness test as established by the Unfair Commercial Practice Directive. This means that algorithms that govern automated execution cannot create a significant imbalance to the detriment of the consumer. The consequence is the increase of liability risk to platforms operators or designers as long as their algorithms defining price marching could be contested ex ante regardless of the consumers’ consent in an agreement.

2. The problematic legal qualification of P2P electricity platforms: are they providers of information society services or energy suppliers?

A digital transaction loop is made of platforms that enable P2P trading. Should these platforms be qualified as providers of information society services that allow consumers to keep in contact under the e-Commerce Directive (2000/31/EC)? Or would it be better to view them as providers of the offline service, namely energy suppliers, under the new Electricity Directive (2019/944/EU)? The Court of Justice of the European Union has outlined the criterion of the decisive influence to identify the applicable regime to the two most famous collaborative platforms in the world. These are the  Uber (C- 434/15 Uber and C-320/16 Uber France) and Airbnb (C-390/18 Airbnb Ireland). According to this criterion, a platform can be considered a provider of information society services whether the intermediation service offered is autonomous and not merely ancillary from the substantive service, such as transportation for Uber or provision of accommodation for Airbnb. However, this solution does not seem right in the energy market because the complexity of P2P electricity platforms makes impossible a clear distinction between goods and services.

In any case, this uncertainty is detrimental to the legal protection of energy prosumers and consumers. Indeed, the e-Commerce Directive[ii] regulates precisely the treatment of online contracts[iii] and contains a detailed list of protection instruments tailored to the information needs of consumers that operate in a digital environment[iv]. At the same time, the Electricity Directive provides that energy suppliers, as professional intermediaries, have to ensure a specific level of protection to electricity consumers, specifically tailored to their peculiar needs in a highly regulated market that manages the supply of an essential good[v]. So, considering P2P energy platforms only as providers of information society services would mean depriving prosumers of their rights as energy consumers but, at the same time, qualifying them only as energy suppliers would result in detrimental effects on the peculiar protection needs of platform users as consumers engaging in online transactions.

3. The contractual liability of platform operators in P2P electricity networks.

A delivery loop reminds us that P2P energy trading depends on a physical infrastructure to dispatch electricity between peers. However, how to allocate the liability in case of imbalances or breach of the supply contract that interconnects prosumers with other prosumers and consumers (peers)? This is a problem because it is hard to identify the defaulting part in a decentralised context in which transactions are launched autonomously in the platform. More precisely, it is often unclear who is the contractual counterpart of consumers and prosumers interacting in a P2P energy platform: the platform itself? Other peers? Could the platform (more precisely, the operator that manages it) be held liable for non-performance of the underlying energy supply service? Or could this liability rest on prosumers?

The point is that platforms often act not as mere intermediaries but as the actual suppliers of the service. They operate as professional actors and assume the economic risk of P2P trading operations by defining the content of the supply contract, the terms and the standards that prosumers must meet to offer the performance. In other words, they often exert an active “remote control” over the conditions under which prosumers provide the energy supply service and, for this reason, prosumers and consumers rely on them as their actual counterparts. In these cases, platform operators create the legitimate expectation that they will be responsible for the correct performance of the energy supply service, so they could be considered jointly liable with the defaulting prosumer.

4. Standardisation of contracts as an away out and the role of DSOs.

These legal issues bring us to a key conclusion. The heavy burden of network imbalance responsibility and the uncertainty of consumer complaints about the unfairness of the terms may deter new entrants and start-ups to the detriment of those consumers willing to engage more actively with energy. A first way to overcome these legal barriers could be the standardisation of pre-determined terms and conditions by regulators. This solution would remove from platform operators or software developers the decision-making of how to match supply and demand by the peers using the platforms and how to define prices. By doing so, P2P trading platforms could claim recognition as simple exchange platforms rather than energy suppliers. At the same time, an increased role of the distribution system operators would be desirable. Even though DSOs are not parts of supply transactions in the legal sense, they exert a general supervisory role on the entire electricity grid. This role should be enhanced to improve the design of the new liability system in such a way that DSOs can facilitate the tasks of platform operators and cooperate with them to ensure a high level of consumer protection to peers in collaborative electricity platforms.

Peer-To-Peer Trading and Energy Community in the Electricity Market: Analysing the Literature on Law and Regulation and Looking ahead to Future Challenges by Lucila de Almeida, Viola Cappelli, Nikolas Klausmann and Henri van Soest (15 March 2021).

Peer-2-peer in the electricity sector: an academic compass in the making by Jean-Michel Glachant (9 October 2020)

Acknowledgement: the publication is part of the work of the Global Observatory on Peer-to-Peer, Community Self-Consumption and Transactive Energy Models (GO-P2P), part of the User-Centred Energy Systems Technology Collaboration Programme (Users TCP) run under the auspices of the International Energy Agency (IEA). GO-P2P benefits from the support of Australia, Belgium, Ireland, Italy, The Netherlands, Switzerland, the United Kingdom and the United States

[i] Glachant J-M, Peer-2-Peer in the Electricity Sector: an Academic Compass in the Making, Florence School of Regulation Policy Brief 2020/36.

[ii] See also the recent proposal for a regulation of the European Parliament on a single market for digital services, the so-called Digital Services Act

Electricity microeconomics does not change: only the use we make of it