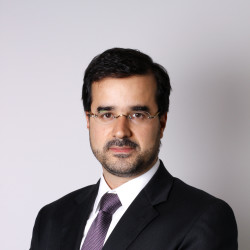 In this Topic of the Month, we will turn to the notion of energy governance, both within and beyond the EU, and consider how regulation and competition law function as competing governing tools. The two authors for this month are Peter Alexiadis, a partner at Gibson Dunn & Crutcher LLP and part-time professor at King’s College London, and Caio Mario da Silva Pereira Neto, a professor at FGV Law School São Paolo, Brazil and partner at Pereira Neto – Macedo. Each week, they will take a look at a different angle of this topic and weigh the effectiveness of these two governing methods.

The first post focused on the division of regulatory powers, the second will turn to the future of regulation, the third will consider the notion of a ‘super-regulator’, and, finally, focus on the importance of the independence of regulators.

A recently issued report in the United Kingdom has promoted the idea of creating a new regulatory agency architecture which cuts across traditional utility sector regulation. This new multi-sectoral agency would consist of the creation of an “Essential Service Consumer Regulator”, while a second multi-sector agency would be responsible for a more traditional source of regulatory intervention – in the form of an Infrastructure Services Regulator.
The driver for this bifurcated regulatory model is said to stem from the perceived need to put consumers at the heart of markets which, rather than being vertical sector-specific silos, are being increasingly brought together by the twin phenomena of digitalisation and connectivity, thereby leading to increasing convergence. Such convergence is further boosted by the data-driven economy, as the collection, processing and management of data is opening up new possibilities in terms of managing supply and meeting demand. Indeed, as suppliers come to understand consumer needs, preferences and patterns at unprecedented levels, new types of personalized offers and bundles are being designed. This, in turn, results in new types of suppliers, intermediaries and aggregators being able to enter the market.
As a result of this fast-moving process, certain traditional individual products tend to be “invisible”, becoming embedded in a broader range of products or services that are more desirable to consumers. In such an environment, it is arguable that the focus of regulation will need to move from product regulation to one which regulates more integrated services (e.g., telecommunications and energy sector operators are gathering increasing amounts of data from users, in order to offer other integrated services, which often allows them to compete in adjacent markets). Moreover, identifying consumer harm in such circumstances will become an increasingly complex task, as consumers’ meaningful choices will need to be assessed in a multi-product world, which will also mean that they will increasingly focus on service value rather than merely on product cost (which is the focal point of today’s regulators). According to this line of argument, if these functions are not merged, consumers will either not be able to benefit from bundled services or will have to ‘unpick’ these complexities themselves, which would increase consumer harm.
Under the proposed bifurcated regime, the Essential Service Consumer Regulator would merge the consumer parts of the existing regulatory functions into one “consumer” regulator for essential services.  To complement this major shift in emphasis towards consumer-focused regulation, a rationalisation would need to occur of economically regulated monopolies, with the development of a new infrastructure agency that regulates the fixed assets of all those infrastructure utility providers with market power. According to the authors of the report, there are emerging business models which indicate that cross-utility asset management and upgrades offer material cost reductions and synergies. This new regulatory model arguably provides a blueprint for the consolidation of regulatory powers in smaller jurisdictions keen on cutting costs, promoting efficiency and developing scale in their regulatory institutions.
For a more in-depth study on this topic, you can read Peter and Caio’s recent FSR Research Report on the issue, available here.