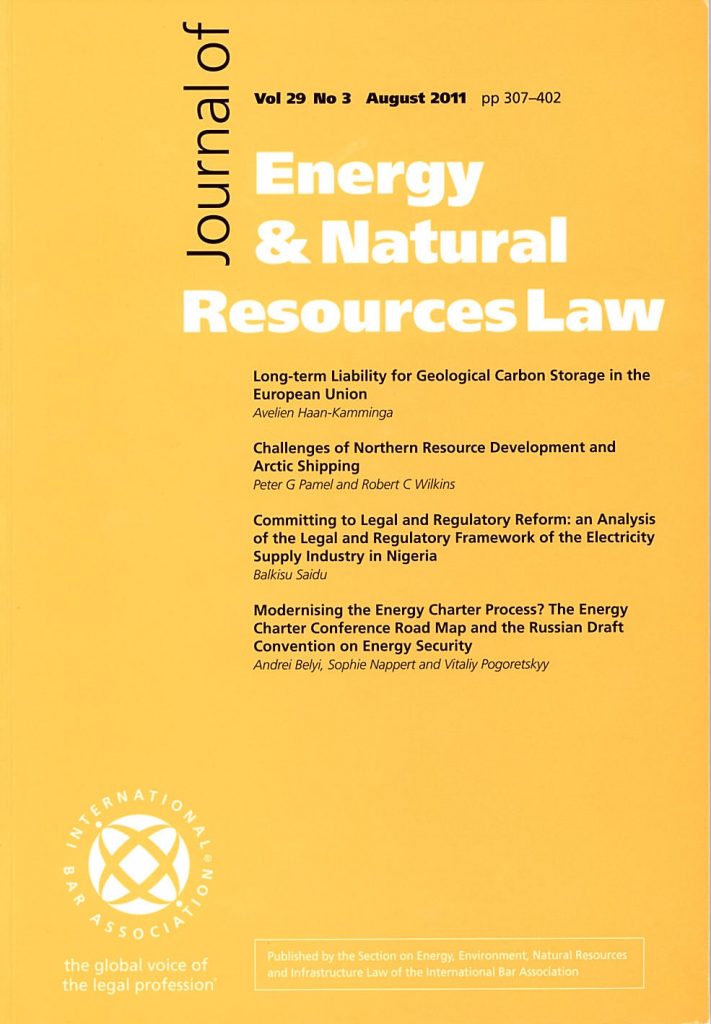 This contribution investigates the form and content of a new and updated European Union (EU) legal framework intended to regulate third-country import pipelines for gas, including the ‘upstream’ component of the Nord Stream 2 pipeline. The article will first set the scene and examine the essential features of the current legal regime regulating import pipelines in the EU and explore its extraterritorial dimension, including the discussion of the allocation of competencies between the EU and its Member States. Subsequently, the paper will explore the newly proposed EU legal framework for import pipelines as set out in the Commission’s proposal to amend the 2009 Gas Directive. It will focus on three crucial, interlinked dimensions: (1) the proposed form of such legislation; (2) the applicability of the framework to existing and new pipelines entering the EU (scope); and (3) a potential derogation and exemption regime for import pipelines.

The paper has been published in the Journal of Energy and Natural Resources Law.