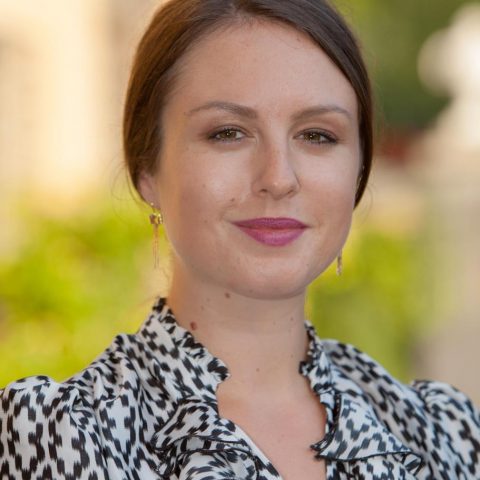 FSR Topic of the Month:

The EU Electricity Network Codes and Guidelines deal with cross-border and electricity market integration issues. The guidelines (GLs) are the legal instruments that ensure that the regulatory framework is up-to-date with the fast progress of the Internal Energy Market (IEM). But, the GLs do so mostly through their provisions, which support the emergence of further regulatory instruments, called Terms, Conditions, and Methodologies (TCMs). Currently, the Balancing (EBGL), Capacity Allocation and Congestion Management (CACM GL), Forward Capacity Allocation (FCA GL) and System Operation (SOGL) guidelines are to be further implemented through more than 100 regional or European TCMs.

Topics of the TCMs

Regionality of the decision-making process

Since the TCMs are built around market and system operation topics, the Transmission System Operators (TSOs), as the main technical experts of the Internal Energy Market (IEM), were appointed as the main drafters, through the provisions of the GLs. Other market players, as well, such as the Nominated Electricity Market Operators (NEMOs) (in the case of the CACM GL) may be under obligations to draft TCMs. After the drafting, the TCMs shall be approved by the National Regulatory Authorities (NRAs). The approved TCMs will become binding on the TSOs and all other addressed parties, once each NRA has adopted a national decision to implement the TCM, within its own national jurisdiction. In this way, one can observe that, while the drafting and approval are performed at a regional or EU-wide level, the implementation and monitoring of the implementation is done, firstly, at national level. The national decision of the NRA represents the legal basis through which any interested party can challenge the actions of a TSO or NRA in regards to the potential incorrect implementation of a certain TCM.

In this way, the regulation of the market becomes more decentralised.  The EU legislators are not directly involved, but the NRAs and ACER were granted important decision-making powers. In addition, it can be observed that the decision-making process is separated among the regional and European level. The NCs and GLs define the splitting of the IEM in several regions. For example, the CACM GL mandates the definition of capacity calculation regions (CCR) [2], while the Requirements for grid connection of generators NC (RfG NC) refers to synchronous areas [3] and the SOGL to load-frequency control areas (LFC) [4].

All EU TSOs or TSOs from a concerned region will have to cooperate and draft a methodology on a specific topic, as required by the provisions of one of the Guidelines. They are obliged to submit a proposal for a methodology by a certain deadline. [5] The TSOs shall submit the proposal to all NRAs from the EU or to the NRAs from the concerned region, depending on the impact area of the topic dealt with in the methodology. For instance, a proposal for a common capacity calculation methodology, issued under Article 15(1) CACM GL will be drafted by the TSOs from a certain CCR and shall be submitted for approval to all NRAs from the same CCR. On the contrary, a proposal for a methodology establishing the methods to distribute the congestion income among TSOs shall be developed by all EU TSOs and submitted for approval to all EU NRAs. [6]

Once the regional or all EU NRAs receive a proposal for a methodology, they shall approve it with unanimity. The approval will be done through an All/Regional NRAs Framework Agreement. This multinational agreement needs to be further transposed at national level through an individual national decision of each of the NRAs involved in the approval. Given that the methodologies bear uneven distributive effects on the states involved, the NRAs might find it difficult to reach an agreement. In these situations, or at the joint request of the NRAs, ACER will be asked to issue a decision settling the matter. Once again, pursuant to ACER`s decision, each NRA will take a national decision on the implementation of the TCM in question. [7]

Initially envisaged by the European Commission as technical documents with a legal value similar to the one of the Guidelines themselves, the TCMs have developed into documents whose legal nature remains unclear. Certainly, they are regulatory documents crossing several jurisdictions, aiming to create trans-national legal standards that ought to be further implemented by each MS, separately.  The question that still needs to be answered is: how can one qualify these methodologies, from a legal perspective, so as to ensure their swift enforcement at a cross-border level? After all, while we talk about market integration, could we not also add judicial integration to the discussion?

The next blog post will touch upon the second type of implementation challenges: private agreements.

[3] Synchronous area: areas covered by synchronously interconnected TSOs, such as the synchronous areas of Continental Europe, Great Britain, Ireland – Northern Ireland and Nordic and the powers systems of Lithuania, Latvia and Estonia, together referred to as `Baltic` which are part of a wider synchronous area [Article 2.2 Commission Regulation 2016/631 establishing a network code on requirements for grid connection of generators]

[4] LFC area: means a part of a synchronous area or an entire synchronous area, physically demarcated by points of measurement at interconnectors to other LFC blocks, consisting of one or more LFC areas, operated by one or more TSOs fulfilling the obligations of load-frequency control [Article 2.12 Commission Regulation 2017/1485 establishing a guideline on electricity transmission system operation]