How to make the “energy efficiency first” principle operational

Highlights from the debate: Implementing The “Energy Efficiency First” Approach 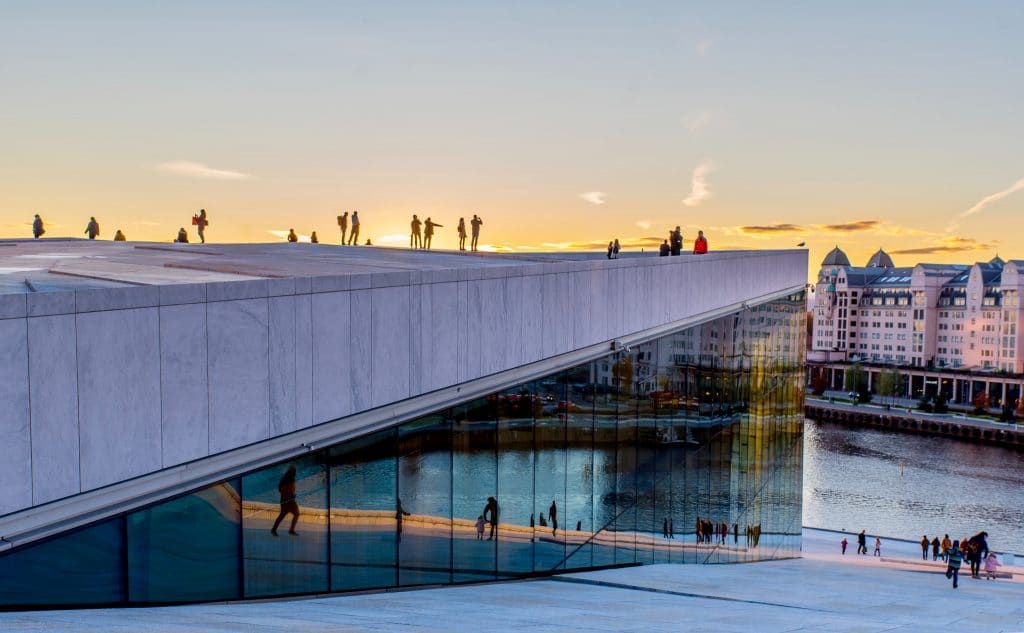 This #FSRDebate aimed to discuss which measures should be used and which mechanisms should be harnessed to pursue the “energy efficiency-first” approach, which is at the core of a more circular economy system, one of the pillars of the EU decarbonisation strategy. This issue is particularly critical given that, since 2014, the trend in energy consumption in Europe has been pointing towards the EU not meeting its 20% energy efficiency targets for 2020, for both primary and final energy consumption. For 2030, the energy efficiency target is currently set at 32.5%, but it is likely to be increased to approx. 40% (in terms of final energy consumption) in line with the more ambitious decarbonisation target set by the European Green Deal.

The Debate considered the barriers which have prevented the EU from reaching its 2020 energy efficiency target, despite the promising outlook back in 2005, and how these barriers could be tackled to achieve the more ambitious 2030 target.

Main Takeaways from the introductory presentations

The Debate was hosted by Leigh Hancher (FSR).  In her opening remarks, Claudia Canevari (DG ENER, EC) stressed that energy efficiency is a key component in the fight against climate change, as recognised in the EU Green Deal. In fact, energy efficiency is a precondition to reach the decarbonisation objective. The European Commission is working to revise the Energy Efficiency Directive to strengthen its requirements, to reflect the more ambition decarbonisation target (55% GHG emission reduction by 2030) and to introduce the energy efficiency first principle. This is already reflected in the Governance Regulation. The Commission is also working on a Recommendation and on a (sector-specific) Guidance, to be adopted by June 2021 as part of the “Fit for 55” Package, on how to make the “energy efficiency first” principle operational.

After Ms Canevari’s opening remarks, Alberto Pototschnig (FSR) provided a short introduction outlining the two questions which were the focus of the Debate.

The last introductory presentation was provided by Lorenzo Pirelli (European Court of Auditors, currently at the FSR) who summarised the main results of the audit conducted by the European Court of Auditors on the cost-effectiveness of policy interventions to promote energy efficiency in buildings, which are responsible for more than 40% of energy consumption. Despite some good practices (e.g. in Lithuania, with a 20-year loan scheme), the report identified a number of weaknesses: many grants provide 100% public aid rate, first-come-first-served selections of project, little focus on cost-effectiveness, frequent lack of indicators measuring energy savings or cost-effectiveness of measures.

Key remarks from the panel

In her introductory remarks, Prof. Löbbe focused on four issues: (i) “energy efficiency” policies should take a longer-term perspective with a circular economy and product lifecycle view; (ii) the energy efficiency measures most likely to be implemented are also those who provide benefits to companies, which indicates the need to promote greater sensitivity to and better qualifications on energy efficiency in the economy; (iii) the need to make regulation more efficient and effective, avoiding allocating funds not being utilised due to administrative hurdles; (iv) to prioritise market-oriented principles in energy efficiency and eliminate conflicting instruments.

Ms Pató then stressed the gap between the EU ambition and the national ambitions as indicated in the NECPs. In fact, already in the past ten years, if the effect of energy efficiency policies is normalised to take account of sectoral effects, the level of activity and the weather, their impact has gradually decreased. The policy signals should therefore be strengthened. Carbon prices might play a role, if sufficiently high to impact behaviour, but this might have a social effect. However, high carbon priced may lead to revenues being available for energy efficiency measures which can also be used to trigger behavioural changes. Therefore, carbon pricing applied to the building sector should go hand in hand with energy efficiency support policies, also considering that to reach the new higher ambitions a doubling of annual energy saving is needed. That said, the efficiency first principle, while covering other sectors as well, should focus on specific aspects of economic activities, e.g. investment decisions, taking into account all the options available and factoring efficiency in the choice.

Mr Velluto commented on the failure of the EU to achieve its 2020 energy efficiency target. The building sector accounts for more than 40% of final energy consumption and 75% of EU buildings are still energy-inefficient. The key difficulties in improving energy efficiency are the small size of many of many buildings, the decision-making process for energy efficiency interventions and the limited technical capability of the potential beneficiaries. These difficulties are compounded by the very long payback period of some energy efficiency improvements, which has meant that most of the interventions have been about replacing technologies. The capital requirement and the cost of capital also represent a barrier in the case of deeper interventions, with long payback periods (often up to 30 years). In all these cases, the public sector, because of the size of possible projects (through aggregation) and its creditworthiness, should set the example and pave the way, through EU-approved programme (such as “Elena”, even though performance monitoring should be improved).

Views of the audience

After a first-round of contributions from panellists, three polls were used to collect views from the general audience. The first question asked participants about the main reason for the EU to fail meeting its 2020 energy efficiency target.

The majority of respondents believed that this failure was mainly due to badly designed support mechanisms and, to a lesser extent, to the lack of focus of policy-makers on energy efficiency.

The second poll asked participants how energy efficiency could best be promoted in the future. 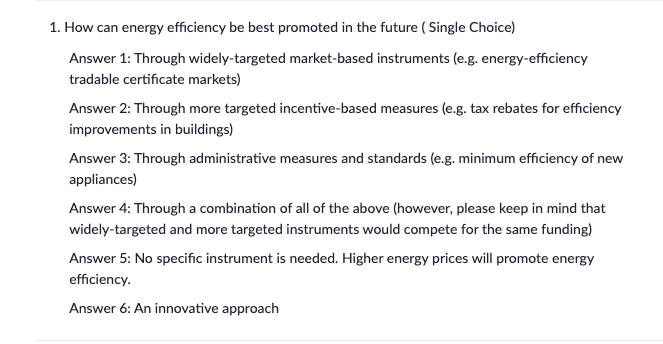 The majority of respondents favoured a combination of measures and, to a lesser extent, the use of administrative measures and standards.

The third poll explored whether priority should be given to energy efficiency measures which are most beneficial in term of carbon emission reductions.

The large majority of respondents indicated that energy efficiency measures that can also reduce the carbon footprint should be favoured.

The panellist and speakers of the opening part of the debate then commented on the results of the polls and addressed a few specific questions from the audience.