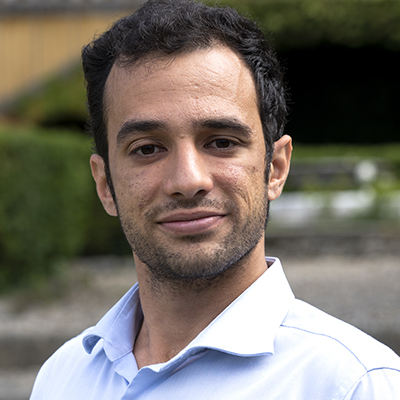 Green generation consists of technologies able to generate electricity without producing greenhouse gas emissions. Several primary energy resources can be used to fuel green generation: geothermal heat, biomasses, water flows, tides, sea waves, and the like. Nevertheless, two sources are particularly relevant today: wind and solar. In the past 20 years, significant cost reductions, complemented by generous public policies, attracted huge investments and led to the rapid deployment of wind farms and photovoltaic power plants. They now represent in relative terms the fastest growing source of electricity at the world level and their share in the generation mix in Europe and North America is significant (BNEF, 2019a; IEA, 2018).

Generating electricity out of wind or sun is not the same, but one fundamental characteristic is common to both technologies: the high share of capital costs, paid upfront to install long-lived physical assets (see Figure 1 below for the case of solar). Two immediate consequences derive: 1) the cost of finance contributes significantly to the total final project costs, and 2) market risk is high due to the long period over which the revenues from electricity sale are spread.

Total project costs for wind and PV – commonly represented with the levelised cost of electricity (LCOE) metric – compete nowadays in some locations with the costs of traditional fossil-fuel-based generators, but their structure is significantly different and for several aspects riskier (IEA, 2018; Lazard, 2018; IRENA, 2018). To make the situation more challenging, the unfeasibility to dispatch wind farms and PV plants at will – i.e., when demand is high – but only when the primary resource is available, is leading to a growing cannibalisation. The higher the deployment of PV and wind turbines, the lower the average price at which they are able to sell their production on the wholesale market (Hirth, 2015; Clô and D’Adamo, 2015).

The importance, and, at the same time, difficulty to secure an adequate and stable cash flow from the spot market explain the role of support measures in leveraging investments for renewables. Additionally, they beg the question whether green generators can still be economically viable when access to those support measures becomes subject to competition (i.e., support is awarded via auctions) or is no longer possible due to their complete phase-out.[1]

Over the past couple of years, a growing number of green generators have been looking for other, market-based, revenue streams before making their final investment decisions. This new trend is embodied by the signature of long-term power purchase agreements (PPA), frequently lasting ten or more years, with large corporate buyers, often either energy-intensive firms or companies willing to display their customers their commitment to environmental sustainability (BNEF, 2019b). The renewable power plant can be directly connected to the consumer premises (on-site PPA) or not. If it is not, the electricity can still be directly sold to the corporate buyer (sleeved off-site PPA) or not. In the latter case, the PPA is purely financial (virtual): the generator sells its output into the local power market and then settles with the corporate buyer the difference between the variable market price and the contract price (IRENA 2018).

Although green generators, producing electricity from solar and wind energy, share the same basic business model driven by “new assets employed” and “special revenue streams”, the precise technologies they use still imply relevant differences. Four types of green generators can then be identified.

First, onshore wind. The basic asset here is the single wind turbine that normally has a nominal capacity between 1 MW and 3 MW and is priced less than 1,000 $/kW, (BNEF, 2018). When including other factors, the global average total installation costs were estimated to stand at 1,477 $/kW in 2017 and exceeded 2,000 $/kW in very few markets (IRENA, 2018). Several entities can easily afford these costs and choose to own onshore wind farms with tens or, at maximum, one or two hundred turbines.[2] However, as recent support mechanisms introduce more competition through tenders, more professional and better funded players developing larger wind plants are favoured.

Second, offshore wind. Economies of scale are stronger in this case and specific skills to operate offshore are required. The result is that the typical wind turbine has a nominal capacity of 8 to 10 MW[3] and a normal wind farm has the size of a conventional fossil fuel plant: from few hundred MW up to over one GW. Only very large players have the financial firepower and the competences to play in this game, sometimes in cooperation with a very small bunch of technology vendors (BNEF, 2019c). Few European companies like Ørsted, EDP and Equinor currently dominate the market.

Third, utility-scale PV. The basic asset here is the single PV panel of a few hundred watts. By deploying thousands of them together, it is possible to get a typical utility-scale plant between few MW and 100 MW or so. Developing such projects does not require advanced engineering skills, but rather the ability to get administrative processes done and access to low-cost financing. As a result, barriers to entry are not particularly hard to overcome and several players, some of them entirely new to the electricity business, are competing hard both in mature and emerging markets. Prices are going down at breakneck speed and it is possible to imagine that some investor will lose their money.

Fourth and final, rooftop PV. The basic asset is the same as in the previous case, but a typical plant ranges in this case from one to a few hundred kW. The reduced scale means that some economies are lost: the average investment cost was around 1,500-4,500 $/kW in 2017, definitely above the 1,000-2,000 $/kW range recorded for investments in utility-scale plants (IRENA, 2018). In terms of LCOE, rooftop PV is definitely above wholesale prices, but in some locations it is competitive with retail prices, once network charges and levies are included (IRENA, 2017). The regulation of such charges and levies is then key to the viability of solar prosumers around the world. Net-metering, for instance, operates as an implicit subsidy for PV generation and plays a fundamental role in cases where the dimension of the PV unit and its production profile are not aligned with the consumption profile of the prosumer.

[1] Three categories of support schemes can be identified: 1) grants, investment and production tax credits, accelerated depletion rates and carbon pricing (either via an emission trading scheme or a carbon tax) that directly reduce the relative costs of a green generator; 2) green certificate schemes and renewable portfolio standards that create an additional source of revenue for green generators beyond the sale of electricity; 3) long-term power purchase agreements backed by governments, possibly coupled with priority of dispatch and compensation for curtailment, that reduce exposure to power market risks. The last category comprises feed-in tariffs and feed-in premium and has been particularly effective in fostering investments in green generation.

[3] General Electric has recently unveiled a turbine of 12 MW.