FSR and BNetza Forum on the Legal Issues of Energy Regulation

The 9th edition of the FSR and BNetza Forum on the Legal Issues of Energy Regulation from  October 27th 2017, tackled challenging issues of today’s regulatory framework in the EU

The 1st session of the workshop dove in the market rules of the Clean Energy Package (CEP), especially the novelties brought forward by it. Helen Gassin (CRE) debated the new central role of Distribution System Operators, transmission tariff flexibility as a tool to support network operation, increased transparency of the Network Codes and Guidelines. She argued there is no need for an EU-wide tariff network code, especially at distribution level and that the DSOs, in the future, shall act as neutral market facilitators. Ruud Berndsen (EDSO for Smart Grids) highlighted the need to develop storage facilities in order to properly manage the grid, in the future, whereas Yannick Perez (Universite Paris-Saclay (RITM Paris-Sud and LGI Centrale Supélec) argued that, in the future, the DSOs, will have to take on many more tasks, beyond grid expansion, access or investment.

The case – study on the German Austrian bidding zone split uncovered that the split itself is a nationwide problem for both countries, since the electricity transmission grid is very stressed. Currently, both regulators, BNetza and E-Control, await the decision of the EU General Court on the split. Should the split happen, there is no immediate management at the border and the CCR mechanism should step in, according to Ramona Huttmann (BNetza).

The 2nd session focused on the new Governance framework introduced by the Clean Energy Package. The CEP puts forth, as main targets, increased competitiveness and integration of markets, as well as improvement of short-term market price signals and rewarding of market flexibility. In addition, the CEP stands for regional cooperation, as there is a need for the implementation of a decision making process at regional level. This would allow for the introduction of a regional dimension within ACER. Clara Poletti (AEEGSI) debated the possible idea of ACER becoming more of a standard EU Agency through CEP’s provisions and less of a regulatory agency, whereas Ivan Taleski (ENTSOE) did not seem to support the enhanced powers offered to ACER in what concerns the redrafting of the Network Codes and final submission to the EC. ENTSO-e supports the creation of Regional Energy Forums (REFs) in order to solve complex issues, which cannot be handled solely by NRAs. The REFs should bring together TSOs, NRAs and stakeholders, as well as ENTSO-e and ACER (Observing Members).

Another novelty of the CEP is the creation of a European Entity for DSOs. The challenge that the structure of the new DSO body poses is the voluntary or mandatory membership of all DSOs to it.  According to Kai Uwe Pritzsche (Linklaters LLP) the costs for the cooperation between TSOs and DSOs shall be borne by the consumers.

The 3rd session covered some of the legal issues of the gas regulatory framework. “Solidarity is key. Under the new rules, nobody will be left out in the cold”, said Stefan Moser (DG ENERGY). He gave an overview of the new Gas Security of Supply package and reinforced the idea of regionalisation when it comes to cooperation among the EU Member States. In an innovative manner, the new SoS package mandates an explicit mechanism for solidarity, to be used by all Member States, from December 1st 2018, as well as increased exchange of information and transparency in relation to commercial gas contracts.

Security of Supply can be ensured through developments in infrastructure, such as, for instance, Projects of Common Interest. Boyko Nitzov (ACER) and Nico Keyaerts (FSR) emphasized the need for more regional integration of markets in order to foster further investment in PCIs.  The obligation to introduce a minimum set of mandatory information in the PCI application by project promoters, should be made binding, as soon as possible, to ensure increased efficiency in the granting of PCIs. Security of Supply can also be enhanced by harmonising the gas quality between the EU Member States. Kris de Wit (Gas.be) and Antonio Gomez Bruque (ENTSO-g) explained that each TSO is bound by Chapter IV “Gas Quality and Odourisation” of the Interoperability and Data Exchange Network Code, as they must monitor the gas quality in the short and long term.  Europe could benefit greatly from having one quality standard, which would give a clear technical European framework for the introduction of green gases. Harmonisation of gas quality would be a positive step towards the completion of the European Energy Market. 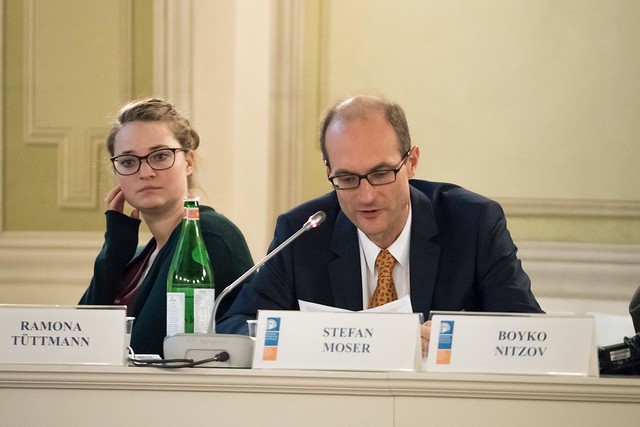