/  Events /  Energy /  Climate /  The Challenge of Climate Policy: No Time for Wishful Thinking

The Challenge of Climate Policy: No Time for Wishful Thinking

How can society overcome the daunting obstacles to collective action and move decisively to slow climate change? The problem of climate change poses unprecedented challenges at the national and international levels. There has been much research on various policy approaches (carbon taxes and cap-and-trade), and there is a literature on the ways that international mechanisms could be implemented. At the same time, however, there is well-established empirical and theoretical research from both economics and political science strongly suggesting that the characteristics of the global climate commons create overwhelming barriers for effective collective action, barriers that may be insurmountable using conventional policy approaches. Indeed, empirical evidence and the very slow progress toward effective abatement policies over the past 25 years suggests that it could take more than 50 years to implement an effective policy to stabilizing greenhouse gas concentrations. The irreversibility of a changed climate, combined with uncertainty and potentially catastrophic damages, suggests that this is no time for wishful thinking. There are no “do-overs.” With this sobering assessment in mind: What kinds of alternative, unconventional, “outside-the-box” actions may hold promise for improving the chances of stabilizing the world’s climate? Three potential options are described that would change these incentives, and that individually, or in combination, could increase the odds of reducing global emissions and slowing climate change. 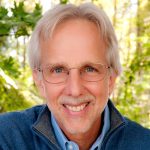 William Jaeger is a professor in the Department of Applied Economic at Oregon State University. His research includes environmental and resource economics, taxation and public economics, agricultural economics and development economics. In particular his work addresses water, climate change, land and energy policy issues, as well as issues related to economic growth and the environment. Before coming to Oregon State in 2001, he was on the economics faculty at Williams College (1989-2001). He has also been a Fulbright Scholar at the University of Venice Ca’ Foscari, Italy, and has taught at the University of Washington and the University of Oregon. His prior experience includes five years as a research economist at the World Bank where he worked on development policy in Africa. He also spent four years living in West Africa. Jaeger is the author of Environmental Economics for Tree Huggers and Other Skeptics, Island Press in 2005.