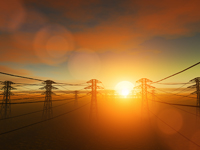 This podcast examines the recent ruling following the infringement procedure issued by the Commission against the Polish government on their system of regulating gas prices, which restricted the free setting of gas prices by the market, and the interpretation of the Public Service Obligation Provision, in Article 3 Paragraph 2 of the current gas directive under the Third Energy Package of 2009. The case is considered alongside the Federutility case of 2010, an important precedent, which concerned an Italian regulation, introduced in July 2007. The regulation imposed a price reference system on the very same day that national authorities were supposed to implement complete liberalisation of the gas market under the directives of the second package to allow all consumers to choose their supplier. In its ruling, the Court of Justice of the European Union introduced four conditions of state intervention which subsequently had implications for the Polish case. Finally, Professor Hancher looks to a pending case, in which the Courts of Justice of the European Union are facing the complex task of determining retail tariff regulation, following the request for guidance from the Conseil d’État on a french measure which provides for a system of regulated gas tariffs, the ruling on which may prove to be very significant for retail price regulation.