Digitalisation as two changes in markets 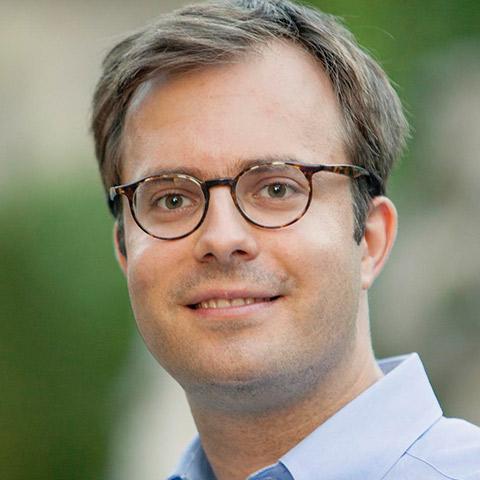 Digitalisation: beyond the buzzword

Digitalisation as two changes in markets

Digitalisation is not just a set of changes in infrastructures (see the previous post in this series). It brings significant novelties for markets too.

According to the research recently published by Professor Jean-Michel Glachant in an FSR policy brief, new trade arrangements and marketplaces emerge online when the production and consumption of digital products become more important and valuable in economic terms. At the same time, digital technologies enable innovative ways of addressing and lowering transaction costs, creating the precondition for the success of new business models.

In both cases, the critical concept is that of platforms, which come in two forms.[1]

First, there are “platforms for direct digital production and consumption”. They provide their users with digital products like web search engines, e-mails, maps, e-books and audio-visuals that are directly consumed on the platforms. Such platforms can be managed by for-profit organisations like Google, or by non-profit entities like Wikipedia. Regardless, platforms are essential to access and “enjoy” the digital product. Consumers, at best, can replace one specific platform with another providing a similar product (e.g., a consumer can substitute Gmail with Yahoo! Mail).

Within this first form of platforms, it is possible to distinguish two subcategories:

The second form in which platforms can come is represented by “platforms for interaction within two-sided markets”.[3] They do not produce anything themselves, but act as specialised intermediaries that bring together producers and consumers of goods and services that are not necessarily digital. Indeed, these platforms create a digital marketplace, allowing their users to display/search for a specific product, to present/identify the product characteristics, to select/contact a trusted trading partner for the delivery and settlement process, and so on.

Again, it is possible to distinguish two subcategories:

Digitalisation also clears the way for new trading arrangements in the field of electricity. It first did so about 30 years ago, when it contributed to the development of competitive wholesale markets for energy by making them technically feasible at a reasonable cost. Nowadays, it is doing the same.

First, there is online retail via digital applications that allow an electricity customer to sign a supply contract and pay bills entirely online. Given that the distribution company takes care of the physical delivery and since the regulator usually defines and enforces quality standards, these digital apps look like centralised digital platforms for direct production and consumption. They represent an exciting novelty, although it is not yet clear whether suppliers with such a light asset base can survive competition from more traditional market players.[6]

Aggregators represent the next relevant innovation. They are market players that, thanks to digital technologies, put together the demand response or the electricity generated by thousands of medium and small network users. They then sell it on the user’s behalf, either on the market or directly to the system operator. Thus, aggregators work as intermediaries that centralise the interactions between the wholesale market and the demand for balancing, or between the system operator and the energy consumers. By aggregating thousands of loads and generation patterns, they reduce the relative level of transaction costs and make possible exchanges that are individually not economically sensible.

Finally, there are platforms for interaction within two-sided markets. Although still at the demonstration stage, electric utilities in places like New York are developing distribution system platforms that can represent a marketplace where buyers and sellers exchange a whole range of new products. Interestingly enough, companies that are not electric utilities are at work too. Piclo, a British start-up, is building an independent and highly interactive platform to enable small network users to sell flexibility to the local distribution system operator. As we will see later in this series, the growth of distributed energy resources makes such developments all the more important.

[1] Academics and practitioners have widely discussed platforms in the past decade. However, the use of the word platform in the context of this article is broader, and more intuitive, than that typically adopted by the literature on two-sided markets and network effects.

[2] Half-decentralised platforms can still control significantly their users’ experience. Nevertheless, they rely, up to a certain extent, on the users to create the digital product.

[3] There is a vast literature on this type of platforms and how they are changing the world. You can read, among others, chapters 14 and 15 of Tirole J. (2017), Economics for the Common Good, Princeton University Press; and Parker G., M. van Alstyne, and S. Choudary (2016), Platform Revolution. How networked markets are transforming the economy and how to make them work for you, W.W. Norton & Company.

[5] Sundararajan A. (2016), The Sharing Economy: The End of Employment and the Rise of Crowd-Based Capitalism, MIT Press.

[6] Economies of scope between generation and electricity retailing clearly exist, as suggested by the fact that most of the large energy suppliers own a significant amount of generation capacity. Nevertheless, some business leaders are convinced that the ownership of big generation assets no longer key.