Digitalisation as two changes in infrastructures 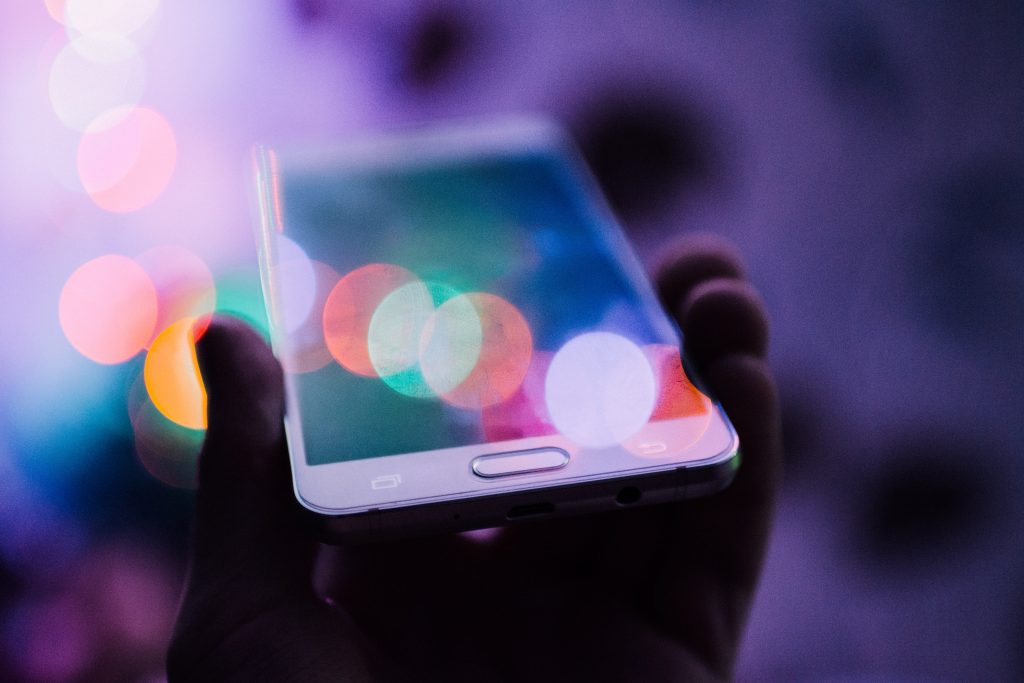 Digitalisation: Beyond the Buzzword

FSR Topic of the Month by Nicolo Rossetto

Digitalisation as two changes in infrastructures

Digitalisation has been a key buzzword in the electricity sector for the past couple of years. Its popularity continues to be on the rise, as demonstrated by the numerous reports on the topic issued by international organisations, business data providers and consultancies. Nevertheless, we still miss a clear understanding of what digitalisation is and what its implications on electricity markets, business models and public policies are.

The digitalisation of electricity involves the deployment and use of a broad set of enabling, often multi-purpose, technologies. It is, however, much more than simple technological change. Digitalisation allows a deep reconfiguration of the way individuals, communities, companies and public entities organise their activities and mutual interactions. According to the research conducted by Professor Jean-Michel Glachant and presented in a policy brief issued recently by the Florence School of Regulation, you can look at digitalisation as a combination of infrastructure changes and new market arrangements. Moreover, you must consider a digital frontier, encompassing more radical transformations in the way electricity is habitually produced, exchanged and consumed. By doing so, you obtain a basic analytical framework to navigate through the emerging digital world and the changes that are taking place in the electricity sector (see Figure 1). 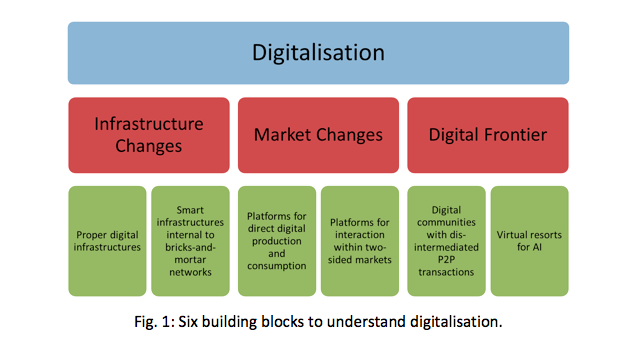 In this Topic of the Month, we will discuss the six building blocks of such a framework and their implications for electricity. In the final week, we will conclude by putting digitalisation into a broader perspective and consider it in the context of the other two main trends visible in electricity today: decentralisation and decarbonisation.

Digital devices’ deployment and the “smartification” of bricks-and-mortar networks

Digitalisation builds on changes in infrastructures. The first change is represented by the deployment of a digital infrastructure with the capability to transform data and pieces of information into series of zeros and ones that can be read, processed, combined, stored, transmitted, received and injected into a decision-making process, be it automated or managed by a human.

Such deployment began about 50 years ago with the early, expensive and not user-friendly mainframes that only well-funded government agencies and universities could afford and operate. In the following decades, the invention of personal computers with simplified user interfaces and the development of the internet, linking all local digital networks, accelerated the process. Today, the digital infrastructure is sprawling. With laptops, tablets, smartphones and increased access to Wi-Fi and 3G/4G LTE broadband cellular networks, we are always connected. This infrastructure is, in a sense, universal as various devices have become interconnected and increasingly interoperable because of the internet and the Android-iOS duopoly.

Although indispensable, access to the digital world and the multitude of digital products ensured by the deployment of a multitude of digital devices is not where the journey ends. The “smartification” of bricks-and-mortar networks represents the second critical change in infrastructures. By deploying thousands of sensors and control devices[1], and by moving several processes online, companies can make their physical assets and operations smarter allowing for better, cheaper and possibly even safer delivery of pre-existing goods and services. This kind of transformation could be labelled as “back-office digitalisation”. Aviation is a good example of such digitalisation. In the past 20 years, airlines have introduced online ticket sales and online check-in; they have also equipped their aeroplanes with sensors and devices that enable auto-piloting and predictive maintenance. By doing so, they were able to cut costs significantly.

Smart infrastructures can also re-frame the way assets are managed and used in the production process, ensuring the delivery of innovative and highly customised services previously not feasible. By fully integrating digital technologies in their warehouses and distribution fleets, for instance, companies like Amazon offer a home delivery loop for online shopping. The possibilities of such a “transformative digitalisation” of physical networks are significant and not yet adequately explored in all industries.

The use of digital devices is not new in electricity. Computer terminals, price algorithms and the internet have played an important role since the 1990s, allowing the development of the first wholesale markets and their effective and secure integration with system operation. Without them, the establishment and functioning of the Power Pool in Britain, the Nord Pool in Scandinavia or the California Power Exchange in the US would not have been possible. Advancements in technology and algorithms have subsequently allowed the calculation, every few minutes, of thousands of locational marginal prices by PJM in the US or the coupling of most of the day-ahead electricity markets in Europe.

Electricity companies have been deploying sensors and control devices on their generation assets and grids for years. They first addressed transmission grids and the largest power plants, while continuing to plan and operate distribution grids and the connected units according to the old “fit & forget” approach. Only recently has the deployment of a digital layer reached distribution grids, creating what are commonly referred to as smart grids. Smart meters are one of their key – and heavily debated – elements. Unfortunately, their rollout has not moved at the moment beyond “smart grids and smart meters 1.0”. They allow distribution companies and energy suppliers to reduce the cost of metering consumption and to detect electricity thefts better, but they do not create any universal, interconnected space of operation and they do not offer radically new services or personalised options to customers.

New solutions that look beyond what we previously called “back-office digitalisation” are now emerging to address radical novelties like distributed generation, decentralised storage, micro-grids, electric vehicles, and smart buildings. These “smart grids and smart meters 2.0” aim to ensure increased interactivity and the efficient use of all resources connected to the grid. Indeed, they have the potential to lead to a profound transformation of the business model of electric utilities. Nevertheless, progress has thus far been slow. For example, most smart meters currently rolled out in Europe are still relatively “dumb”. Meanwhile, a revolution seems to be brewing elsewhere. Instead of the public grid, disruption to the traditional system may soon come from the space “behind the meter”.

[1] The decrease in price and the improvement in quality of sensors and control devices have been astonishing in the past few years: they both play a crucial role in the deployment of smart infrastructures internal to several bricks-and-mortar networks.