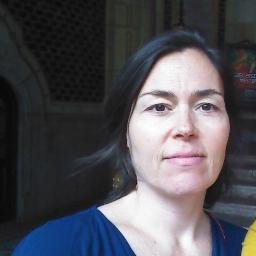 The paper “Postal Consumers in the EU: From Users of Universal Services to Users of All (Digital) Postal Services. How Does EU Law Facilitate Consumers in the Digital Postal Market?,” (Cseres, K.J.) will be presented at the 6th Florence Conference on the Regulation of Infrastructures (16 June 2017).

Postal services play a vital role in people’s life across the EU and affordable and reliable postal services are essential to realize the Digital Single Market. The liberalization of the postal sector and the establishment of a single market for postal services in the EU has been pursued progressively by opening up national postal markets to competition. While Directive 97/67/EC created the basic regulatory framework for introducing competition in postal markets across the EU Member States and laid down the basic legal principles of the universal service, Directive 2002/39/EC further defined the liberalization process and Directive 2008/6/EC fully liberalized the postal market. Directive 97/67/EC has not only required Member States to embark on a course of ‘gradual and controlled liberalisation’ and to ensure a universal postal service meeting minimum specified criteria, but has also required basic protection to users of universal services. In order to implement these obligations, the Directive required Member States to establish ‘national regulatory authorities’ (NRAs) for the postal sector.

Accordingly, the relationship between US and consumer protection is a fundamental area of EU law concerning postal consumers. However, this relationship is, at the same time, a fragmented area of EU law in general, (Sauter, 2015) and EU postal services law in specific.

Moreover, this fragmentation has further increased as a result of the emerging disconnection between the EU (and national) legal framework of postal services and the technological and economic changes in the postal market due to increased digitalization and the rise of electronic communications. New technologies make shopping online more convenient and the increasing use of e-commerce has resulted in a radical decline in letter post volumes, and increased the number of packages and parcels conveyed by postal operators. Technology has, in fact, transformed postal markets into a receiver centralized structure, where consumers are not only better informed (empowered) but can also participate in the provision of postal services, for example, through crowdsourced deliveries (WIK, 2016). At the same time, the risk of digital exclusion and disadvantages for certain consumer groups with limited digital skills (elderly), with low income and less or worse digital access can increase. Also, consumers in remote areas may face higher delivery charges.

Accordingly, analyzing the fragmented relationship between US and consumer rules is key to answer the fundamental question of who the postal consumer is (the definition and the normative concept) and which EU rules have tangible effects for her legal position.

The Postal Directives use the term ‘user’, however, the existing EU law definition of the consumer relies on persons acting ‘outside [their] trade, business, craft or profession’. Moreover, the CJEU’s case law is space concerning the notion of the consumer (C-464/01 Gruber, C-110/14 Costae). Similarly, the normative concept of the average consumer (reasonable, well-informed and circumspect) in EU law, so far, was implemented in one single Directive, while applied very differently in the case law of the CJEU. Hence, EU law that defines the consumer and her rights are scattered and inconsistently applied across various legal fields.

In view of the above, the proposed paper will focus on the following research question:

How does EU law facilitate the different (vulnerable and the active-responsible) consumers in the digital postal market?

Katalin Cseres is an associate professor of law at the Amsterdam Centre for European Law and Governance (ACELG) and a research fellow of the Amsterdam Center for Law & Economics. She is the theme leader in the Research Program Law and Justice across Borders, sub-theme Markets and Society. She is also the academic coordinator for the Master programme ‘European Competition Law and Regulation’ and chair of the Board of all Master programs at the University of Amsterdam. She also acts as Non-governmental adviser to the Dutch Authority for Consumers and Markets (ACM).
Her main research interests lie at the crossroads of EU competition law, consumer protection and market regulation. She is especially interested in the question how law can facilitate consumers to effectively participate in markets. She has extensively published on consumers’ role in the public and private enforcement of EU (competition) law and analyzed different institutional designs of administrative authorities who enforce consumer rules. Her more recent research analyzes regulated markets, where liberalization had a fundamental impact on consumers and resulted in new consumer related rules. She has a unique expertise at the crossroads of public and private law, law & economics of consumer protection.