Commissioner Simson on gender equality and the EU Green Deal

As the EU prepares for the implementation of the EU Green Deal, Lights on Women asked EU Energy Commissioner Kadri Simson her thoughts on a gender-equitable approach to energy and climate policy. 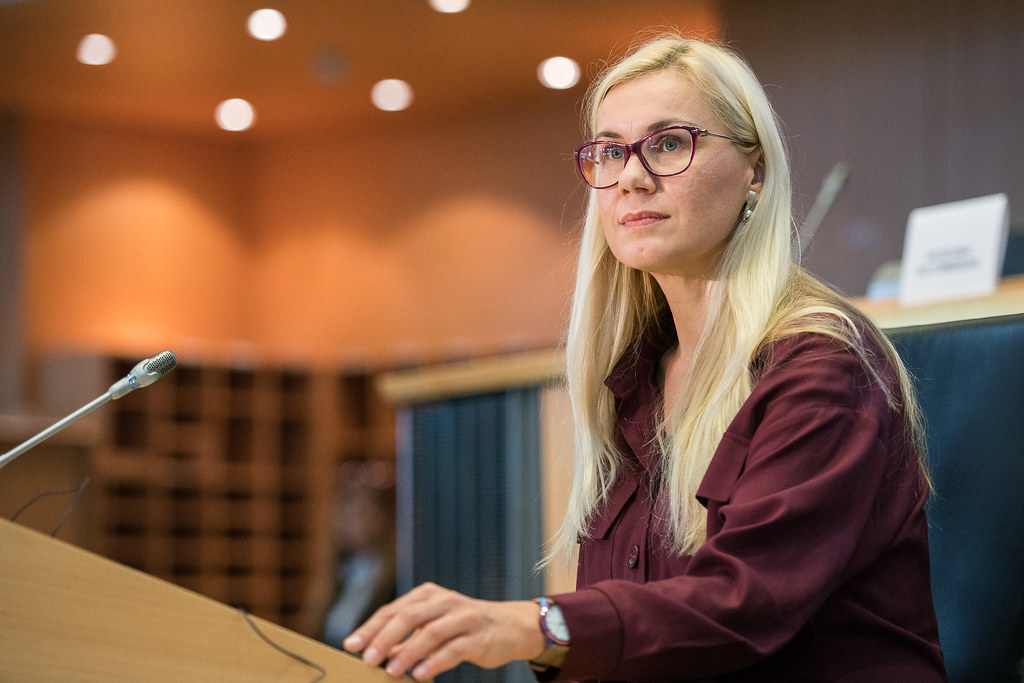 How does gender-equality fit into the EU Green Deal?

Creating a “Union of equality” has been identified as a priority of the Von der Leyen Commission, most notably enshrined with it’s a new European Gender Strategy. In Ursula von der Leyen’s Agenda for Europe, she states “politics and society as a whole, we can only reach our full potential if we use all of our talent and diversity. Diverse teams produce better results. Innovation happens when people from different backgrounds and perspectives blend together. With the demographic challenges ahead of us, we cannot afford to leave any potential behind.”

The need for diversity to accelerate innovation is especially crucial in the energy sector, making gender equality increasingly recognised and incorporated as a key aspect of the energy transition.

As the EU prepares for the implementation of the EU Green Deal, Lights on Women asked EU Energy Commissioner Kadri Simson her thoughts on how gender plays a role in the Green Deal. For Simson, making progress in the sectors of energy and climate is inherently connected to achieving gender balance.

I strongly believe that the promotion of gender equality in the energy sector has tremendous potential, especially in the context of the clean energy transition, which according to recent estimates can create 60 million new jobs globally in the next 20 years. EU Green Deal is our climate and growth strategy, but it can also help us in our quest towards gender equality”

Despite strong efforts from my predecessor and by the industry to increase its share of women, the energy sector, unfortunately, remains seriously imbalanced. It is not unusual that in high-level meetings, director-general of DG Energy Ditte Juul Jørgensen and I are the only women in the room.

To improve this situation, we need to better understand what are the barriers for women’s involvement and advancement in this field and we are working on that.

I strongly believe that the promotion of gender equality in the energy sector has tremendous potential, especially in the context of the clean energy transition, which according to recent estimates can create 60 million new jobs globally in the next 20 years. EU Green Deal is our climate and growth strategy, but it can also help us in our quest towards gender equality. I am far from thinking that women are or should be interested only in softer topics, but I think that the new focus on sustainability may inspire many young, talented women to consider a career in energy.

There are also things we can do every day. For instance, we can highlight the good job women are already doing in the energy sector. This is something the Lights on Women Initiative is already doing. Their work raises awareness of these important topics!

I also believe there is no excuse to have energy-related events or panels without a single female in the panel. Ideally, it should be 50-50! This is our aim in the Commission. And the European Commission is also proof that gender balance can be achieved: we have the first female president, we have a female commissioner for energy and a female director-general of DG Energy.

When I lead our energy delegation at the COP25 in Madrid, it was 100% female – this fact significantly improved the overall picture of the whole event, which was quite masculine. I believe that the EU can and will show the way forward!

Commissioner Simson also joined us on the Net Zero podcast to discuss the EU’s energy policy vision for the EU Green Deal.

How will policy & innovation drive the EU Green Deal?  (Part I)

In Part I of the Net Zero Special Edition the Commissioner sheds light on her priorities for the Green Deal: ensuring no one is left behind, innovation as a driving force, and the importance of R&D for energy storage solutions.

Ms Simson also touches on the role hydrogen will play, stating “in the upcoming years, definitively the most innovative and exciting solution is hydrogen”.

The making of a just energy transition (Part II)

In Part II, Commissioner Simson discusses the energy taxation policy in EU and the challenges behind a just transition.

To achieve the level of ambition that is proposed in the Green Deal, the EU needs to set an effective carbon pricing policy.