/  Energy & Climate /  Gas /  ‘Clean Hydrogen’ in the global energy transition – any sign of an international market?

‘Clean Hydrogen’ in the global energy transition – any sign of an international market?

This is the third installment of our Topic of the Month focusing on Covid-19 and decarbonisation. Links to the other installments below. 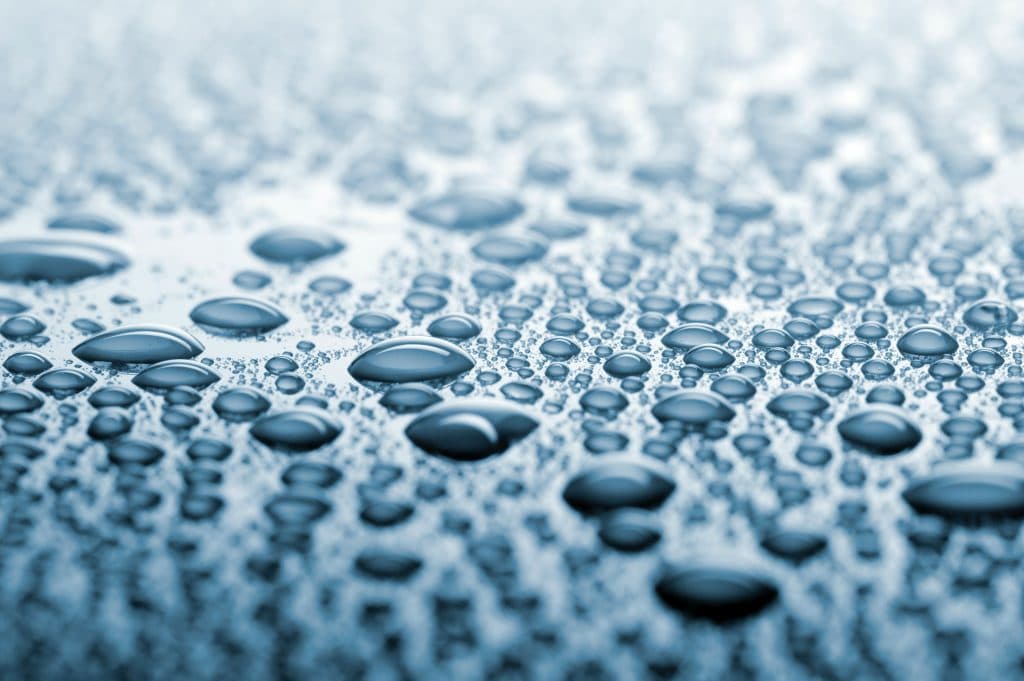 “Clean hydrogen” is now seeing a revival in interest by policymakers worldwide, branded as “a source of next-generation clean energy” and “the missing link to the energy transition” [1].  The 2020 Tokyo Olympics and Paralympics, postponed due to COVID-19 emergency, would have shown “a hydrogen society as its legacy” and demonstrated its technological feasibility [2].

Global energy forecast reports and hydrogen regional studies are prospecting in the near future where to cost-effectively produce “clean hydrogen”, in order to satisfy a potential demand vastly bigger than nowadays. These same reports point out significant investments required in hydrogen production facilities and dedicated infrastructure linking together regional markets. For example, the Hydrogen Europe “2×40 GW Green Hydrogen” roadmap envisages a transnational hydrogen “backbone” infrastructure for “clean hydrogen” from renewables electrolysis, extending over EU, Ukraine and North Africa by 2030. Additionally, a joint statement of cooperation between the Australian and Japanese governments confirmed in March 2020 “the efforts towards the world’s first international liquid hydrogen supply chain”, sourced from both renewables’ electrolysis and fossil-fuels combined with CCUS [3].

Compared to liquid fossil-fuel molecules like gasoline and diesel, hydrogen molecules (H2) contain almost 1.6 times more energy at parity of mass. Although the same cannot be said at parity of volume. Hydrogen molecules exist in gaseous form at room temperature and atmospheric pressure [4]. But their volatility is such that in the Earth’s atmosphere only a rather small amount can be found (less than one part per million, in terms of chemical concentration) [5]. Therefore, this molecule must be derived from another fuel through chemical conversion processes. Deriving artificially “clean” hydrogen from water for energy purposes was already part of the public’s imaginary in 1874, as mentioned by Jules Vernes in his work [6]. After more than 145 years, where do we stand?

The International Energy Agency (IEA) [7] estimated that in 2018 around 115 Mt of hydrogen molecules were requested worldwide (corresponding to 1.37*1012 m3 or 1370 bcm of gas, compared to the world natural gas production of 3937 bcm in 2018) [4]. Most of this request came from “non-energy” applications which need this molecule as a feedstock to enable chemical processes, rather than for its fuel calorific value. These applications include: 1) processes for impurities removal from crude oil in refinery stations (38 Mt), 2) chemical plants producing ammonia, methanol and other molecules [8] (46 Mt), 3) steel production through the DRI technological route (4 Mt) and 4) others (27 Mt). IEA has mapped the current geographical distribution of some of the large industrial plants demanding hydrogen: refineries stations, chemical cracker plants (specifically, for production of ethylene and propylene) [9] and steel plants. In particular, some regional coastal clusters were identified in USA, Netherlands, Brazil and other countries [7].

In order to satisfy this demand, hydrogen production was done at a regional level and without relying on hydrogen imports from other regional markets fact, the majority (of hydrogen) is either produced and consumed on-site (around 85%) or transported via trucks or pipelines (around 15%) [7]. However, this entails in dependence on the regional availability of cheap fuels or of the respective transport infrastructure. In order to derive around 95% of these 115 Mt, natural gas and coal were sourced. Instead, the other 5% was generated through electrolysis from water and electricity. Only less than 0.7% of those 115 Mt could be considered “clean hydrogen”, sourced either from renewables electrolysis (“green hydrogen”) or from natural gas processes coupled with CCUS (“blue hydrogen”) [10].   This resulted in the emission of around 0.83 Gt CO2, 2.5% of global CO2 emissions in 2018.

We identify two technologies for hydrogen interregional long-distance transport. Some varieties of each are already currently deployed, either transporting hydrogen in pure form or in a gas mix or stored in molecules more easily transportable [11]. These two technologies, respectively at the core of the examples of “2×40 GW Green Hydrogen” and joint Australian-Japanese statement of cooperation, are: 1) pipelines and 2) shipping.

Pipelines can consist in re-used natural gas pipelines with due upgrades based on the level of hydrogen blending [7], or in “new” dedicated hydrogen pipelines.  According to IEA [7], there are circa 3 million kilometres of natural gas transmission pipelines around the world and 37 demonstration projects looking into hydrogen blending in gas gridsInstead, there are close to 5000 km of hydrogen pipelines worldwide (2600 km in USA, 600 km in Belgium, …). Shipping hydrogen in pure form is not done yet The world’s first liquid hydrogen ship debuted in Japan in December 2019 with a storage capacity of 1250 m3 (88.5 t of H2 [4]) but is yet to be completed [12]. A first proof-of-concept shipping of green hydrogen, stored into Liquid Organic Hydrogen Carrier molecules, occurred from Japan to Australia in March 2019 [13]. Please note that there is already a routine sea trade of ammonia equivalent to around 3 MtH2/year [7].

On the demand side, different energy services could be provided by this molecule and by other “clean synthetic fuels” derived starting from it (e.g. ammonia, methanol, synthetic methane, and synthetic liquid fuels) through technologies under research and development. These services are grouped into three categories: 1) buildings heating, cooling and electricity needs, 2) industrial high-temperature heat and electricity needs, and 3) transport. Additionally, the use of hydrogen molecules as a storage solution for a significant amount of renewable intermittent electricity is also envisioned [1,3,7]. This will imply a larger demand potential and additional demand sites for this commodity, compared to current “non-energy” uses.

In order to supply this demand across several regional markets, there is a general agreement that the business case for new domestic production projects and sites will be enabled by worldwide production costs reductions driven by technological innovation. However, hydrogen long-distance transport technologies are also expected to become more mature and more widely deployed. The resulting cost-reduction in hydrogen transport costs will lead to the effective possibility of linking “low-cost” hydrogen production regions to “high-cost ones “, particularly for clean hydrogen [14]. Whether transporting by shipping or pipelines between two given regions will be more cost-competitive than the other will depend on a series of factors: distances, trade route, the scale of hydrogen to be transported, future technological innovation, end uses requirements … As for production, in our two online workshop series [15]  it emerged that there is no consensus yet on which hydrogen colour will be the winner in the long-term energy transition: “blue hydrogen” or “green hydrogen” [10]. Will the signal “light” be cyan or tend more to one colour? As FSR we are currently doing further research on this topic.

[4] We will report here the numbers also provided in the FSR policy paper ”No molecules, no energy transition” by Ronnie Belmans and Pieter Vingerhoets: https://fsr.eui.eu/no-molecules-no-energy-transition/. Hydrogen at 1 atm and 15.5°C has a specific energy (in terms of LHV) of 119,93 MJ/kg and a specific mass of 0.084 kg/m3. Instead, Gasoline(petrol) and Diesel fuel have respectively a specific energy of 46,4 MJ/kg and 45,6 MJ/kg. The boiling point of hydrogen is -255 °C. The boiling point is the temperature at which there is a change from gas to liquid phase at atmospheric pressure. The specific mass of liquid hydrogen is 70,8 kg/m3.

[6] “Yes, but water decomposed into its primitive elements… and decomposed doubtless, by electricity, which will then have become a powerful and manageable force, for all great discoveries, by some inexplicable law, appear to agree and become complete at the same time. Yes, my friends, I believe that water will one day be employed as fuel, that hydrogen and oxygen which constitute it, used singly or together, will furnish an inexhaustible source of heat and light, of an intensity of which coal is not capable.”, Part I, Ch. XXII of “The mysterious island” (1874).

[10] In this Topic of the Month, I will refer to the colour-code terminology currently prevailing in hydrogen discussion. You can find more details in [7]. By “blue hydrogen”, I referred to both 1) hydrogen derived through steam methane reforming plants whose emissions were sequestered through CCS and stored in appropriate geological sites, and 2) hydrogen derived through methane pyrolysis plants. The latter is also called “turquoise hydrogen” according to some sources, like: https://www.bloomberg.com/news/articles/2020-03-05/germany-sees-no-role-for-natural-gas-in-draft-plan-for-hydrogen-k7ev6f5t. However, it is an incomplete taxonomy without established colours for some varieties. There is an ongoing debate hosted by EU Commission at the Madrid Forum on an appropriate gas taxonomy. Colleagues at FSR Gas are engaged in this debate: https://fsr.eui.eu/the-first-step-a-taxonomy-for-the-new-gases/

This is the third installment of our Topic of the Month: Covid-19 and decarbonisation. Find the other installments here:

Second installment: Rendez-vous at $2/mmbtu: gas benchmarks at record lows amid the lockdown