/  Energy & Climate /  Electricity /  Elecxit: How is Brexit likely to affect the profitability of an electricity interconnection?

Elecxit: How is Brexit likely to affect the profitability of an electricity interconnection? 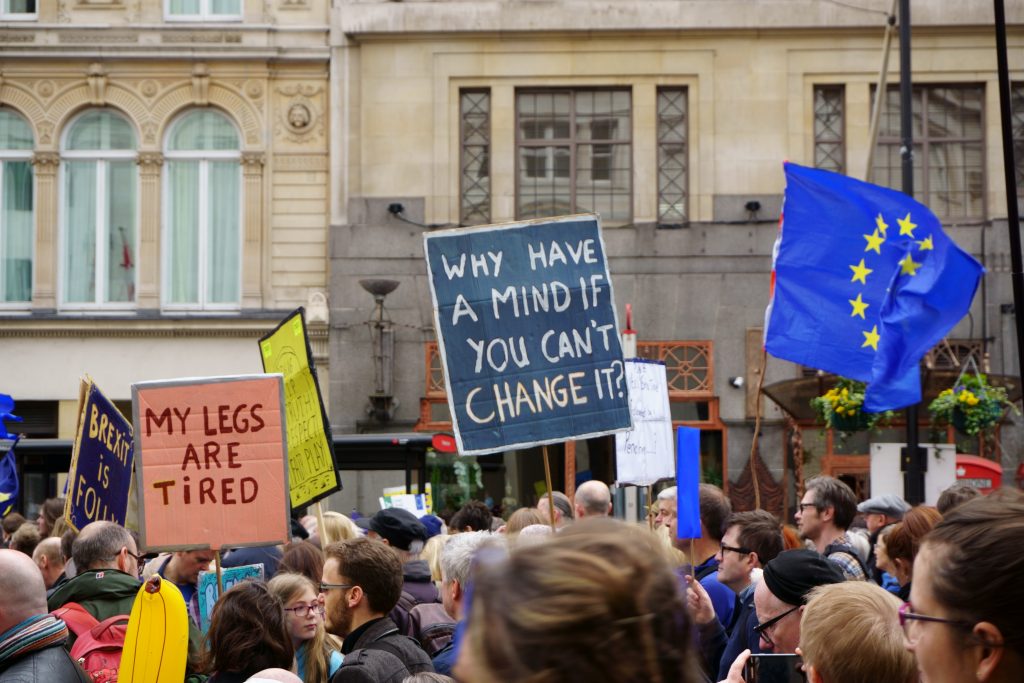 by S. Ambec and C. Cramps (Toulouse School of Economics)

In its decision of 11 July 2019, the French Energy Regulation Commission (CRE) expressed reservations about any increase in electricity interconnection capacity between France and Great Britain beyond the projects already under construction. It invoked an unprofitable evolution of market fundamentals, but also the lack of visibility on public policies in the electricity sector and on the modalities of implementing Brexit. How is Brexit likely to affect the profitability of an electricity interconnection?

Interconnections between the continent and the British Isles

On the border between France and Great Britain, there is currently an operational electricity interconnection of 2 gigawatts (France-England Interconnection or IFA). With the two projects under construction (ElecLink and IFA2 for 1GW each), interconnection capacity of 4GW will be achieved by 2021[1]. Three other projects are under consideration, which could increase the cumulative capacity to 8.8 GW. It is these three projects that the CRE considers unprofitable, based on a study by Artelys. Out of four scenarios considered for the evolution of the European electricity mix up to 2040, none show a benefit for the three projected lines. In the most favourable scenario, the benefits generated by the first GW of interconnection beyond the 4 GW that will be operational amounts to €930 million at an estimated cost of €1,200 million[2]. In addition, in a 2017 study, the CRE argued that “if the United Kingdom remains in the internal energy market but Brexit has an impact on electricity demand and the development of renewable energy production capacity, the value of a new interconnection could be reduced by 10% while, in the case where electricity markets are assumed to be decoupled, the value of a new interconnection could decrease by over 30%. »

To these economic arguments, which highlight the lack of profitability of new investment, we can contrast the European Union’s political vision of integrating national markets, which aims to increase interconnection capacities to 10% of generation capacity in each Member State in 2020, then 15% in 2030. But this constraint will no longer apply to Great Britain once Brexit is effective.

It will be rightly argued that casting off political moorings does not mean cutting off existing electricity interconnections or stopping the construction of new ones. But experience shows that, in terms of electricity, it is not enough to have lines, they should also be used effectively. In particular, the electrical systems at both ends must be operated in a coordinated manner, which is not guaranteed by Brexit.

Interconnections, initially conceived as a form of reciprocal insurance between the Member States, have become commercial tools for transferring low-cost electricity produced at one point to a high-cost consumption node, sometimes in one direction and sometimes in the other, depending on installed generation capacity, demand cycles and atmospheric conditions affecting demand and supply. Since electricity systems are based on market mechanisms, at any given moment the spot equilibrium price represents both the marginal cost of the local system (operating cost per kWh at the last producer called to cover demand) and its marginal use value (willingness to pay per kWh by the last consumer served). Since the English and French electricity systems are connected (by IFA), kWh must, therefore, be seen moving from the mainland to the islands if the French spot price is lower than the English price and in the other direction if the price differential is reversed. The difference between the high price and the low price multiplied by the volume in transit is the benefit of the exchange which, cumulated over the lifetime of the interconnection, must at least cover the installation and maintenance costs of the line.

To determine whether interconnection is used efficiently, two indices of malfunction can be used: (i) at certain times, exchanges are observed in the wrong direction (purchase at a high-priced node to sell at a low-priced node) and (ii) exchanges are made in the right direction but leaving some of the interconnection capacity unused. These aberrations are not necessarily due to irrational choices by operators using the line. The reason is more likely to be a poor conception of the rules of its management, a situation which leads operators to make bad choices due to a lack of information.

To understand how all of this is possible, it is important to know that there are essentially two ways of managing the line. The first is to distinguish between the energy sold and the means of transporting it. Any exchange of energy between the two interconnected nodes must be accompanied by the acquisition of rights to transit. In its most successful form, the allocation of transport rights is done by explicit auctions. In the second mode, operators are not concerned about energy transport rights. They sign export or import contracts and trade is balanced in a coordinated way by the local price differential. This market coupling is also called implicit auctions. Currently, on IFA (operated jointly by the French RTE and the British National Grid), capacity allocation is explicitly made for the long term (annual, seasonal, quarterly, monthly and weekend maturities) and for the intraday on the one hand, and on the other hand, since February 2014, implicitly for the daily deadline[3].  Explicit auctions are the cause of the malfunctions mentioned above because, at the time of the acquisition of transport rights, operators do not know the energy costs at each of the interconnected nodes. At the end of their rights, they may, therefore, be holders of contracts with an obligation to deliver against the direction of the nodal price differential, or the volumes subscribed may be below the line’s transmission capacity.

However, if Brexit is done without an agreement on the electricity market, there is nothing to suggest that Great Britain will continue to participate in the Multi-Regional Coupling, an implicit auction system to which 19 countries in north-western Europe have gradually joined, including Great Britain in 2014. It is therefore uncertain whether the implicit auctions on all interconnections with the British Isles[4] will be abandoned, and consequently on their profits and the profitability of new lines.

In a study carried out at the end of 2018, British academics ventured to assess the collective cost of a return to explicit auctions for daily markets[5]. With a less efficient allocation of interconnection capacity and the consequent abandonment of the construction of new lines, they estimate that electricity generation costs would be €560m (or 1.5%) higher each year than the participation in the coupling, more than half of which would be borne by Great Britain. In fact, the loss will probably be less significant as the study compares the situation of “Hard Elecxit” (decoupled UK and French markets and 5 GW interconnection capacity) with that of “Soft Elecxit” (coupled markets and 10 GW interconnection capacity). However, as we have seen, for the CRE it is not profitable to build interconnections beyond 4 GW. With less capacity than the 10 GW envisaged, the costs of the reference scenario will be higher than those forecast in the study and therefore the additional cost of a “Hard Elecxit” will be lower, even if it remains positive. On the other hand, it should not be forgotten that market coupling leads to transaction costs, the operating costs of the communication infrastructure (not installation costs since, in this case, it is already done) and it complicates the search for balance in the integrated market. Ultimately, decoupling markets on both sides of the Channel may prove to be less costly than the €560m annual figure mentioned above.

[1]   The United Kingdom is also connected to the Netherlands by BritNed and Belgium by NEMO Link.

[3] The EUPHEMIA (EU Pan-European Hybrid Electricity Market Integration Algorithm) coupling algorithm balances energy supply and demand for all market periods the following day while taking into account the capacity available at the interconnections. It returns the equilibrium prices, matched orders and net position of each bidding area. (CRE 2019)

[4] In one of the exit scenarios, the British government would reject the jurisdiction of the European Court of Justice, which would exclude the British from the institutions under the Court’s control, in particular the single electricity market. On the EU side, Great Britain could be considered as a third country, and therefore not participating in the Community mechanisms for balancing the electricity system.