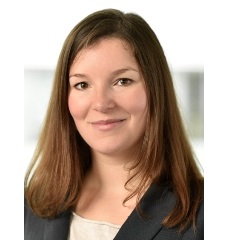 The paper “Network Charges for Distribution Systems with High Shares of Distributed Generation” (Brandstätt, C.) will be presented at the 6th Florence Conference on the Regulation of Infrastructures (16 June 2017).

As a consequence of the liberalization of the electricity sector, more and more users cover their electricity demand fully or partially via own distributed generation, for example, photovoltaics (PV). Due to increasing self-supply overall withdrawals from electricity grids are decreasing. Hence the base for the distribution of increasing network cost is shrinking and individual charges rise. This encourages further self-supply and disadvantages regular network users in systems with high PV shares.

In many European systems, network cost is passed on cascadingly from upper to lower network levels. The rationale is that users at lower levels contribute to the cost of transporting electricity on upper levels. Distributed generation, however, may in times feed power upwards to higher levels and thus reduce intermediate levels’ withdrawals and consequently their network charges. This reduction is then passed on evenly to all subsequent level networks.

Hence, while users in lower level networks with high PV-shares bear the increase in charges tied to self-supply they benefit only disproportionally from the paybacks. A one-directional cascade, downwards from upper to lower levels, is not appropriate in a system where power flows have become bi-directional. To resolve this, the paper proposes a bi-directional charging scheme that assigns network cost to distributed generators and analyses its effects in a simulation model.

The paper is organized as follows: after the introduction, the second section gives a brief overview of current charging schemes for distribution systems and the literature on assigning charges to generators. The third section describes the modelling of network charges. Section four presents the modelling results on distributional effects and the incentives for self-supply, which in the final section allow for conclusions on the suitability of the proposed charging scheme in networks with increasing self-supply.

Christine Brandstätt is a research associate in energy economics at Jacobs University Bremen.

Christine holds Master’s degrees from Royal Institute of Technology in Stockholm, École des Mines in Nantes and Polytechnic University in Madrid as a result of the completion of the Erasmus Mundus joint Master course of Management and Engineering of Environment and Energy.