The blurring distinction between electricity transmission and distribution systems 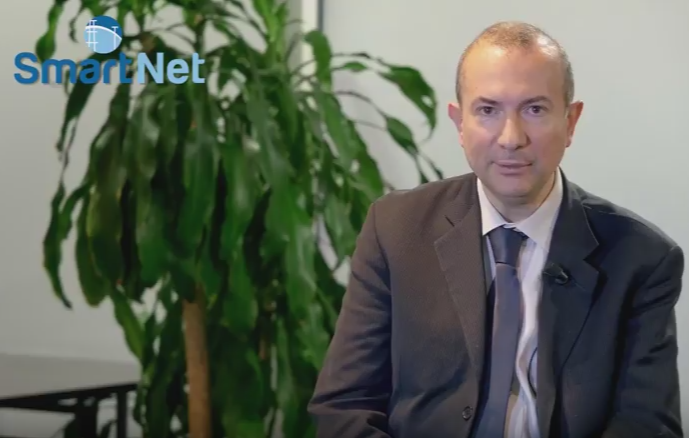 The respective nature and roles of transmission and distribution systems are changing deeply. Transmission was high or extra-high voltage. Its grids were meshed and characterised by bi-directional energy flows. Dispatchable generation and large loads were connected to it. Only bulk generators were allowed to participate in wholesale markets and provide services to the system (mainly frequency and voltage control). Distribution was medium and low voltage. Its grids were radial, characterised by unidirectional energy flows from the transmission connection point to the loads. Almost no generation was directly connected to it and the loads were only statistically predictable.

In recent years, big amounts of renewable energy sources (RES) have been connected to both transmission and distribution grids – generation is no longer completely dispatchable also at the transmission level –  and loads are gradually agreeing to modulate their consumption to provide services to the system, thus becoming individually more predictable. A great amount of distributed generation is being connected at the distribution level, and energy occasionally flows back to the connection point with the transmission system. Limited cases of meshed distribution grids are being experimented around Europe.

In Europe, there is a sharp increase in reserve needs for coping with the variability introduced by a steadily increasing RES share in the generation mix (new and more challenging targets have been set by the EU for 2030, including at least a 27% share of renewable energy in total final consumption). Consequently, the big challenge is to extend the possibility of providing ancillary services (frequency and voltage control, congestion management, etc.) to the system to distribution-connected entities. DSOs, constantly monitoring the status of their network, should expand their functions and inform the TSO to whom they are connected. A new figure, the aggregator, can play an important role by merging flexibilities from a pulverised set of small generators and loads connected to distribution and aggregating them to submit bids in markets for ancillary services.

How is it possible to coordinate this complex process? How can roles and functions be re-distributed in an efficient way?

The legislative package proposed by the European Commission in November 2016, nicknamed the Winter Package, assigns a role to DSOs for local congestion management but not for balancing, whose management would remain in the hands of the TSOs[1]. However, even though this separation could seem functional to the network evolution in the short/medium term, maintaining a decoupling between balancing and congestion management risks to lead to an inefficient operation of the entire system. On the other hand, by taking advantage of the most recent power and ICT technologies, the deployment of multi-service real-time markets characterised by high clearing frequency, in which transmission and distribution networks are processed simultaneously, would guarantee the achievement of more efficient solutions. Otherwise, a sheer extension to entities located in distribution grids of the possibility to bid in TSO-managed balancing markets without considering distribution network constraints risks to result in enhanced congestion, unless distribution networks are strongly oversized.

How can TSOs and DSOs interact efficiently?

Finally, the extension of real-time market participation to flexible entities located in distribution grids passes through the creation of the already mentioned aggregator. However, to what extent can this new subject get sufficient revenue, thus economically justifying its existence? In other words: is there a strong business case for aggregators?

All these issues are addressed by the SmartNet European research project, which aims at comparing different TSO-DSO interaction schemes and different real-time market architectures with the goal of finding out which would deliver the best compromise between costs and benefits for the system. A cost-benefit analysis is being implemented to evaluate simulation cases based on detailed scenarios at 2030 and will allow drawing conclusions on possible regulatory gaps both at the European and national level. A more detailed description of the project can be found here.

The June 2017 FSR Topic of the Month is entirely dedicated to the discussion of the issues dealt with by the SmartNet Project. In the following articles, we will cover TSO-DSO coordination schemes, new architectures for real-time markets, ICT requirements and regulatory provisions. Some information will also be provided about the three technological pilots implemented within the project in Italy, Denmark and Spain.

Join our online debate in collaboration with SmartNet Project

Learn more about the SmartNet Project

[1] EC (2016) Proposal for a DIRECTIVE OF THE EUROPEAN PARLIAMENT AND OF THE COUNCIL on common rules for the internal market in electricity – Art.32.