/  Energy & Climate /  Climate /  Article 6 of the Paris Agreement: is no deal better than a bad deal?

Article 6 of the Paris Agreement: is no deal better than a bad deal?

At COP25, the negotiators were unable to find common ground on Article 6 of the Paris Agreement. What were the main points brought up for discussion? Isabella Alloisio responds. 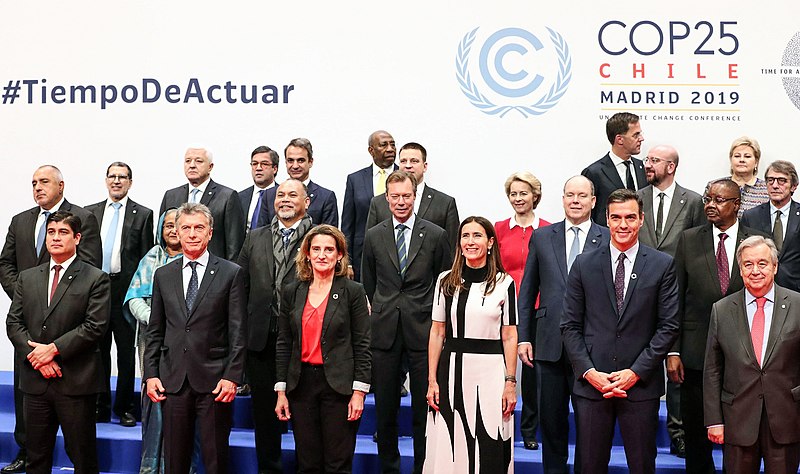 COP25 just ended in Madrid with no step forward on the issue of international cooperation related to Article 6 of the Paris Agreement which was the only left out of the Rule Book at the last COP24 in Katowice in December 2018. Article 6 forms the legal framework to allow the use of market-based climate change mitigation mechanisms and offers Parties the opportunity to cooperate with one another when implementing their Nationally Determined Contributions (NDCs). The cooperation mechanisms designed to assist this process should not only make it easier to achieve existing reduction targets, but it is also expected to raise ambition in future efforts.

The discussion on Article 6 was focused on agreeing on a robust accounting mechanism that would help to prevent the issue of double-counting, one of the most contentious issues related to the Clean Development Mechanisms (CDM) under the Kyoto Protocol. Unfortunately, the negotiators at COP25 were unable to reach an agreement after two weeks of negotiations and 40 more hours past their foreseen conclusion. Due to Brazil and a few other countries insisting on accounting loopholes, the agreement on Article 6 failed to be achieved.

What were negotiators at COP25 exactly discussing on? Let’s have a closer look at the three different approaches contemplated by the Paris Agreement in regards to voluntary international cooperation by the Parties.

Second, article 6.4 involves the use of the newly created mechanism to contribute to the mitigation of greenhouse gases and support sustainable development. In contrast to direct bilateral cooperation, this mechanism will be supervised by a body designated by the Conference of the Parties (COP). The COP will adopt rules, modalities and procedures which must be observed when implementing activities under Article 6.4. The aim is to ensure that standardized procedures are followed in the design and implementation of emission reduction activities.

The mechanism is expected to be relevant in the global emission reduction since its goal is that of mobilising the private sector to participate in climate change mitigation by providing suitable incentives. The Paris Agreement will thus offer actors at the sub-national level an opportunity to directly use the mechanism established under Article 6.4.

As with the bilateral cooperation approaches provided for under Article 6.2, the emission reductions achieved using this mechanism can be transferred from the country in which they were achieved to another country and counted towards its NDC. In addition, the Paris Agreement also requires that the mechanism results in a raised ambition. This means that the use of the mechanism must lead to an absolute reduction in global greenhouse gas emissions.

The expectations towards COP25 were too high and it was wrongly perceived to be the COP of ambition triggered by the rising demand by the least developed nations and by civil society movements including “Fridays for Future”. However, according to the so-called ratchet up mechanism, it is only after 2020 that the five-yearly stocktaking cycle of the Paris Agreement will provide a regular timing for increasing ambition. It is, indeed, in 2020 that nations are expected to update their NDCs. In 2020 COP26 will be held in Glasgow, UK, and will be preceded by a pre-COP in Milan, Italy. However, the next step for a revision of Article 6 is now foreseen to be in Bonn, Germany, next 1-11 June 2020 in the framework of the 52nd sessions of the UNFCCC Subsidiary Body for Implementation (SBI) and Subsidiary Body for Scientific and Technological Advice (SBSTA).

Despite the failure to agree on clear accounting rules under Article 6.2, as argued by Stavins, Professor at Harvard University, these rules “are decidedly not necessary for the successful execution and operation of bilateral international linkages and consequent carbon markets”. Indeed, international linkages among different jurisdictions in different countries can continue to be executed, despite these do not count towards the respective national NDCs pending agreement on Article 6. And the same has been highlighted by Jos Delbeke, former Director-General of DG Climate Action, in an online debate on “Linking Emissions Trading Systems in the Paris Agreement era” organized by FSR climate within the Life Dicet project.

However, “no deal is better than a bad deal”, has been declared by Teresa Ribeiro, Minister for the Ecologic Transition of Spain at the end of COP25.