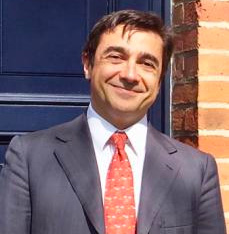 In EU law parlance, Guidelines adopted by the European Commission go by the friendly-sounding title of “soft law”. Appearances can be deceiving, though.

In the field of State aid, the European Commission has adopted a multitude of Guidelines, ranging from horizontal issues (such as regional aid) to the treatment of aid measures in specific sectors. The energy sector is no exception. In fact, the first Guidelines were adopted in 2001. After an amendment in 2008, there has a comprehensive review in 2014.

The 2014 Guidelines on State aid for environmental protection and energy impact some of the most critical issues in the energy transition: they set out new rules on subsidies to renewables, on special measures for energy-intensive consumers to reduce their burden of financing renewables, and on capacity payments.

This re-regulatory effect of the 2014 Guidelines elicited legal challenges alleging the Commission’s lack of competence and misuse of powers. The General Court eventually dismissed the action on procedural grounds (Case T-694/14) because it considered that Member States are not obliged “neither in law nor fact, to amend their legislation on operating aid in order to bring it into line with the contested guidelines”, so the Guidelines were not of “direct concern” to the applicant.

While being technically impeccable, the General Court ruling betrays awareness that, in practical terms, these Guidelines are difficult to distinguish from Directives. In fact, in the same ruling, the General Court admits that, while a Member State remains theoretically free to notify a measure of aid which does not satisfy the Guidelines’ criteria, it is “very probable” that such a notification would elicit a negative decision from the Commission.

Thus, for operators and regulators, the 2014 Guidelines are at the cross-roads where soft law meets hard law.

The 2014 State aid Guidelines are reshaping the national rules applicable to the incentives powering the clean energy transition. Our new book on State Aid in the EU Energy Sector provides, in detail, analysis of the Guidelines and its implications for operators and regulatory authorities.

State Aid in the Energy Sector will be published by Hart Publishing in late February and launched in Brussels on 2 March 2018. Pre-order the publication!