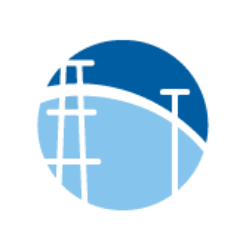 As already pinpointed in the first article of this series, the energy landscape is changing. Challenges and opportunities are arising from the increasing penetration of distributed energy resources (DER), energy storage technologies, the changing behaviour of end users, emerging technologies such as electric vehicles and smart meters, the general evolution of digitalization, etc…

How will these challenges and opportunities impact the organisation of regulated markets for ancillary services (AS)? What does it mean for the role played by DSOs and TSOs? How could or should they interact in order to pave the way for a bright energy future, for a sustainable and cost-efficient energy system?

Some answers will come with the SmartNet project, which aims at studying how to exploit flexibility from entities connected to distribution grids for providing system services. In a framework of blurring distinctions between transmission and distribution, this means first of all proposing efficient interaction schemes between TSO and DSO. SmartNet considers five possible coordination schemes characterized by different coordination patterns, roles and market design:

Specificities, benefits and attention points of these coordination schemes are analysed in this report

What is the role of an aggregator?

An aggregator should enable small, dispersed flexibility sources to participate in and profit from the AS market. Aggregators gather the flexibility of many DERs, and forward them, in the form of complex price-quantity bids, to the AS market. They play a key role in reducing the amount and complexity of the data passed to the market, such that near-real-time results can be obtained, while retaining a straightforward way to transform market results into the activation of single DERs.

By acting as a buffer between the DERs and the market, aggregators have also to take upon themselves the forecast of weather/demand/renewables generation and the potential risk of imbalance pricing. Thus, it is important that they have a business case, justifying the risks they take, by allowing them to possibly draw a profit.

A further important challenge lies in considering a realistic implementation of the aggregation strategies including arbitrages between markets (day-ahead, intraday and real time).

What should be the characteristics of next-generation ancillary service markets?

The increasing penetration of distributed renewable sources is imposing a more volatile and unpredictable generation pattern. AS markets should become more “dynamic” (more frequently cleared, run as close as possible to real-time). Reserve needs do increase and this justifies enabling AS markets participation from flexible resources connected to distribution grids.

AS market products have traditionally been designed for large transmission-connected generators. It is essential to propose a diversity of market products, while ensuring a sufficient level of liquidity to provide a level playing field to all flexibility service providers (including distributed generation, storage and demand response).

AS such as balancing and congestion management (at transmission and distribution levels) should be solved together and not in a decoupled way as it is the case today. It is essential to introduce in the market clearing algorithm an integrated model of transmission AND distribution grids. This increases the number and complexity of the information to be provided to the market, hence the need of the intermediate figure of the aggregator (as already mentioned).

Finally, based on economic justifications, new regulations both at national and European level suggest to adopt AS market architectures based on a marginal pricing scheme (pay-as-cleared) to replace the current prevalent pay-as-bid scheme.

The SmartNet project tackles each of these requirements using state-of-the-art mathematical techniques to assure a high-performance market clearing. Market clearing algorithms are defined for each of the five TSO-DSO coordination schemes considered above. Computational tractability is specifically sought for. More detailed description of the market architectures can be found here.

What can future ICT offer to energy systems for making them smarter and more flexible for future ancillary services?

The large-scale deployment of distributed generation and storage is boosting the development of automation and ICT utilisation in order to cope with various dynamics of the energy systems and market interactions. In the future, communications can either be one of the key enablers or a hindrance to the transition towards flexible energy systems. The proposed TSO-DSO coordination schemes have revealed new challenges, but also new opportunities for ICT.

The major challenge is that it will take some time before new TSO-DSO coordination schemes are realized. Meanwhile both ICT systems and communication technologies will evolve fast. This makes more difficult the choice of the optimal technologies for the energy systems so as to boost performance, security and cost-efficiency.

The project SmartNet has developed a design and analysis process to capture ICT requirements in different TSO-DSO coordination schemes and has designed an ICT architecture model that can be re-configured according to the changing service requirements. Process and design have been tested on three national pilot cases (Denmark, Italy and Spain). A more detailed description of the process and ICT architecture model can be found here.

To learn more on the SmartNet Project, watch the interviews with the authors: