/  Energy & Climate /  Energy Policy /  The use and limits of the Judicial Review of regulatory agency acts: UK and Brazil

The use and limits of the Judicial Review of regulatory agency acts: UK and Brazil 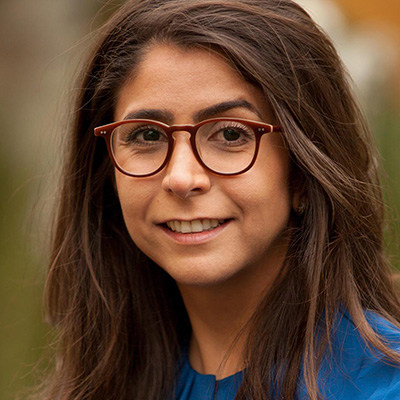 The use and limits of the Judicial Review of regulatory agency acts: UK and Brazil

The decision-making process of regulatory agencies is complex. To draft or review normative instruments or a tariff calculation method, define the terms of concessions contracts, or impose fines, regulators must meticulously comply with formal procedures which are not at all black-and-white. There are, for instance, obligations on regulatory agencies to pursue public consultation, regulatory impact assessment or the proportionality test – meaning adequacy, necessity, and balance of the rules to the accomplishment of its purpose. Therefore, agencies acts are not – and shall not be – immune to judicial review to ensure that authorities are acting in conformity with their mandates. Moreover, the right to judicial review of administrative actions is the fundamental principle of separation of power aligned to the check and balance system of States that rests on the rule of law.

While the right to request judicial review of administrative decisions is a vital instrument to grant that regulatory agencies comply with their mandates, Courts’ review authority is not – and should not be – boundless. If so, what are the use and limits of judicial review? The answer is, therefore, twofold. First and foremost, the use and limits of judicial review need to be certain and predictable. It does so when precedents are accessible to the public, as well as considered as a legal source – stare decisis – or take into account to formulate the reasoning of judicial decisions. Regulatory agencies could better assess the risks of having administrative acts revoked by Courts and shape its behaviour accordingly to avoid social and economic costs inherent to the judicial review. Secondly, there is a need for systematization of the precedents to identify when decisions are deferred to agencies, and when they are not.

This third instalment of the topic of the month has no ambitions of covering the entire subject of judicial review in a comparative law perspective, but it will (1) introduce two cases concerning the judicial review of decisions of the Gas and Electricity Markets Authority (Ofgem), the energy agencies in the United Kingdom (UK), to show how cases taken together illustrate the use and limits of judicial review. Both cases regard the limits of agency expertise. The second part will (2) bring us back to a recent Florence School of Regulation’s interview with the Minister of the Brazilian Supreme Court, Justice Luís Roberto Barroso, when we spoke about the limits of the judicial activism in Brazil.

1. Judicial Review of Ofgem’s acts: beyond or not beyond the Regulators expertise?

The use and limits of the judicial review can vary according to different jurisdictions – from one State to other –, but we do believe that an understanding of the court precedents of other jurisdictions enhances our capacity to critically assess our own legal system through comparison. Two recent judicial reviews brought against Ofgem illustrate the potential and the pitfalls of judicial review challenges against agency decisions. In both cases, the British High Court decided a dispute challenging the merits of the Ofgem’s decision and, in particular, the extension of the regulator’s expertise.

Npower case deals with the Ofgem’s initiative regarding consumer engagement measures. In February 2018, Ofgem ran the first of several collective switch trials based on the experiment. The experiment consisted of informing a group of consumers about the tariff differentiation among competitors followed to the monitoring of consumers’ response. During the first trial, 22% of 50,000 customers switched to a cheaper tariff after receiving information. Ofgem then proposed a second collective switching trial in July 2018, where it was to involve 100,000 customers. Npower, an electricity supplier, contested the Ofgem’s decision to extend the collective switch trials to the double of customers under the claim the decision was unreasonable and disproportional. Regarding the reasonability claim, Npower argues that the extension of the trial to 100,000 customers no longer fitted the purpose of the trial, which was to ‘obtain rigorous and robust data’ about the consumers’ response to certain information. the High Court, instead, dismissed Npower’ claim. It deferred to the regulatory agency considering that balancing the extension of the trial with its purpose fell into the technical discretion of agencies. Moreover, Npower failed to prove that Ofgem had been unreasonable.

GyM Offshore case regards the Ofgem’s decision of passing or not passing the costs of a failure in off-shore electricity transmission to network users, meaning an Income Adjusting Event (IAE). In 2015, two of the cables owned by GyM suffered failures. Engineers concluded that the failures were caused by manufacturing faults. Accordingly, the insurers of the cables refused to pay out in reliance on an exclusion in the policy (the LEG2 policy). After being questioned whether the failure in the off-shore cables could be classified as IAE, Ofgem imposed restrictions. It argued that, hypothetically, if GyM had opted for a higher level of coverage (the LEG3 policy), the insurance would not have excluded the claim. As a result, Ofgem passed around 75% of the cost of repairing the second cable to the GyM (c. £13.2m). Gym subjected the Ofgem’s decision to judicial review and, in contrast to the Npower case, the Court did not defer to the agency. The judgment argued that Ofgem expertise is on the energy market, not on insurance, and the regulators made material factual errors when hypothetically assuming what could have been the coverage of higher level insurance, the LEG3 policy.

Npower and GyM Offshore show two aspects of the judicial review. On the one hand, Courts must consider the judicial deference doctrine and refrain itself to review agency’ acts regarding their technical expertise. On the other hand, Courts must also reflect on whether the regulatory agencies step out their field of expertise to reach a specific decision.

2. The limits of the judicial activism in Brazil: an interview with Justice Luís Roberto Barroso

Florence School of Regulation: It is our pleasure to welcome you in Florence at the European University Institute. Considering your landmark contributions to introduce the debate about judicialization and judicial activism in Brazil, we would like to know what do you think about judicial activism applied to review decisions of regulatory agency acts?

Justice Luís Roberto Barroso: Judicialization and judicial activism are not the same things, especially in Brazil. There is an important distinction. Judicialization means that a certain subject may be brought to the court decision. In the case of Brazil where there is a very comprehensive Constitution and fairly easy access to the judiciary – including the Supreme Court. Just about any issue of middle-level relevance can reach the judicial eyes, brought to courts and, and eventually can reach the Supreme Court. The fact that a matter can be brought to the Supreme Court doesn’t mean that the court will be interfering with the merits of the case. So, judicial activism is this disposition of a Court to proactively interfere with the merits of the question, or with the merits of public policy. The way I see it, courts should generally exercise self-restraint, except in two areas, which are the protection of fundamental rights and protection of the rules of democracy against the abuse of power by the majorities. In administrative decisions by administrative agencies, I think that courts should defer the technical discretion of the agency in general. So, the way I deal with this question is applying a triple-test. To make sure that the matter was under the proper jurisdiction of the administrative agency, that due process has been observed, and that the decision is reasonable – meaning that it’s not absurd in itself -, it’s a control of reasonableness but done in a very mild way in the sense that the court should interfere the least possible with the merit of the decision. I think this would be my general approach to this matter. 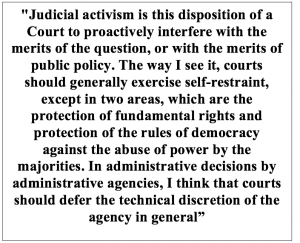 Florence School of Regulation: You mentioned about due diligence and we would like to bring a second question with regard to the trend of suspending the effects of the agency decisions through infringement.

What is your position about the exercise of judicial activism through the procedure instrument of infringement?

Justice Luís Roberto Barroso: I think that the default approach to administrative decisions should be that of deference. On the problem with injunctions in Brazil, it’s all over and the main reason is the demand for the judiciary in Brazil has increased. Dramatically, Brazil has approximately 70 million lawsuits in the course right now. What makes the system of justice move very slowly – and in a system of justice where it takes too long for the final decision, injunctions play a very important role. If you don’t get an injunction, you might not be able to get a final decision timely. In order to reduce the number of injunctions, which I think it’s mandatory, we need to go through a major process of dejudicialization of life in Brazil. We just had Presidential elections last a couple of weeks ago. There were a hundred and forty-seven million voters registered and we have 70 million lawsuits in the course right now that means Statistically, one out of every two Brazilian adults is in court litigating right now. This is kind of an impressive figure so. That’s the general explanation for the reason why there are so many injunctions Issued by courts in Brazil. It’s due to the fact that lawsuits take too long, but especially when dealing with administrative decisions. In order to give an injunction in Brazil, you need to follow two basic criteria: (i) the probability that that right will prevail at the end, and (ii) the risk in the delayedin mora. So, I think these two criteria should be very thoroughly balanced when we’re dealing with administrative decisions that came to the legal world with the presumption of validity as any act that emanates from the government, from what we say the public power. So, this is what I think I should say. I’m not kind of justifying the reason for so many injunctions. But saying very clearly that they should be rare and used only when absolutely necessary.

Register for our new Online course on Regulatory Delivery: Better Governance for the Global Energy Transition Running from 7 October – 29 November 2019

This course will share optimal governance models experienced in Europe for the energy transition while comparing them with innovative initiatives in South America, Asia, and Africa. During the course, you will review increasingly complex infrastructure regulation due to public policies promoting liberalisation, decarbonisation and digitalisation.