The FSR Collaborates with the Regulators of Brazil 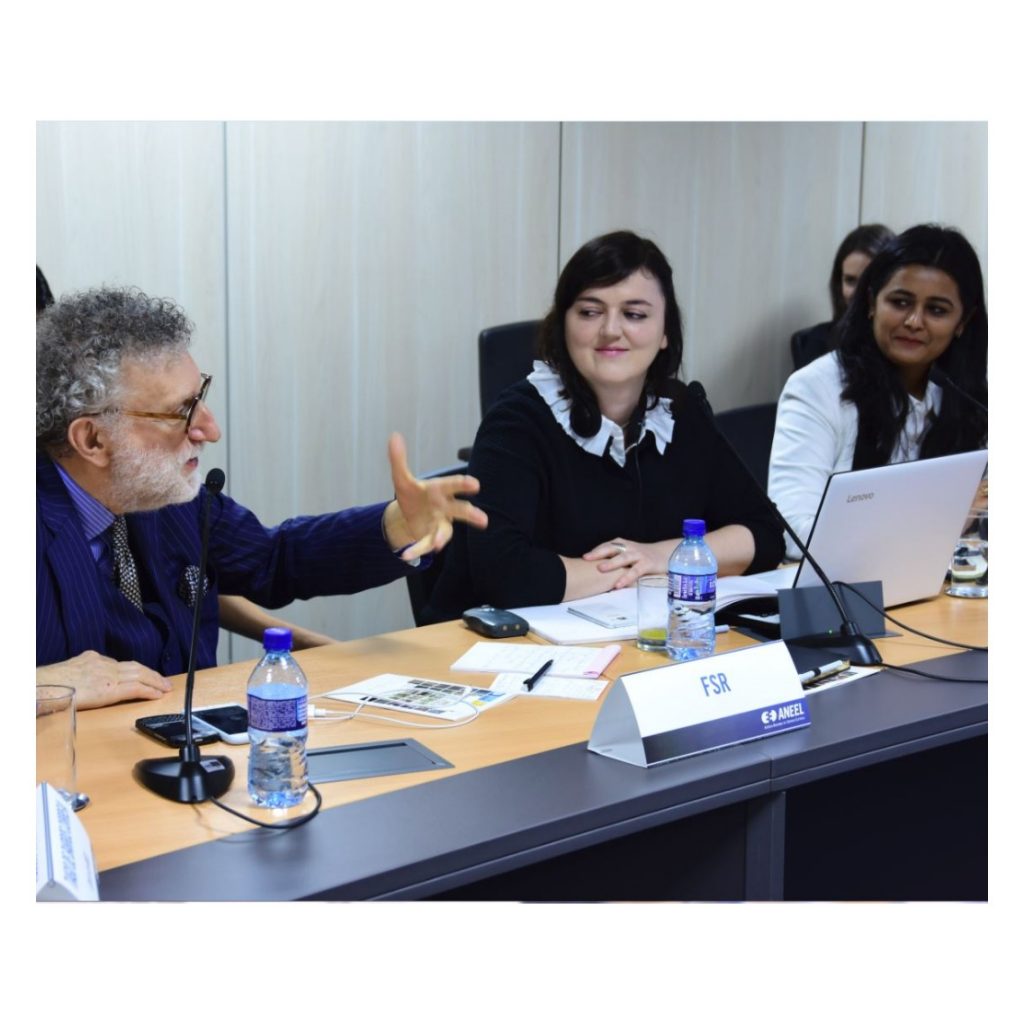 The Florence School of Regulation delegation composed of Director Jean-Michel Glachant, Swetha RaviKumar Bhagwat, Head of Global Relations and Anne-Marie Kehoe, Energy Union Law Coordinator, were in Brasilia, Brazil from March 7 to 10. As part of the FSR Global Programme, the delegation was there to further the cooperation with the Brazilian Electricity Regulatory Agency (ANEEL) with whom we signed a Memorandum of Understanding (MoU) on November 10, 2017.

The two main objectives of the cooperation are:

At the kick-off meeting of this cooperation, the FSR met with the ANEEL delegation lead by the Director Tiago de Barros Correia, Alex Sandro Feil, the Superintendent of Institutional Affairs, and Larissa Mamed Bomfim Brandini, the Coordinator of Institutional Affairs. Representatives from various ANEEL departments made presentations on their lines of research, as set out in the MoU. The thematic tracks included; the challenges for the distribution sector regarding storage/ EV/ prosumers, the integration of renewable energy in the system, the universalisation of services and demand response. As a result, the FSR will host two researchers from ANEEL to work as part of the ‘Comparative Regulatory Mapping’ project starting this May.

The FSR in collaboration with ANEEL will be developing a 5-week online course on ‘Regulatory Delivery’ which will be launched the first quarter of 2019. The course will bring together all of the regulatory authorities of Brazil with the support of the Casa Civil and the National School of Public Administration (ENAP).

The FSR also engaged with the Italian embassy in Brazil to discuss potential synergies which could facilitate research and further the cooperation between Italy and Brazil.

Watch the interview with the FSR and ANEEL Directors