/  Energy & Climate /  Climate /  The Reform of the EU ETS: what implications for the Energy Markets of the future?

The Reform of the EU ETS: what implications for the Energy Markets of the future?

On Friday 23 February 2018, the Florence School of Regulation hosted the FSR Policy Workshop: ‘The Reform of EU ETS and its Implications for the Energy Markets’.

The event, attended by academics, practitioners and representatives of European and national institutions, investigated the main motivations and challenges related to the reform of the EU Emission Trading Scheme (ETS) for the period beyond 2020.

The EU ETS was first introduced in 2005 to create a market for GHG emission allowances (EUAs) – setting a price for carbon emission reflecting their negative externalities. Its implementation was hindered by the economic crisis in 2008-09 and 2012-14, as well as by the overlapping and interference of other European policies in the field of renewable energies and energy efficiency. Consequentially, the demand for EUAs has been lower than expected: given the fixed ‘supply’ of allowances, prices have inevitably gone down, reducing the effectiveness of the EU ETS in promoting any fuel and/or technology switching.

The scheme has been recently reformed, with the hope of strengthening its role as a driver towards a low-carbon economy. The reform is based on three main pillars: 1) supporting innovation by funding low-carbon technologies’ deployment and the modernisation of the energy sector; 2) tightening the cap (linear reduction factor of 2.2% from 2021 onwards) and setting a new emission reduction target (by 43% by 2030); 3) improving the rules to cope with the problem of carbon leakage. With the reform, a Market Stability Reserve (MSR) mechanism has also been introduced.

During the workshop, a consensus was reached on the fact that the EU needed a revision of the EU ETS and that the scheme’s effectiveness and consistency with the other policy tools had to be strengthened. Unfortunately, it was also recognised by some that the MSR, as defined in the reform, might not be enough and may arrive too late to change the situation emerged in the past decade.

The discussion strongly highlighted the necessity for enhanced coordination between environmental and energy policies, both at the European and national level. As the transition to a low-carbon economy is a joint effort, the implications of uncoordinated national measures should not be underestimated, as they might hamper the effectiveness and efficiency of the European approach. Furthermore, it was largely agreed that for the EU ETS to be effective, a higher price for carbon must be matched by long-term signals that reduce the uncertainty currently suffered by investors. Demand-Response, storage and other policy instruments can support the significant capital investments necessary to decarbonise the electricity mix, but they will hardly substitute the introduction of long-term contracts between the developers of renewable power plants and the buyers of electricity.

In short, to ensure the financeability of the capital-intensive generation investments required by the energy transition, a new market design for electricity must be adopted, where long-term tools for effective investment complement short-term tools for efficient operation. 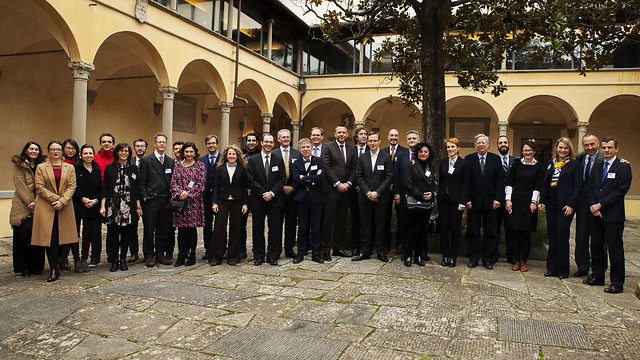