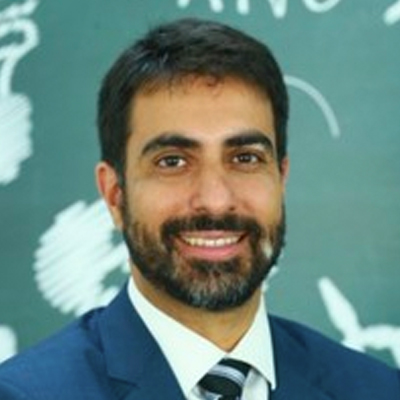 This Topic of the Month focuses on the challenges and opportunities facing the development of a market-based approach for Energy Efficiency Measures (EEM). We have shown that there is significant space for the market for energy efficiency to grow and that investments in EEMs produce positive externalities that can act as a bridge to a low carbon economy. On the other hand, monitoring energy efficiency investment opportunities indicates the existence of a gap, in the sense that private agents are not adopting EEMs with economic attractiveness.

Public energy efficiency policies commonly adopted by countries, recognising the existence of market failures and regulatory barriers, have focused on command and control solutions. Customers and firms perceive energy efficiency standards more as obligations and regulatory burdens than business opportunities or saving on energy costs. The experiences with Market Based Instruments (MBI) suffer from fragmentation and the adoption of regulatory solutions solve specific problems but cause perverse spillover effects. The fragmentation of several small energy efficiency markets increases the cost of transactions and reduces liquidity and the availability of financing.

An alternative to overcome these issues would be the coupling of energy efficiency and electricity markets. Instead of attempting to provide subsidies and financial incentives to change in consumer attitudes, EEMs would be remunerated for electricity services. Although energy efficiency as an energy resource associated with the demand response was introduced in Directive 2012/27 / EU and was reinforced in the amendment presented in 2016, regulators and policymakers, have not assimilated to the disruptive potential.

Any resource connected to the grid at the distribution level capable of providing or substituting electricity services is a Distributed Energy Resource (DER) and is comprised of supply and demand-side resources. The safety and quality of electricity services depend on the existence of potential difference provided by the addition of power or by the reduction of the load. Usually, demand response is more associated with controllable measures for change or reduction of consumption in peak time. Resources with these characteristics offer great operational flexibility. Nevertheless, it is important to note that, however desirable, operational flexibility and control are not attributes present in all supply-side energy resources and it would be unfair to require them to allow EEMs to enter the electricity market. Energy efficiency meets all requirements to be a demand-side DER since it is a change in the level of electricity consumption in response to price or other forms of financial incentives.

On the other hand, it is necessary to recognise that EEMs have unique characteristics which hinder their direct coupling with electricity markets. EEMs share many features with other DERs, such as the predominance of fixed costs relative to variables and the need for upfront investments that makes project viability loan dependent. Regarding finance dependence, the international experience with auctions for contracting renewable sources can help. Several countries are using procurement auctions that offer contracts or long-term receivables to facilitate credit access through the modality of project finance. Brazil, in particular, has extensive experience in this regard (Araujo et al. 2008 and Moreno et al. 2010). Nevertheless, defining the auction design and the contractual obligations is not trivial. Regulators need to be alert to the structure and maturity of the market to make weighted choices about the risks of the winner’s curse or collusion, for example.

In the case of an immature market, bidders will probably have some degree of value interdependence, since each bidder may learn and therefore be influenced by the valuations of other bidders. The announcement of the victory causes a decrease in the initial estimated value and may represent an overestimated value.  Failure to foresee this and take it fully into account when formulating bidding will result in what is known as the winners’ curse.

According to Krishna (2002), the English auction should outperform the second-price sealed auction, which in turn, out-performs the first-price sealed auction and the Dutch auction[1]. Such revenue ranking is a consequence of the different auctions’ forms capability to dissipate the exclusivity of bidders’ information and to mitigate the winners’ curse risk. In the same way, the release of public information in any of the four designs should lead to higher revenues and a lower difference between the expected revenues.

As the auction will procure greenfield EEMs, bidders have to spend considerable time and money only to prepare them and get the required permits and licenses. This means sunk cost, and it can influence bidders’ risk willingness. The higher the sunk cost, the greater the risk aversion of losing the auction and the greater the aggressiveness of the participants. When bidders are averse to the risk of losing the auction, the marginal increment in the payoff associated with a successful, slightly higher bid weight less than the possibility of losing the auction. A risk-averse bidder thinks that it is more important not to risk losing the auction than the small gain that he can make by slightly increasing his bid. Therefore, risk-averse bidders shade their bids less than risk-neutral bidders. Consequently, the auctioneer may expect a greater revenue under the first price auction than under the second price auction, but with the risk of the winner’s curse is also higher in this scenario if there is any degree of interdependence among the bidder’s valuation (Riley and Samuelson, 1981).

Regarding the risk of collusion, Robinson (1985) shows that, assuming a one-time stage game, cartels are stable (i.e., incentive-compatible) in open ascending-bid (English) auctions, but not in first-price sealed auctions. The dominant strategy in the English auction is to keep bidding until reaching valuation. That combined with the assumption that cartels fully share information and the possibility to identify the bidders and retaliate non-compliers (given by open or oral auctions designs), is sufficient to ensure that no other bidder will make profits betraying the cartel. In the sealed-bid, first-price auction, on the other hand, there is an incentive to cheat on the cartel and, therefore, no cartel strategy is a Nash equilibrium in a first-price sealed auction.

On the other hand, the auction to procure for EEMs is not a singular event. A sequence of auctions turns it into a repeated game, where the reputation of the participants becomes relevant in the formulation of dominant bid strategies. In this sense, repeated auctions are more susceptible to cartel activity, by allowing retaliation of participants in subsequent auctions. The difference between the open and the closed auction, therefore, become less relevant.

However, considering the possibility of collusion, it is crucial to include safeguards against a cartel Nash equilibrium in the auction design. Bajari and Yeo (2009) discuss how the U.S. Federal Communications Commission (FCC) introduced rule changes including click box bidding, the presence of large minimum opening bids and anonymous bidding that potentially make collusion more difficult. Click box bidding makes it harder for bidders to signal each other. Large minimum opening bids give bidders fewer rounds for communication via bids to work out a split of the licenses before prices become too high. Anonymous bidding disguises the identity of bidders during the auction, making it difficult, and perhaps impossible, for the cartel to use the bids to monitor and enforce collusive agreements.

Finally, regulators and policymakers typically have multiple objectives and concerns, such as funding sources, cost and benefit sharing, and the principle of additionality whose harmonisation is not simple either. An in-depth regulatory impact assessment together with a broad engagement process with stakeholders is essential to considering alternatives and trade-offs. However, because it is an innovative approach, it is necessary to highlight the relevance of adopting the prototyping and pilots method to facilitate the early identification of risks and failures due to the spillover effect of bad regulation.

[1] The English auction starts with the auctioneer calling out a low price and raising it in small increments as long as there are at least two interested bidders.  The auction stops when only one bidder remains active, e.g., when the price is a little higher than the second biggest reservation value, and the last competitor leaves the auction. The winner, therefore, pays the price cleared (pay-as-clear). In a first-price sealed auction, the bids are submitted simultaneously. The winner is the bidder who submitted the highest bid, and the price will be the one in the winning bid (whence the name “first price”). The second-price sealed auction has an identical process for bid submission, the object is also assigned to the highest bid, but the winner pays a sum equal to the second highest bid (whence the name second-price). In a Dutch auction, the auctioneer starts at a high price and then continuously lowers it until one of the bidders submit a bid and stop the auction. This bidder gets the object and pays the exact amount of his offer (pay-as-bid).