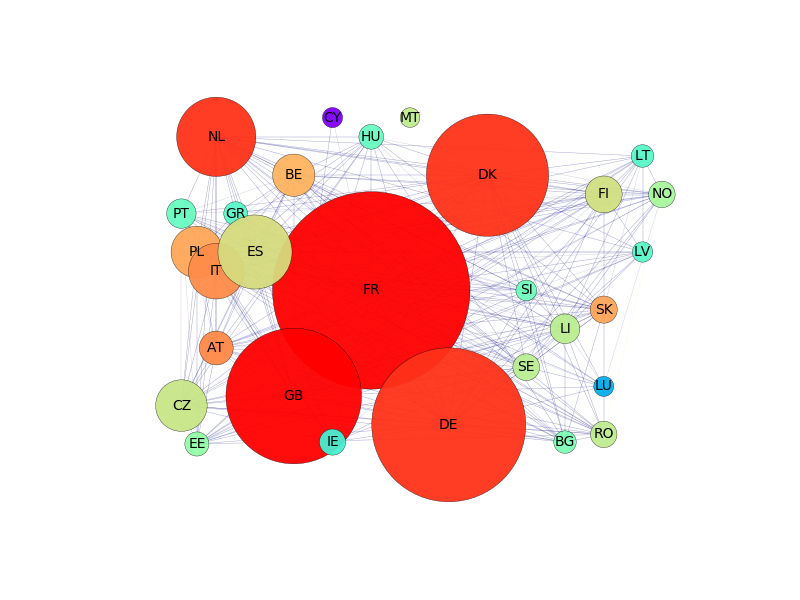 An article entitled “EU ETS Facets in the Net: Structure and Evolution of the EU ETS Network”, by Simone Borghesi (FSR Climate) and Andrea Flori (Polytechnic of Milan) has been recently published in Energy Economics, 75, 602-635.
The paper uses Network Theory’s tools to describe how the structure of the system has evolved over time and to identify which countries have been in the core or in the periphery of the network during the first two phases of the EU ETS.
It shows that Person Holding Accounts (PHAs) have played a prominent role in the transaction of permits, heavily influencing the configuration of the system, and that some account holders strategically opened accounts in the more central registries, thus reinforcing their centrality in the network.
Read the full abstract