Labour III: Include methane emissions from agricultural and waste sectors in circular economy

This is the third installment of the Topic of the Month: EU Methane Strategy - the Four Labours of the European Commission 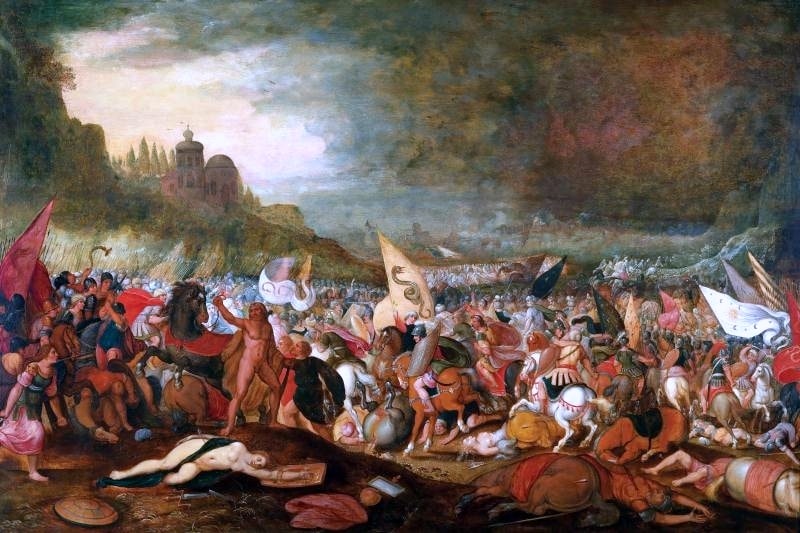 Antoon Claessens – The magic girdle of Hippolyta, queen of the Amazons (public domain)

The four labours of the European Commission

Hercules (known in Greek as Herakles) – one of the best-known heroes in Greek and Roman mythology – went down in history by performing 12 labours, so difficult they seemed impossible. Reaching climate neutrality in roughly three decades may seem equally as impossible. However, in her first State of the Union speech, Ursula von der Leyen – the President of the EU Commission – showed that the European Union is committed to the European Green Deal (EGD) vision.

As the EU Commission is about to present the EU Methane Strategy in the coming weeks, if not days, in this Topic of the Month series we will look at four major (in our opinion) tasks ahead to ensure that the legislative proposals tabled under the Strategy lead to cost-effective methane emissions mitigation and are supported by the oil and gas industry, which is trying to find its way through the energy transition.

In the previous episode of this Topic of the Month series we explained why it is essential to reduce energy-related methane emissions by 2030. Yet, we should also keep in mind that the emissions from two other sectors – agriculture and waste – are substantial sources of emissions and are just too big to be neglected.

In order to achieve the EU climate neutrality target and to stabilize the global methane concentrations, the emissions from the agriculture and waste sectors need to be minimized.

Agriculture is the major source of man-made methane emissions, both globally and at the EU level. Farm-related emissions primarily come from enteric fermentation, that is the process of decomposition and fermentation of plant materials within the digestive systems of ruminants, mostly cattle and sheep, which accounted for over 40% of all EU methane emissions in 2018. Anaerobic waste at landfills is the second major source of emissions responsible for almost one fifth of the EU total. This sector is also the second largest source of methane reductions in the EU in the period 1990-2018.

The options to abate methane emissions in agriculture and waste are much more limited in comparison to the energy sector, but the organic waste generated in these two sectors could be used for clean energy production.

The process of anaerobic digestion allows to transform the organic waste into biogas, composed mainly of methane (40-70%), carbon dioxide (30-60%) and contaminants such as ammonia, water vapour, hydrogen sulphide) and digestate that can be used in agriculture as natural fertilizer. Biogas could be used in the nearby combined heat and power plant or it could be purified and upgraded to biomethane. Once biomethane blends in the natural gas grid, it has the same quality and applications as the natural gas.  You can learn more on biogas and other renewable gases from our previous Topic of the Month series.

The steady increase in the number of anaerobic digesters in Europe demonstrates that this could be a way forward to reduce GHG and organic waste and it could be utilized for the production of clean energy in line with the circular economy objectives, while creating new job opportunities in rural areas and reducing methane emissions.

There is also one caveat – the production of biogas and biomethane should be organized in a  way ensuring that the loss of methane within the biogas production and utilization process is minimised. As methane is the main component of biogas, its loss impacts the environment and safety issues and constitutes an economic loss for the biogas plant operators.

The measurement and quantification of emissions in these sectors could be difficult, but there are some initiatives already in place. The project “MetHarmo – European harmonisation of methods to quantify methane emissions from biogas plants” wrapped up with the report and a set of recommendations concerning both on-site and remote sensing approaches to methane detection and quantification.

Further research may lead to the adoption of EU guidelines or standard on the quantification of methane emissions related to the production of renewable and low-carbon gases.