Islands’ dilemma on the road to energy transition 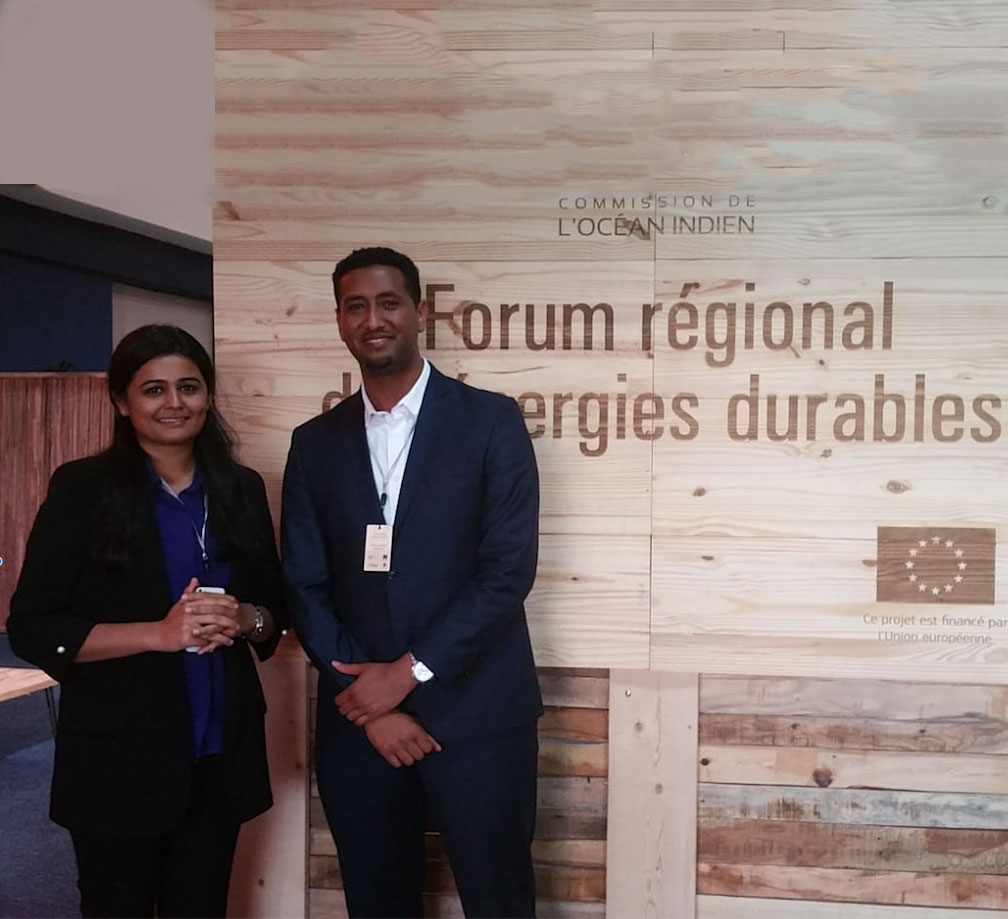 FSR Topic of the Month: Energising islands in the age of transition

This month, FSR is featuring the Indian Ocean islands of Mauritius, Seychelles, Madagascar and Comoros and is presenting findings based on our engagements with the island nations.

The world energy transition is happening, and it is sustainable! The developed world is changing old infrastructures to state-of-the-art ones; while the developing world is leapfrogging and transitioning to modern infrastructure from the get-go. In this big picture, where do the island nations stand on the road to sustainable energy transition? Islands have been playing catch up and at times slowly, although they are most prone by inaction. What is impeding the transition?

Islands have particularities. They are geographically isolated, small in size and heavily dependent on imported fuel, all combined leading to high energy prices. Although most islands have high renewable energy resources potential, the uptake of this has been challenging due to lack of political will, right policy and regulatory framework, technical expertise or know how, economies of scale, and human capacity. Consequently, islands have a perception of high risk thereby deterring investments. An anomaly in the Indian Ocean islands is Madagascar, which is roughly the size of mainland France with the population of Australia.

So what are the island nations energy systems powering?

Island nation’s economies are usually capped based on the resources available on the islands and the nature of activities adopted by their people. In the case of Indian Ocean islands, the activities are limited to tourism, fishing, food processing and in some (rare) cases, heavy industries. Given the constraint of human capital or land availability, islands are not poised to compete with large-scale production from the mainland. So the emphasis is shifting to a more service-based industry rather than focusing on producing goods. In cases where the islands are linked to a larger economy, the situation is slightly different as the larger mainland economy bears some of the burdens of the islands.

The powering up challenge

Traditionally, in the Indian Ocean region, the islands have heavily relied on fossil fuels such as HFOs and LFOs. Taking inspiration from the global traction to clean energy pathways, the islands have also set up ambitious renewable energy targets for themselves. 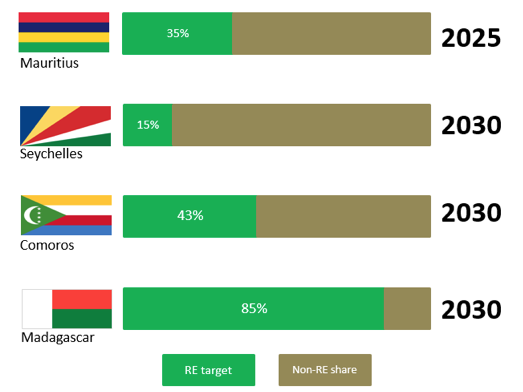 In the uptake of renewables, the primary challenge is to accurately assess the resource potential of the various renewable energy resources to optimise the energy mix. In the case of Mauritius, the emphasis is on solar and bagasse based technologies, while in Seychelles it is solar and wind, in Madagascar it is hydro and solar, and in Comoros, it is mostly geothermal and solar.

The second challenge is the integration of renewables into the grid. Since the island nation’s power systems are small, they can only host a limited amount of variable renewable energy. Given this constraint, islands may use other fossil fuels such as gas or coal as intermediate transition pathways to offer flexibility and balancing.

The third challenge is the cross-subsidisation of tariffs. Usually,  commercial customers bear most of the infrastructure costs, followed by residential and then industrial. In the shift to renewables and with the use of decentralised solutions, the commercial customers are the first to become auto-consumers. Given the limited population of the islands and the fact that a limited number of people bear all sector taxes, the cost avoided by auto-consumers is often shifted onto the other energy users, who usually don’t have the means to react.

The fourth challenge is the institutional setting. Energy policy is developed by the energy ministry, and on some islands, they also have dedicated governmental units to take care of renewables or electrification mandates. Regulation of the energy sector via a dedicated regulatory body is in its infancy and regulators are still trying to establish their role.  In all the islands the energy utility is a state-owned vertically integrated monopoly. Given the size of the market, how competent are these authorities in performing their duties, and are the number of institutions aiding or hindering the energy transition? Amidst this, how can the private sector participate in the island nation’s energy markets?

Another dimension to note is that each island has a different starting point. While Mauritius and Seychelles are well established in terms of their power infrastructures, their pertinent issue is the integration of renewable energy. In the case of Madagascar and Comoros, the challenge is first to provide electricity access and then ensure clean & reliable electricity access. Despite all the constraints these islands face, they are uniquely positioned to adapt and adopt new solutions such as smart grids, electric vehicles and energy storage options.

Under the framework of the Indian Ocean Commission (IOC), the islands of  Mauritius, Seychelles, Reunion, Madagascar and Comoros are regionally cooperating to learn best practices on the road towards the energy transition. As islands are usually under-represented in the global dialogue, regional cooperation will further strengthen their voice and help facilitate trans-ocean learnings. To foster regional cooperation, the IOC had its first ‘Regional Forum on Sustainable Energy’ in Mauritius from May 28-30, 2018.

The Florence School of Regulation (FSR) is collaborating with the IOC to facilitate knowledge sharing on energy sector regulation, particularly on the integration of renewables and energy access. FSR has been working with the islands since 2017 on capacity building programs via our training, research and policy dialogue initiatives.

In the coming weeks, we will dive in a bit deeper into some of the particularities mentioned in this articles. So stay tuned!