The 10th edition of the FSR Annual Conference addressed the trending topic of ‘Investment Challenges: Reconciling Competition, Decarbonisation and Digitalisation’, whilst providing a timely platform for the presentation and discussion of 13 papers, cutting across different infrastructure sectors, from energy to climate, transport and telecommunications.

While investment has been at the forefront of the post-COVID-19 recovery strategy of the EU, the challenges linked to it are not a new phenomenon across the network industries. In fact, since the 1990s, liberalisation has exacerbated investment challenges, owing to the different time horizons between the interests of the private sector, the long-term nature of the infrastructure assets and their public service nature. Climate change and the need to decarbonise the infrastructures, as well as the recent focus on digitalisation, have only added to the investment challenges in the different network industries.

Kick-starting the discussions at the 10th FSR Annual Conference, keynote speaker Alessandro Carano, Senior Adviser of the European Commission’s Recovery Taskforce, took stock of Europe’s macroeconomic situation and the economic outlook for the years ahead, and furthermore, outlined the main features and objectives of the EU Recovery and Resilience Facility, which is currently in its take-off phase. Though unevenly spread, the consequences of the COVID-19 pandemic have hit all sectors of the European economy, with major drops in employment and consumption patterns observed across all Member States.

A significant rebound in terms of real GDP growth is expected in the course of the next two years, whereas the European economy is projected to reach pre-crisis levels by 2023-24. This, however, will largely depend on a range of factors, including the speed of vaccinations, the emergence of new variants, inflation, geopolitical stability and trade.

The first wave of EU measures focused mainly on the regulatory framework, as opposed to the funding. This has included the temporary suspension of some State aid measures until the end of 2021, the launch of a temporary support scheme to mitigate unemployment risks in an emergency (the so-called SURE instrument), and the possibility to use leftover funds from the EU Cohesion Fund to mitigate the effects of the pandemic, among others.

In May 2020, the Commission proposed its Recovery Plan, also known as Next Generation EU, which foresees a substantial increase in funding on top of existing funding provided under the Multiannual Financial Framework (2021-2027). According to Commission estimates, the effective implementation of Next Generation EU stands to deliver approximately 2% of additional GDP by 2024 (as an EU average) and create 2 million jobs, and in this way, fill the gap created by the crisis.

As the centrepiece of the Next Generation EU, the Commission has proposed the so-called Recovery and Resilience Facility, which became operational in January 2021, and is set to provide support until 2026. The Facility is founded on six pillars, which seek to ensure that the European economy recovers in line with the core EU policy objectives pertaining to decarbonisation, digitalisation, social and territorial cohesion, competitiveness, as well as the stronger orientation towards social sectors, human capital and young generations.

A noteworthy feature of the Facility is that it is performance-based. In other words, in contrast to previous programmes linked to spending, this one is based on objectives, which are translated into milestones and targets. Member States have to present plans to the Commission, which contain a set of reforms and investments covering the entire period up until 2026. The definition of clear milestones enables the monitoring of progress towards set objectives, as defined by the Member States, and which need to be approved by the Commission and Council. Once a National Recovery and Resilience Plan has been approved, the EU budget provides a pre-financing of 13% of the envelope of each Member State starting from the summer of 2021. The rest of the funding is disbursed in tranches every six months after sufficient evidence has been demonstrated that the Member States are achieving the objectives linked to reforms and investments set out in the respective Plans.

Importantly each Plan needs to include a minimum of 37% of climate-related expenditure. None of the other measures (i.e., the remaining 63%) should do any significant harm on the basis of the definitions established under the Taxonomy Regulation. Similarly, Member States will have to align reforms and investments with certain digital and connectivity objectives while including in their Plan a minimum level of 20% of expenditure related to digitalisation.

Investment challenges from the perspective of FSR Area Directors

Keeping to the traditions, the conference brought together the FSR Area Directors for a roundtable discussion, moderated by Prof. Juan Montero, on the role of investment in meeting today’s most pressing challenges facing transport, energy, climate, and telecommunications.

Prof. Matthias Finger, Director of FSR Transport, recalled that historically there had been a sectoral approach aimed at creating internal sectoral markets. The increasing urgency to address cross-sectoral challenges, such as climate change and digitalisation, however, has brought to light the need to shift towards a more holistic regulatory approach. Within the transport sector, for instance, this has increasingly manifested itself in the form of intermodal regulation and efforts to promote modal shift (e.g., shifting goods transport away from trucks onto more greenhouse gas-efficient modes such as railways and inland waterways). Such ‘coupling’ is also taking place across sectors, as is the case of electricity and transport driven by the electrification of transport. Digitalisation is further reinforcing these trends and acts as an enabler for broader decarbonisation.

Three parallel EU policy objectives have emerged on the EU arena in recent years, namely the pursuit of the internal market (through competition), decarbonisation and digitalisation. Now, we are seeing an attempt to bring these together under the same umbrella of investment.

Before passing the floor on to the Area Directors of FSR Energy, Climate and Communications & Media, Finger raised a number of critical questions to stimulate the debate: “Advancing decarbonisation objectives inevitably raises questions linked to business models, markets, incentives and social fairness implications. How can the industry be incentivised to decarbonise, and can its decarbonisation efforts be reconciled with continued growth? Is it possible to address these challenges from a purely technocratic point of view without raising political priority questions?”.

FSR Energy Director, Prof. Jean-Michel Glachant, underlined the rapidly changing dimensions of energy and climate policy. The decision to tighten the EU’s 2030 greenhouse gas (GHG) emissions reduction target to -55% (from the pre-existing -40%) and achieve net-zero carbon emissions by 2050 compared to 1990 levels calls for a significant acceleration in decarbonisation efforts across all sectors.  Along with this acceleration, we are seeing a shift away from a pure focus on “clean energy policy” towards an “industrial policy” approach, in view of the increasing responsibilities placed on automotive manufacturers among other industrial players (e.g., heating and cooling, cement, steel, etc.) in bringing about the necessary changes. While the Commission’s vision goes in the right direction, Glachant cautioned that speeches and goodwill would not suffice unless accompanied by the relevant technical knowledge and practical skills. In light of this, he highlighted the industry’s commitment to climate action as a central precondition to achieving Europe’s decarbonisation objectives.

In response to the question of how best to secure investments for the decarbonisation of infrastructures, FSR Climate Director Prof. Simone Borghesi stressed the key role of carbon pricing. Higher prices lead to a stronger push for clean technologies. Carbon markets have, in fact, witnessed a remarkable increase in prices, whereas the EU Emission Trading System (ETS) saw prices recently going up to €52/ton of CO2. A higher price raises incentives for companies to decarbonise while at the same time generating auction revenues from allowances, which could support innovation and clean investments (e.g., the EU ETS’ Innovation Fund). Besides clear signals, certainty and long-time horizons will be central in driving investments in decarbonisation.

Today’s EU climate policy (i.e., objectives and rules laid down in the European Green Deal, Climate Law, and fourth phase of the ETS more specifically) is providing the necessary long-term horizons and clear signals for investments into decarbonisation. Notwithstanding, Borghesi underlined that policymakers cannot count on carbon pricing alone, quoting several reasons. Firstly, in the past, carbon pricing has only induced marginal changes, falling short of the radical changes, which are needed. Secondly, carbon pricing is expressed differently across various jurisdictions (e.g., carbon pricing ratio between China and Europe is ca. 1:10 if comparing the Chinese pilot ETS price with that of the EU ETS). This, in turn, creates possible incentives for future de-localisation as opposed to decarbonisation coming from higher carbon prices and calls for new regulatory instruments. The introduction of carbon pricing faces issues linked to competitiveness, distributional and acceptability effects. This calls for accompanying measures to be factored into the regulatory framework.

Digitalisation is what we need to pass from climate foes to climate friends. It is a pervasive phenomenon, which touches everything from production all the way to consumption, and stands to improve environmental performance in multiple ways. For instance, the satellite localisation of emissions through the EU Monitoring, Reporting and Verification (MVR) system can enable more targeted interventions (e.g., to abate methane emissions). Automated vehicles, smart traffic management and intelligent building design, on the other hand, can deliver important energy and fuel savings. In short, accelerating decarbonisation will necessitate an acceleration of digitalisation.

While Europe may be at the forefront when it comes to climate policy, FSR Communications & Media Director, Prof. Pier Luigi Parcu, noted that Europe is falling behind on other fronts, such as some aspects of digitalisation, for instance. In realisation of its delay, Europe is now trying to catch up, with one illustrative example being its GDPR Data Protection policy. The GDPR policy has been broadly perceived as an innovative approach to regulation, ingraining core European principles, such as the protection of consumer rights and privacy. Another interesting example from the telecommunications world has been the most recent, third reform of 2020, which is the first of its kind to set dedicated investment-related targets in regulation. This, in turn, creates tension between the priorities of enhancing competition, promoting investment, and protecting consumers. Furthermore, Parcu brought attention to the EU’s Digital Market Act, which on the one hand, seeks to achieve contendibility by re-opening what is currently a US platforms dominated market with a view to creating future competition, and on the other hand, ensuring fairness. The idea of regulating for fairness, he noted, is particularly advanced and unique in the sense that not many countries are practising it.

Licensing Standard Essential Patents: FRAND and the Internet of Things

Summary What is the licensing framework of standard essential patents (SEPs) for connectivity standards such as 5G and Wi-Fi? How… 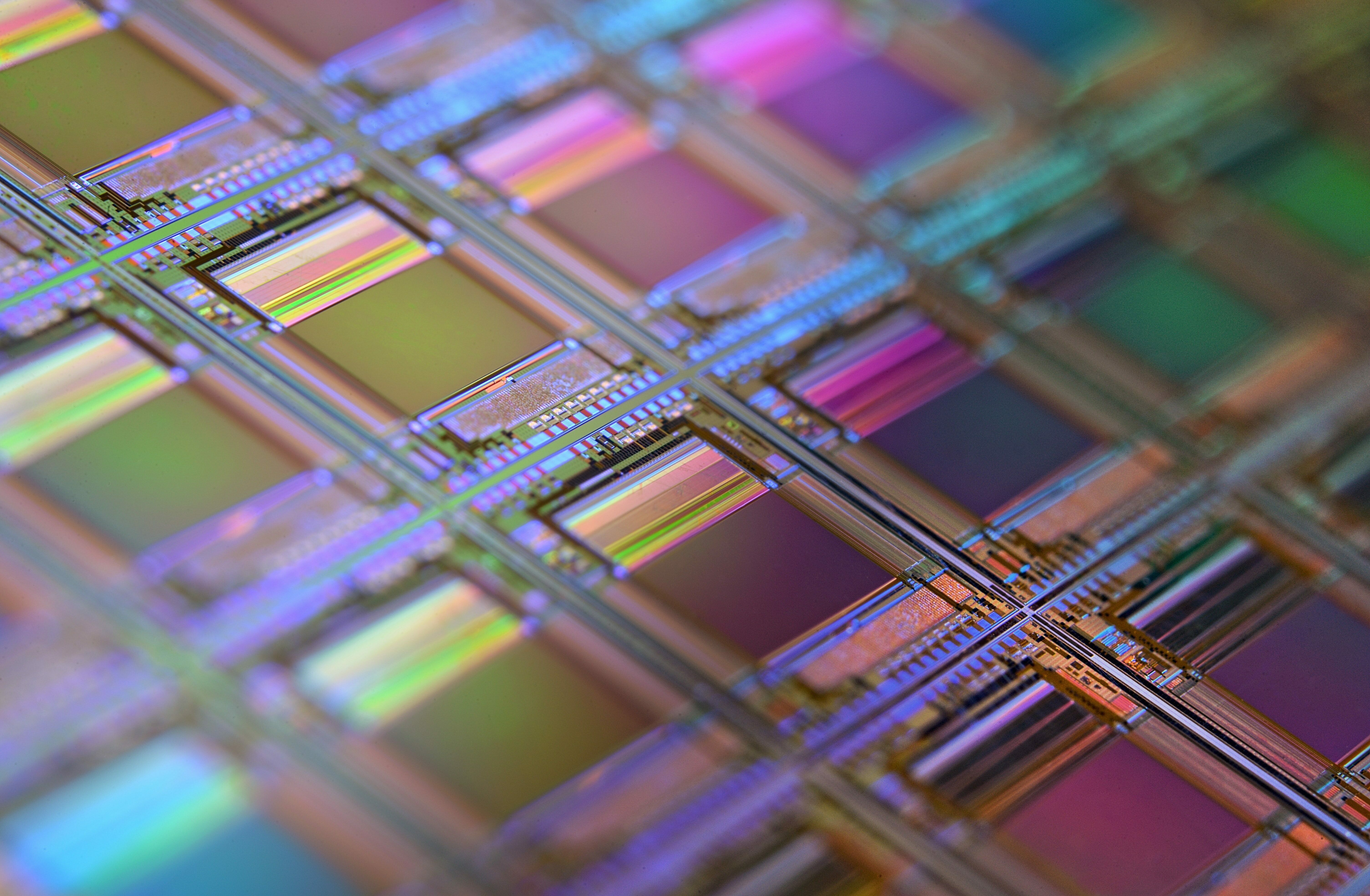 Ubiquitous technologies and 5G development. Who is leading the race?

Abstract The introduction of the fifth generation of mobile technology (5G) is expected to bring disruptive changes. These changes will… 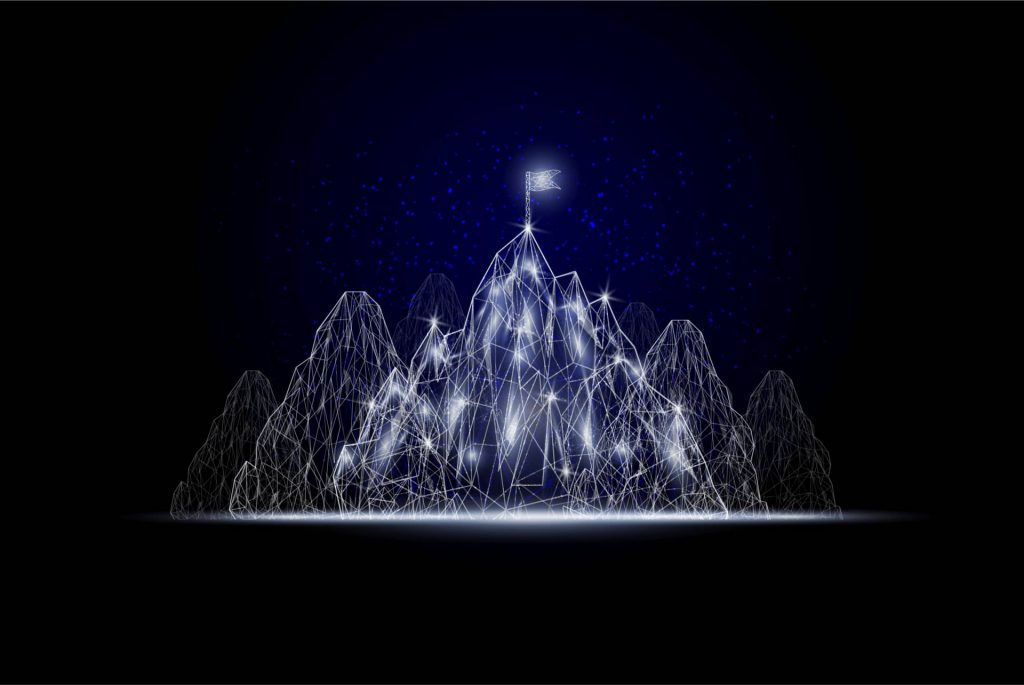 Digital markets act in the making: challenges and potential of the new EU regulation on big tech

The Policy Brief “Digital Markets Act in the making: Challenges and potential of the new EU regulation on Big Tech”…