In this opinion piece Thierry Vanelslander, Professor at University of Antwerp, reflects on the main risks underlying policies for greening freight transport operations in Europe, and shares his thoughts on how to overcome these. 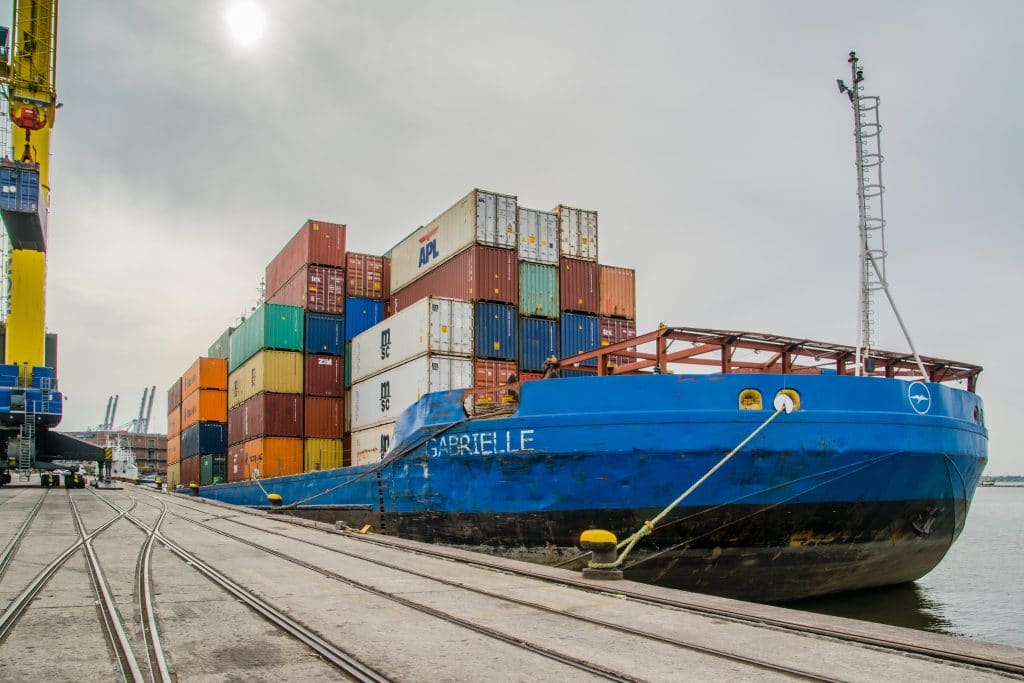 Policies for greening freight transport are not new. Already in the 90’ies, multimodality and intermodality were high on the European agenda. Heavy investments were made in additional infrastructure, price incentives (subsidies) were awarded, and regulation was established, among others, to separate rail network managers from operators. All these measures were without doubt conditions without which a substantial modal shift could not materialise.

However, this is not sufficient, witness the modal shift figures of the past two decades. Smooth operations in chains are needed. Connectivity, vertically as well as horizontally, needs to be strongly reinforced. Like with the internet, users (shippers) should in fact not care about all the modes and steps that are needed to bring goods from a point of origin to a point of destination: one touch on a button should ideally be sufficient to get the goods shipped. The concept is called Physical Internet. It uses Artificial Intelligence to make optimal use and combinations of information, which is collected in real-time through sensors and automated equipment. We are far from that situation still. Technically, it is not always easy to let different systems talk to each other. But more importantly, there is often a lack of trust or willingness to actually exchange information.

Therefore, it is good that governments and the European Commission, through its Framework Programs in the first place, have approved projects that combine technical system developments with attention for governance. It allows testing in concrete pilots and lets a thousand flowers blossom. The best ones are to make it then to the market, being uptaken by operators.

However, there are a number of risks. First of all, one risks ending up with a multitude of platforms that do not talk and work with each other, but in parallel to each other. ‘The cloud’ therefore risks materialising in multiple clouds, leaving the sky very cloudy and not achieving the objective of global exchange and connectivity. In fact, that hampers modal shift and keeps cargo within the own silo.

A further risk is that the most powerful players in chains, through the amounts they can invest in overarching systems, will make it at the expense of other, smaller players. One risks ending up with oligopolies or even monopolies. The latter are currently largely unregulated due to their global nature and the absence of a real regulator at global level. That again avoids that the different modalities get optimally combined.

The latter translates into an additional risk: geopolitics comes into play. In search of control of global supply chains, countries favour their own operators, so as to ensure that ‘competing’ nations cannot develop and conquer parts of the world. A race towards cheaper logistics solutions to enter markets without much incentive to internalise external costs emerges. That way, governments work in favour of their own logistics operators, rather than the latter in function of social welfare.

Another risk is that governments have a tendency to leave not only logistics operations but also governance framework development to private operators. Governments thereby omit their key task: to regulate in function of social welfare. Roles are what they are, and one cannot expect a private party with its own objectives (i.e., profit maximisation, shareholder returns increase, etc.) to act by itself fully in line with what society needs. Inherently, this brings a conflict of interests, in the first place, between public and private interests. Only governments, as elected public representation bodies, can represent societal interests. Governments should therefore take up that role, whether the regulation target is an SME or a large and ‘powerful’ multinational with big lobbying power.

That brings me to the last risk. Often, data seem to be confused. Of course, operational data are needed to make sure that – well-regulated – platforms and synchromodal systems can function. However, for policymaking, that level of data detail is not needed. Ultimately, using such operational data can help render policy-making more refined and agile. However, what is needed in the first place is higher-level data and even more synthesising indicators. Over the past decades, such data collection has been strongly reduced or even stopped, often for reasons of public budget cutting. The use of operational data available in online systems was often proposed as the perfect alternative. However, not only are such operational data of a different nature than what is needed for policy purposes, but even worse, most often the data are private and not accessible to non-involved operators. How can one expect policymakers to have a view on the success of their modal shift actions if such higher-level indicators are not available? How can one take lessons for future modal shift policies if the results of past ones can hardly be evaluated? How can one identify barriers and obstacles, and suggest remedying actions, if such bottlenecks cannot be quantified? It largely seems as if policymakers are sailing blindly, and the history of transport has shown that doing so only leads to more accidents, but not at all to the best transport solutions. Up to governments to embrace this key public competence again!