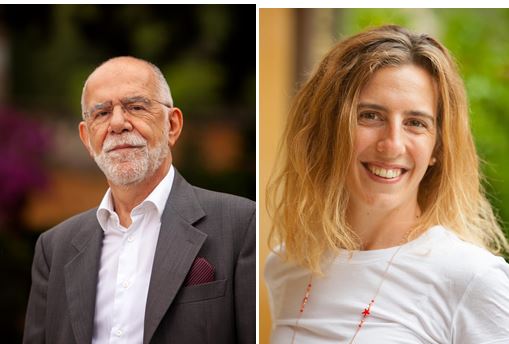 The paper “Postal operators as “ground based” online platforms?” (Gori, P., Parcu, P.L.) will be presented at the 7th Conference on the Regulation of Infrastructures (21-22June, 2018).

In the last century the advent of voice telecommunications challenged but did not displace postal services. However, yesterday’s challenge of telecommunications to postal services appears quite minor in respect to today’s disruption to post caused by the online communications world. That the Internet is having a disruptive impact on many, or maybe all, business models is obvious, what is still less clear is if, and how, different sectors affected by the impact of new online services can react to the disruption and survive by transforming it in an opportunity.

The European Commission, analysing the digital revolution, has listed a number of essential features of the so-called online platforms, namely: they create and shape new markets (substituting or integrating traditional ones); they operate in a multi-sided market environment; they exploit direct and especially indirect network effects; they rely on ICT to constantly reach users; they create digital value (European Commission, 2016).

Among the key ingredients for the affirmation and success of online business models, no matter the specific type, there is the ability of gathering and exploiting large amounts of data and to acquire the trust of consumers. Historically, because of their intermediary role, POs fare well on both of these dimensions: they have developed and used large databases and have conquered a long-term relation of trust with consumers.

The aim of this paper is to understand whether POs could go in the direction of restructuring their business models by transforming themselves in a new kind of “ground based” online platforms or, at least, if they can find a permanent alliance with other major online platforms in virtue of a sort of “complementarity” of assets. To this purpose, after a brief recall of the nature of the disruption created by the online world to the traditional business of POs, we will examine behaviours and intentions of some important POs active within the European Union (Royal Mail, Deutsche Post DHL Group, Le Groupe La Poste, Poste Italiane, Correos Group). The paper will continue by looking at the assets and peculiarities that may facilitate a move toward a stronger online role and sketch risks and opportunities for POs in this attempt to redefine themselves as a possible new genus of online platforms.

Paula Gori is currently working at the newly established School of Transnational Governance (STG) at the European University Institute (EUI). Prior to this she was the Coordinator of the Florence School of Regulation – Communications and Media and research associate of the Centre for Media Pluralism and Media Freedom and of the Florence Competition Programme at the Robert Schuman Centre for Advanced Studies at the EUI. Her main research interests cover smart cities, privacy and data protection. Before joining the Florence School of Regulation in September 2010, she gained extensive experience at the European Parliament in Brussels. Paula also collaborated with the UNESCO centre of Florence and she is a UNESCO Junior Ambassador. She also got the title of civil and commercial mediator, especially for international disputes. She holds an MA in International Relations (University of Bologna) and an LLM in International Law (University of Florence) and attended the “Double Maîtrise franco-italienne en droit” and obtained a Maîtrise en Droit (Sorbonne University).

From 2004 he is the Chairman of a consultancy company specialized in antitrust and regulatory issues. From 2000 to 2003, he was CEO of the Independent System Operator running the Italian Electricity Grid (GRTN). From 1991 to 2000 he was the Director of Investigation at the Italian Competition Authority (AGCM) in charge of several regulated sectors. Previously, he served as Chief Economist at the Italian Security and Exchange Commission (CONSOB) and as Economist at the International Monetary Fund (IMF).

He holds a Ph.D. in Economics from the University of California at Los Angeles (UCLA). His research in the area of industrial organization and law and economics focuses on the interaction between regulation and antitrust in shaping firms’ behaviour. As regards research in the media and Internet areas, Professor Parcu’s interests focus on the effects of ownership concentration and internal governance of the media enterprise on pluralism and freedom of expression and on the influence on offline business models of new economic developments related to online platforms, smart cities and artificial intelligence.