/  undefined /  Gas as an integral part of the EU decarbonisation strategy

Gas as an integral part of the EU decarbonisation strategy 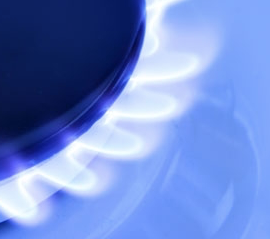 What is the long-term perspective for the use of gas in Europe?

On 18th of February, the FSR jointly organised a workshop with Gas Infrastructure Europe (GIE) and Eurogas on the long-term perspective for the use of gas in Europe.

Later on, discussing the upcoming 2020 Gas Package, Mr. Gurba reminded the audience about the studies launched by the EU Commission to identify the major challenges and potential solutions to address them.  Interestingly, he clarified that setting the target for renewable gas and low-carbon gases won’t be obvious since they represent a diverse group of products with differing qualities and energy content. The Commission seems to be more supportive of the idea of sector coupling integrating closely electricity and gas systems.

Sector coupling was under scrutiny during the following session with representatives of both electricity and gas companies.

The following panels assessed the future role of gas in other consumption sectors for natural gas: electricity, energy-intensive industries, mobility and heating. Many industry representatives called for the adoption of renewable gas targets and a clear regulatory framework to foster investments.  On the contrary, some participants highlighted that the gas industry is lagging behind since it has not presented a  clear decarbonisation pathway and targets for the whole sector.

Christopher Jones closed the workshop concluding that one of the most pressing tasks for the European Commission will be to provide a robust decarbonisation policy since a clear regulatory framework will be key to enable the decarbonisation of the gas sector and sustainable investments.

Read the short workshop summary by Federic Simon from Euractiv!

“Setting a target for low-carbon gases such as hydrogen or biomethane is going to be tricky even though the idea is supported by industry, a senior EU official has said, warning against a one-size-fits-all approach.”

All the presentations from the event are available to the public on the event webpage.