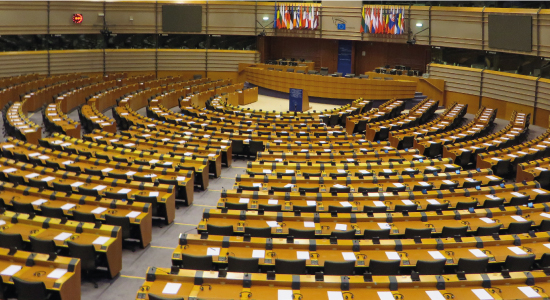 After the first edition of the successful Luncheon debate in January, the Florence School of Regulation has been invited to present its recently published report: ‘Regimes for granting the right to use hydropower in Europe’ at the European Parliament in Brussels, on 15 March 2016.

The event will be hosted by the Hon. Patrizia Toia, Antonio Tajani and Jean-Paul Denanot, Members of the European Parliament.

On this occasion, the report will be presented by the authors and commented upon by the hosts and other high-level representatives of the European Parliament and Commission. Dominique Ristori, DG Energy’s Director General, will also give his remarks and contribute to the discussion.

An interactive “open debate” will be encouraged and open to attendees from EU institutions, NRAs, industry and academia, as well as with any other relevant stakeholder.

Further information on the discussion theme

Hydropower is a critical energy source for the EU. It concurs to the balancing of the power system in an effective, competitive and CO2-free manner. Considering the main localization of hydropower production (Scandinavia, Pyrenees, Alps, Romania), hydro can be defined as “a swing player” in the management of cross-border congestions, hence necessary for the well-functioning of the EU electricity market.

The FSR study shows that no harmonisation or convergence exists in managing hydropower usage rights at European scale, particularly in the way they are allocated (whether competitively or not) and their environmental obligations.

This raises reasonable doubts regarding unfair competition and inefficient use of this valuable energy source at European scale in the energy transition.

The analysis also questions if European policies are coherent: the EU Commission has in fact opened several infringement procedures; but with no “common European approach” ensuring that similar efforts are made by Member States to initiate the process to access hydropower. DG Competition and DG Environment still seem to act on a case-by-case basis, with no effort to define any common frame; while DG Energy “waits & sees”.

The authors conclude that the time has come for “Energy Union” to stop “silo” thinking and fragmented action. The moment is right to move forward with only one mind and a single voice across all EU Commission’s DGs.

See more on the Event page