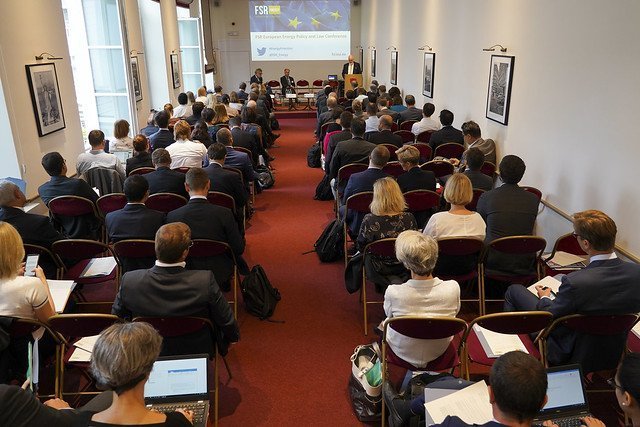 On the 12th of September 2019 in Brussels, the Florence School of Regulation organised the European Energy Policy and Law Conference dedicated to explore the immediate energy priorities for the next European Commission. The date of the conference followed Ursula van der Leyen’s announcement of the composition of the EU executive, appointing Frans Timmermans as responsible for the development of the European Green Deal and Kadri Simson in charge of the “Energy” portfolio. This gave an excellent opportunity to take stock of the legacy of the Juncker Commission and to debate what could be done to accelerate the energy transition in Europe.

Miguel Arias Cañete, the outgoing Commissioner for Climate Action and Energy, delivered the opening keynote address, during which he praised his predecessor, Andris Piebalgs, for introducing reforms, which completed the process of liberalisation of the electricity and gas market in Europe.  The outgoing Commissioner shared insights on the major changes and reforms introduced during his terms, with a focus on the Clean Energy Package negotiations.

During the afternoon session, Péter Kaderják, Minister of State for Energy Affairs and Climate Policy of Hungary delivered a second keynote address presenting the national perspective on the changing energy markets. Minister Kaderják reiterated the need for a coupled electricity and gas system supporting decarbonisation of other sectors such as transport and the need to adopt a technology neutral approach that does not exclude nuclear energy.

The morning keynote address was followed by four thematic sessions. The first, moderated by Andris Piebalgs, focused on discussing the EU’s renewable energy objectives. The panellists of the second session, moderated by Christopher Jones, discussed the challenges related to delivering the gas market of tomorrow. The third session tackled the infrastructural challenges to delivering a full energy transition and was moderated by Thierry Bros (OIES). The fourth session led by Christopher Jones focused on competition policy challenges. The final session moderated by prof. Jean-Michel Glachant concluded the event.

The key takeaways from the conference:

Check-out the photos of the event!