Can Renewable Gas Contribute to the EU Decarbonisation Efforts? 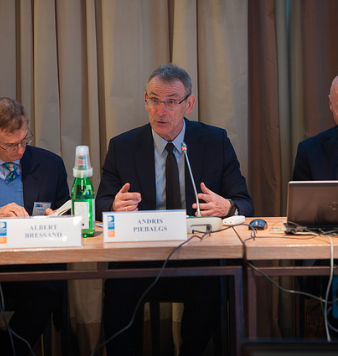 Last Monday, the 9th of April 2018, the Florence School of Regulation organised a Policy Workshop “The Renewable Gas Complex and the European Path to Decarbonisation”.

The future of gas in the decarbonised EU energy system and the questions whether gas is a transitional fuel or should be a destination fuel are now widely-debated not only among the EU policy-makers in Brussels, but also in the EU capitals and major European energy companies.

As FSR has been traditionally acting as a platform to facilitate the discussion between different stakeholders, we invited a broad range of speakers including academics from the University of Groningen and the University College London, the officials from the European Commission, ENTSOG and ACER, a representative of the German government and representatives of major European energy companies.

The event was divided into 3 sessions. In the first, we focused on the learning curve characteristics to different types of renewable gas (biogas, biomethane, syngas and hydrogen) and the role of the existing gas infrastructure. In the second and the third sessions, we addressed the question of how to accelerate the penetration of the renewable gas in the EU energy mix through policy and regulatory intervention in the short-, medium- and the long-term.

The workshop wrapped up with the following conclusions:

See the photo gallery from the workshop