The paper “Redesigning the Regulation of Electricity Distribution Under High Penetration of Distributed Energy Resources” (Bharatkumar, A., Jenkins, J., Burger, S., Perez-Arriaga, I.) was awarded as best paper (ex aequo) at the 4th Conference on the Regulation of Infrastructures (12 June 2015).

In the context of a global push to decarbonize power systems, novel technologies – including distributed energy resources (DER), smart grid technologies such as advanced power electronics and information and communication technologies, demand response, and active system management techniques – have transformed the power system from one of centralized generation and passive load to a network of increasingly decentralized generation and diverse system users (Eurelectric, 2013a). When properly integrated, many of these technologies have the potential to improve system efficiency, reduce carbon emissions, and improve social welfare (Poudineh and Jamasb, 2014). Integration of these technologies calls for a new regulatory framework in both developed and developing power sectors before inadequate regulation becomes a source of inefficiency. The effects of ill-designed regulation may prove more serious in regions where access to electricity is scarce and more highly valued, and where attracting investment is more critical. The regulation of the electricity distribution sector of the future should provide incentives that align agents’ objectives and actions with broader regulatory, policy, and social goals. Enhanced economic regulation of distribution utilities can better-align the incentives of network providers with broader power system goals, and price signals serve as similarly crucial mechanisms by which to guide the decisions of consumers and competitive service providers towards common objectives.

With the proliferation of new technologies, regulators are facing increased uncertainty regarding the evolution of network uses and the efficient cost of network investments and maintenance, as well as an increased informational disadvantage vis-à-vis the regulated utility. These challenges are especially important for regulatory approaches that establish some share of the utility’s allowed revenues ex ante (e.g., incentive regulation, also known as revenue or price cap regulation, RPI-X, performance-based regulation, or output-based regulation).

The authors propose a novel process for establishing the allowed revenues of an electricity distribution utility and demonstrate its application as a practical solution to the imminent regulatory challenges discussed above. The proposed method is a new combination of three established regulatory tools: 1) a distribution network-planning tool called a reference network model (RNM) for forward-looking benchmarking of efficient network expenditures; 2) an incentive compatible menu of contracts to elicit accurate forecasts from the utility and create incentives for cost saving efficiency efforts; and 3) ex post automatic adjustment mechanisms, or “delta factors,” to accommodate uncertainty in the evolution of network use and minimize forecast error (Jenkins and Pérez-Arriaga, 2014). This method aligns the actions of the distribution utility with the goals of regulators and policy makers, and grants the distribution utility the flexibility to engage in the activities best aligned with its core competencies.

The DNUoS charge is one of multiple price signals that will serve as mechanisms by which to guide distributed decision making to achieve system-wide objectives. As distribution system planning and operation transitions from a passive model to a model of active management of and interaction with network users selling services to the distribution network operator, the communication of accurate price signals derived from network planning and operational needs and the response of end users to those signals will be critical (Eurelectric, 2013b). More diverse technologies and patterns of system use require price signals that are agnostic to the particular activities and technologies deployed behind the meter. Thus, a comprehensive system of economic signals that includes regulated charges and market prices should reflect the value of electricity services to the distribution and broader power system.

With these elements, the authors construct the framework for a level playing field upon which the future of electricity service provision can take place. 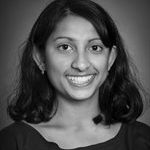 Ash Bharatkumar is a PhD student in the Engineering Systems Division at MIT and a research assistant with the MIT Energy Initiative’s Utility of the Future project, an interdisciplinary study of the technology, business model, and regulatory changes reshaping the power sector and electric utility industry. Her research focuses on the design of regulation and markets best suited for the integration of decentralized and centralized resources in a decarbonized power sector. Her core research interests include the development of theory and the use and development of computational tools to capture the physical impacts of distributed energy resources on power system planning and operations in order to inform the design of electricity markets, network regulation, and the pricing of electricity services. Ash completed her master’s degrees in Electrical Engineering and the Engineering Systems Division’s Technology and Policy Program at MIT, and her bachelor’s degree at the University of Wisconsin-Madison. 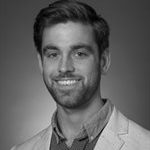 Scott Burger is an engineer, researcher, and consultant with expertise in distributed energy technologies, energy entrepreneurship, electric power systems, and energy project finance. Scott is pursuing a Masters in Technology and Policy and a PhD in Engineering Systems from the Massachusetts Institute of Technology, where he is a MIT-Shell Energy Fellow. Scott’s academic research with the MIT Energy Initiative focuses on the optimal deployment, system impacts, and climate implications of distributed energy systems within the broader electric power system.

Outside of research, Scott is the Managing Director of the MIT Clean Energy Prize, the nation’s largest student energy entrepreneurship competition. Scott successfully led the CEP in fundraising over $450,000 for the 2014-2015 competition. In addition, Scott is a Fellow with the PRIME Coalition, where he is developing a pipeline of potential resource innovation investments for PRIME’s philanthropic and family office investment partners.

Presentation given by Ash Bharatkumar

INTERVIEW AT THE CONFERENCE