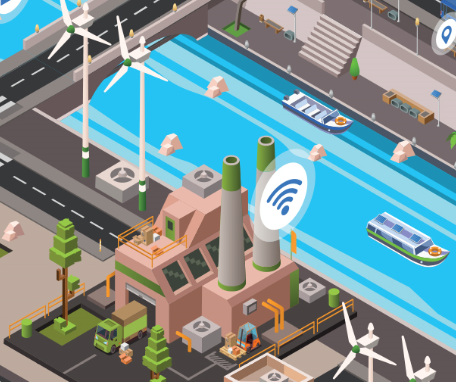 The paper “Regulating the Platform Economy: Problems, Challenges, Tools” (Becchis, F.*, Postiglione, M.*,  Valerio, S.) will be presented at the 8th Conference on the Regulation of Infrastructures (20-21 June, 2019 ).

In recent years, new organisational and business models, generally identified as ‘platforms’, have emerged and penetrated a wide spectrum of economic sectors, including for example transport and mobility, tourism and accommodation, logistics and delivery.

In this paper, firstly we focus on those structural features which seem to determine the growth of platforms and their disruptive effects on incumbent industries. Following Rauch and Schleicher (2015), we show how platforms’ success essentially lies in their ability to erase transaction costs, which in turns depends on the increasing availability of new technological means which connect people at previously unknown scales. Then, we outline a series of social mechanisms which contribute to the process of trust and reputation building in digital environments and attenuate problems of information asymmetry, thus increasing the density of market signals, the level of safety in transactions and the potential for growth of these business models. Moreover, we address the complex issue of defining the economic nature of platforms activities, with a focus on the ECJ decision on Uber: through the lens of the theory of the firm and the research programme on markets and hierarchies, we discuss whether platforms are pure intermediaries and should be allowed to freely establish and operate.

Secondly, we draw on the insights provided by Biber et al. (2017) to show that platforms’ business models can be considered disruptive not just because of their economic impact on incumbent industries, but also for their effects in terms of creation of “a policy problem that the existing regulatory regime does not effectively manage”. Following this approach, we analyse four main possible strategies regulators can choose between when they have to cope with policy disruption and decide how to address the entry of platforms in more or less heavily regulated markets: ban new operators, keep the pre-existing regulatory regime, create a new one or allowing platforms to be free to operate out of the traditional set of rules. We draw on a series of case studies to show how there is not a unique and prescriptive answer to such complex phenomena: independently from the specific decisions taken by regulators, what counts more is the rationale lying behind the behaviour of regulators. However, we also clearly state that blocking the entry of platforms and new business models should require other reasons than simply their economic impact on old industries and incumbents.

Finally, we focus on two crucial issues which seem to be relevant for the development of platforms and their long-term sustainability. First of all, we analyse the nature of the employment relationships which tend to arise in platform environments, addressing the longstanding debate on how platform workers should be classified. Then, we focus on the contentious issues of data collection, management and ownership, starting from the analysis of the economic nature of data, the existence of markets for data and the polarisation which seems to affect the current theoretical debate: on the one hand, we examine whether data have to be considered a mere issue of consumer and privacy protection, as suggested for example by Sokol and Comerford (2017); on the other, we highlight the main elements which characterise the school of thought represented by Arrieta Ibarra et al. (2017), who suggest to treat data as a competition issue and to consider platforms users as the legitimate owners of the data they produce. In light of this, we critically discuss some of the novelties introduced by the GDPR, paying special attention to the right to data portability and its potential ability to foster competition in digital markets.

Franco Becchis  is a Scientific Director of Foundation for the Environment and of “Turin School of Local Regulation”, he coordinates research programmes on regulation and innovation, on the interaction between economics, energy and the environment and on local public services, as well as capacity building and support activities for local public entities. Recently his interest has been focusing on the effects of platforms in reshaping local services and regulation. He has been adjunct Professor in Environmental Economics at the Polytechnic of Torino, University of East Piedmont, Saint John International University, he taught short courses at Universidad Autonoma de Madrid and Jyväskylä University. His last academic publication (ed) is “The Political Economy of Local Regulation”, Palgrave Macmillan, 2016.

Monica Postiglione is an Executive coordinator and international development of Fondazione per l’Ambiente and Turin School of Local Regulation. She is urban anthropologist with a PhD in Urban Planning from the University of Rome La Sapienza and a MSc from the LSE; in 2009 Monica has been ‘visiting student’ at Harvard University. Her main interests are represented by social, institutional and spatial changes which are transforming urban realities. In the last years she has been involved in a research on the platform economy and its effects.  Since 2017 she is collaborating with Fondazione per l’Ambiente as executive coordinator and international development.