In recent years, the EU has strengthened its commitment to reduce greenhouse gas (GHG) emissions, aiming to a 40% GHG decrease by 2030 (with respect to 1990 levels) and a 90-95% cut by 2050. Despite past technological improvements, the transport sector is still responsible for around one-quarter of Europe’s GHG emissions. Additionally, EU Road transport accounts for more than 70% of all GHG emissions from transport apart from CO2 emissions; it also contributes to the increased concentration of air pollutants such as NOX and PM in several European cities.

The workshop on the Competition and Regulatory aspects of Electric Vehicles (EV) Charging,  organized jointly by the Energy and Transport Areas of the FSR, examined the barriers in the transition from internal combustion engines to electro-mobility. Also, the potential impact of electro -mobility on the European electricity grid was discussed. 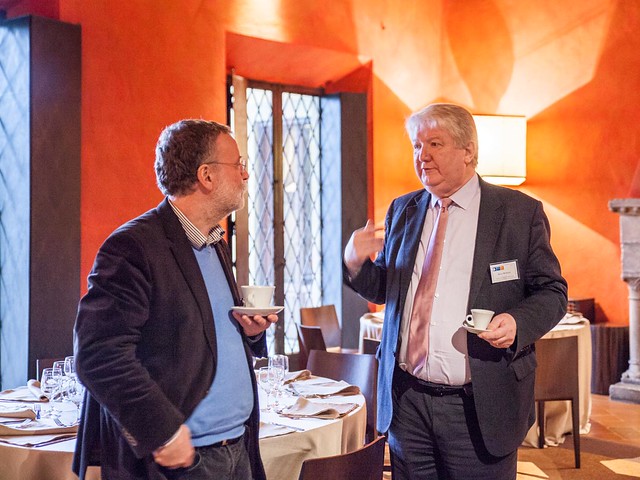 While the policy workshop featured a wide variety of perspectives, there was a general consensus that electric vehicles are an important contributor towards a more sustainable EU transport system. From the discussions, it was clear that already a significant level of competition exists in the EV manufacturing market. The trends indicate sustained growth both in demand as well as supply in the near future. The electric vehicle charging infrastructure, which is necessary to allow an even stronger penetration of EVs in the near future, emerged as the main point of concern.

Next to standardization of charging technologies, also the possible regulatory access regime options and business models that could be applied to the EV charging stations were an important point on the agenda. With a key question being: should market parties build, own and operate charging stations or should there be a strong role for the DSOs? More generally, it was discussed which segments of the EV charging value chain should be regulated and which ones should be open for the market.

In general, it is agreed upon that better urban planning that takes into account the possibility of electro-mobility is required. Also, smart charging solutions are expected to play an important role as they would allow the cost-efficient integration of charging stations into the electricity grid. Using parked EVs to address and not aggravate the flexibility challenge the electricity grid is facing, mainly due to the increasing share of intermittent renewables in the generation mix, was considered a very promising idea.

On the list of things that must still be addressed is the reoccurring challenge of increased cooperation between, regulators, system operators, automakers and charging point producers.

Energy security evolved from ensuring oil, gas and electricity supplies into a more interdisciplinary issue that is far more challenging,…